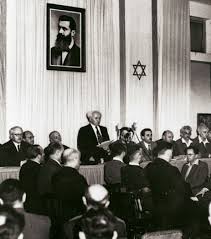 The Zionist Organization of America (ZOA) filed a false advertising complaint this week regarding the HaTikvah slates’s official platform page, which was published on January 14, 2015 on the official American election website for the World Zionist Congress elections.  The HaTikvah slate’s platform page falsely states that the HaTikvah slate works to “combat the Boycott, Divestment, Sanctions (BDS) movement.”   The “HaTikvah” slate’s false advertising will mislead voters.   In fact, the HaTikvah slate’s member organizations promote discriminatory boycotts and sanctions against Israeli Jews and international sanctions against Israeli officials that they disagree with as follows:

(5)    New Israel Fund (NIF):  NIF spent large sums of money erecting the BDS infrastructure, and continues to fund BDS groups and their co-conspirators .NIF grantees Adalah, B’Tselem and Breaking the Silence also provided the false information to Judge Goldstone which formed the basis of the false (and since discredited) Goldstone report that accused Israel of war crimes.  The BDS movement uses the false Goldstone report as one of its chief weapons to promote BDS against Israel.  The “US Campaign for the Academic & Cultural Boycott of Israel” has a web page entitled “Sections of Goldstone Report Very Useful for BDS and related campaigns.”   The NIF also funds groups that hire Arabs to viciously confront young Israeli soldiers with ugly personal provocations against the Israeli soldiers, their families and Israel.   There are always cameras filming these episodes, so that on the rare occasion when a young soldier responds strongly, these groups’ cameras film and disseminate the response, out of context – without showing the provocation or the rarity of such responses – to try to harm the humane IDF’s reputation.*

*Correction: A previous version of this release also referenced BDS activities of Adalah-NY and attributed these additional BDS activities to the NIF-funded Adalah.   A blogger who stated that he is a friend of persons involved then contacted ZOA.  This blogger stated that Adalah-NY is a separate entity from the NIF-funded Adalah.  The lack of information on Adalah-NY’s directors and associations makes the blogger’s claim that Adalah-NY is a separate entity difficult to confirm.  Apparently neither Adalah nor Adalah-NY is complaining that the other group is using the same name.  It thus seems that neither group has concerns about the other group’s actions which can understandably be attributed to the other.  Nonetheless, in the event the blogger’s information is correct, ZOA has removed Adalah-NY’s BDS activities from this paragraph.  The paragraph now only discusses Adalah’s activities which help the BDS movement.

We would love to hear from you! Please fill out this form and we will get in touch with you shortly.
Trending Z
News January 19, 2015
New Biden Nominees Opposed Abraham Accords & Involved in Israeli Election Interference
Uncategorized January 19, 2015
ZOA Letter to DOJ & FBI on New “Mapping Project” Antisemitic Threat by ZOA Pres. Morton Klein, Dir. of Research/Special Projects Liz Berney, Esq., Dir. Center for Law & Justice Susan Tuchman, Esq.
News January 19, 2015
ZOA’s Condemnation of Black Lives Matter Defended by JNS’ Tobin: Jews Supporting BLM Empowered Antisemitism
Op-Ed January 19, 2015
ZOA’s Mort Klein JPost Op-Ed: BDS Mapping Project Targets Every Jew, Including Left Wing, Israelophobic Jews
Center for Law & Justice
We work to educate the American public and Congress about legal issues in order to advance the interests of Israel and the Jewish people.
We assist American victims of terrorism in vindicating their rights under the law, and seek to hold terrorists and sponsors of terrorism accountable for their actions.
We fight anti-Semitism and anti-Israel bias in the media and on college campuses.
We strive to enforce existing law and also to create new law in order to safeguard the rights of the Jewish people in the United States and Israel.
Our Mission
ZOA STATEMENT
The ZOA speaks out for Israel – in reports, newsletters, and other publications. In speeches in synagogues, churches, and community events, in high schools and colleges from coast to coast. In e-mail action alerts. In op-eds and letters to the editor. In radio and television appearances by ZOA leaders. Always on the front lines of pro-Israel activism, ZOA has made its mark.
Related Articles
OP-ED ZOA Criticizes Obama For Supplying F-16s to Egypt’s Anti-Semitic Morsi & His Extremist Islamist Regime