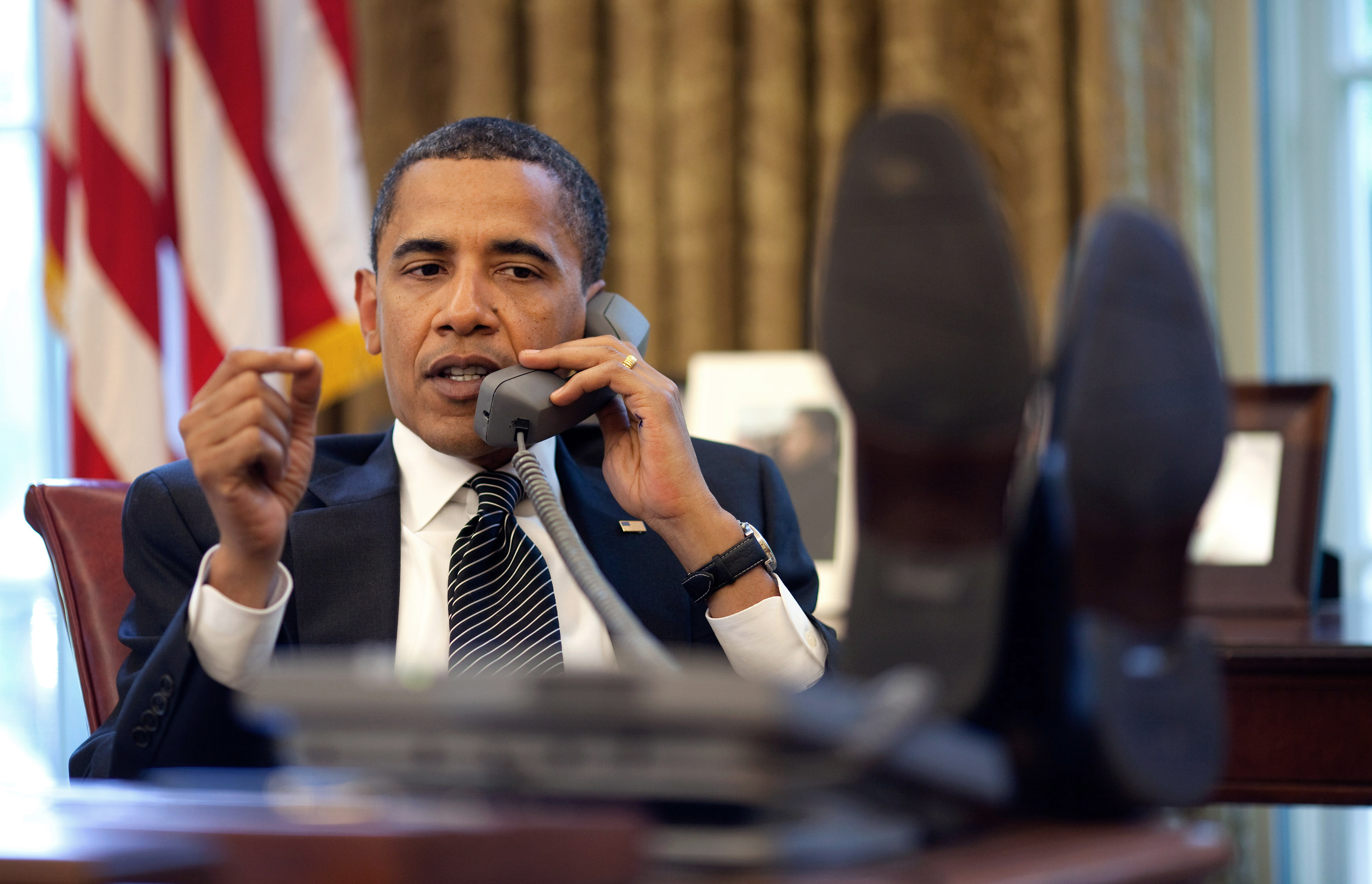 The Zionist Organization of America (ZOA) has noted that, just days after President Obama’s spokesmen accused House Speaker John Boehner of “breaking protocol” by inviting Israeli Prime Minister Benjamin Netanyahu to address a joint session of Congress, a team of up to five Obama campaign operatives has reportedly arrived in Israel to lead a campaign to defeat the Israeli Prime Minister in Israel’s upcoming elections, scheduled for March 17.

The group is working on supporting “anyone but Bibi,” in other words, on helping to form a leftwing Israeli government keener on unilateral concessions and quickly establishing a dangerous Palestinian Arab state led by Palestinian Authority (PA) dictator Mahmoud Abbas’ unreconstructed terror- and incitement to hatred-promoting anti-peace regime. Only days ago, the White House announced that President Obama would not meet the Israeli Prime Minister on his U.S. visit, so as to “avoid any appearance of influencing a foreign vote” (‘Obama won’t meet Netanyahu during PM’s Washington visit in March, says White House’, Jerusalem Post, January 22, 2015).

Yet, in 2009, when Iranian voters demonstrated against the rigged re-election of Iranian president Mahmoud Ahmadinejad, President Obama refused to support them, saying that, while he had “deep concerns … it’s not productive, given the history of U.S.-Iranian relations, to be seen as meddling — the U.S. President meddling in Iranian elections” (‘Remarks by President Obama and President Lee Myung-Bak of the Republic of Korea in Joint Press Availability,’ June 16, 2009). In 2011, however, President Obama publicly and repeatedly pressured an American ally, Hosni Mubarak, to step down “now” and hold elections immediately.

Reports indicates that a team of up to five Obama campaign operatives has already arrived in Israel to lead the anti-Netanyahu campaign, called ‘V15’ (short for ‘Victory in 2015’) and is reportedly being led by President Obama’s 2012 field director, Jeremy Bird. Bird was the field director for South Carolina in Obama’s primary campaign for the 2008 election. Early opinion polls in the state gave Obama and Hillary Clinton equal odds, but in the primary vote Obama beat her two to one. That victory helped Obama to clinch the Democratic nomination, and it resulted in Bird’s promotion to deputy national field director for the 2008 national election.

The money and organization comes from V15’s partnership with OneVoice. Founded in 2002 by the Mexican-born, U.S.-based businessman and philanthropist Daniel Lubetzky, OneVoice describes itself on its website as “an international grassroots movement that amplifies the voice of mainstream Israelis and Palestinians, empowering them to propel their elected representatives toward the two-state solution.” (Roy (Chicky) Arad, ‘The Obama campaign strategist who could break the Israeli elections wide open,’ Haaretz, January 26, 2015).

“President Obama had no problem with British Prime Minister David Cameron recently addressing Congress to make the case he favors opposing sanctions legislation. And U.S. presidents have a long tradition of meeting Israeli prime ministers who are going to the polls –– Bill Clinton meet with Shimon Peres just prior to Israeli elections in 1996; he also met with Ehud Barak prior to Israeli elections in 2001. Obama not meeting Netanyahu has nothing to do with the proximity to Israel’s elections and everything to do with his opposition to Netanyahu making the case for sanctions on Iran.”

We would love to hear from you! Please fill out this form and we will get in touch with you shortly.
Trending Z
News January 28, 2015
At ZOA Gala Secy Pompeo Gave the Greatest, Most Pro-Israel Speech Ever Delivered by a Public Official
News January 28, 2015
Dershowitz in Arutz 7: NYC’s Temple Emanu-El Silences a Pro-Israel Voice & Promotes an Anti-Israel Voice
Uncategorized January 28, 2015
Jewish Press: Has Deborah Lipstadt Undercut Both Herself and Future Antisemitism Envoys?
News January 28, 2015
NEW YORK POST: Democratic Leaders’ Shocking Silence Over Attacks on Israel by Fellow Dems
Our Mission
ZOA STATEMENT
The ZOA speaks out for Israel – in reports, newsletters, and other publications. In speeches in synagogues, churches, and community events, in high schools and colleges from coast to coast. In e-mail action alerts. In op-eds and letters to the editor. In radio and television appearances by ZOA leaders. Always on the front lines of pro-Israel activism, ZOA has made its mark.
Center for Law & Justice
We work to educate the American public and Congress about legal issues in order to advance the interests of Israel and the Jewish people.
We assist American victims of terrorism in vindicating their rights under the law, and seek to hold terrorists and sponsors of terrorism accountable for their actions.
We fight anti-Semitism and anti-Israel bias in the media and on college campuses.
We strive to enforce existing law and also to create new law in order to safeguard the rights of the Jewish people in the United States and Israel.
Related Articles
OP-ED BY: Morton A. Klein ZOA: Iran Pres. Rouhani’s Boasting of Deceiving West on Iran’s Nuclear Weapons Program Underscores the Fraudulence of his Moderate Image