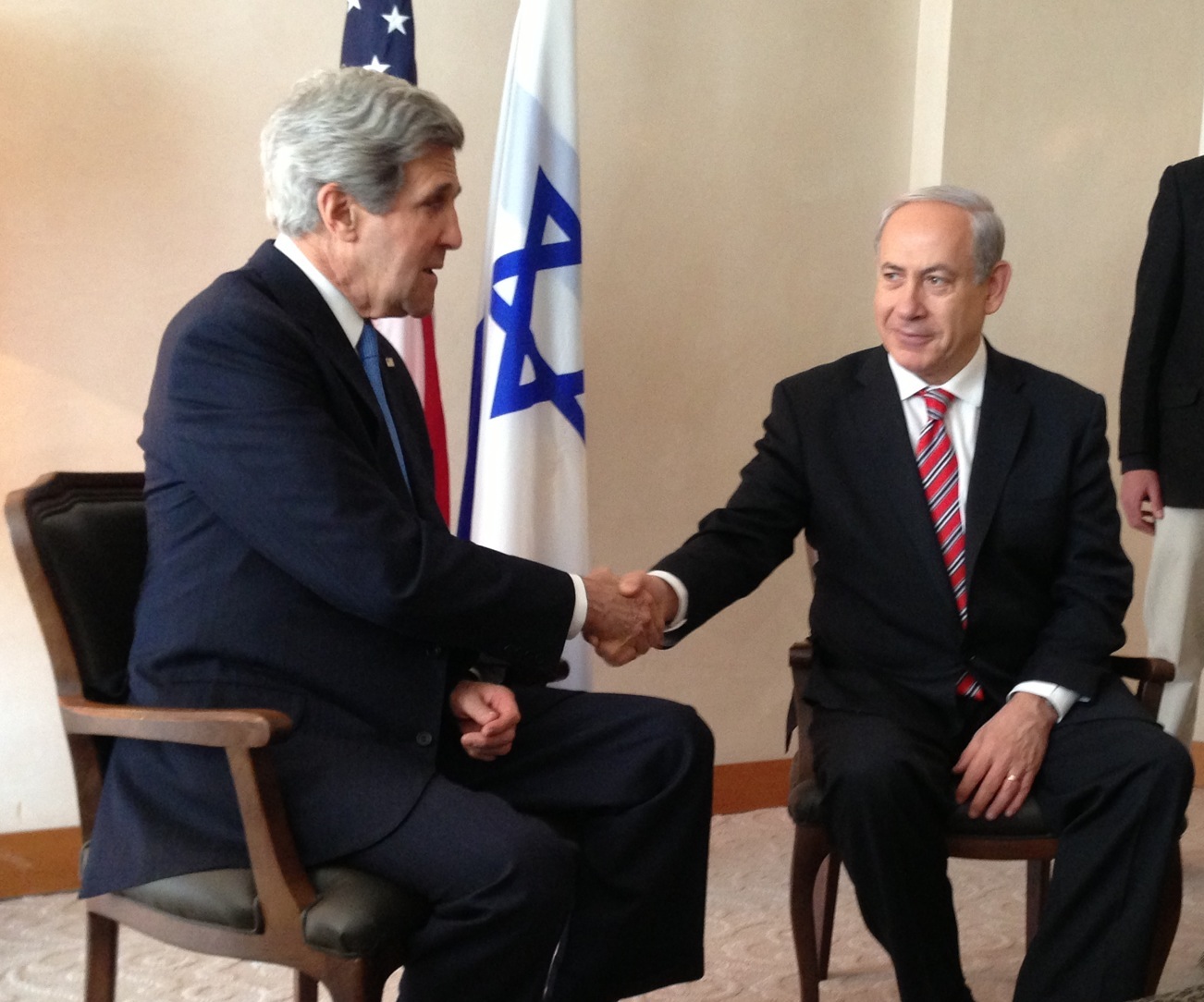 The Zionist Organization of America (ZOA) congratulates Israeli Prime Minister Benjamin Netanyahu on his reelection victory in what was a tightly and fiercely fought election. The ZOA believes the result is a victory for realism and security, and a defeat for policies based on fantasy and appeasement, projected as “hope and change” by the Zionist Union, led by Isaac Herzog and Tzipi Livni.

ZOA National President Morton A. Klein said, “We congratulate Prime Minister Netanyahu on his victory. Contrary to predictions, life-and-death issues of security were a vital aspect of this campaign and it is clear that it was on this basis that the Israeli electorate decided to endorse Benjamin Netanyahu, rather than Isaac Herzog and Tzipi Livni.

This should not be surprising: polls have shown that the Israeli electorate does not trust President Obama, nor does it support the concessions he keeps demanding of Israel.

“It is now clear that Tzipi Livni was seen as a liability for the Zionist Union’s prospects on the basis of her past concessionary policies to an unreconstructed terror-supporting, anti-peace Palestinian Authority (PA) dictatorship. That is why, at the eleventh hour, Mr. Herzog announced that, contrary to the original plan, he would not rotate the premiership with Ms. Livni if elected to office.

“This last-minute change of tack had nothing to do with any policies other than security. They realized that security remained an uppermost issue for the Israeli electorate, which did not have confidence in Ms. Livni to do the job in the top post.

“This reflects a fact that will not go away: to this day, the left-wing parties have not come clean and admitted that the Oslo process they championed, initiated and pursued was an unmitigated disaster which brought death and injury to Israeli cities and rendered the country vulnerable to increasing security threats, especially from Gaza.

“This failure to come clean and opting instead to continue pursuing the same failed policies with the same, unchanged, terror-supporting, anti-peace PA seems to have continually deprived the Israel left of a larger share of the vote.

“We note that Prime Minister Netanyahu won in the face of a very personal, negative campaign which was strongly aided by foreign money, including from the European Union and, if reports are correct, by the U.S. State Department. Reports indicate the State Department may have contributed as much as $350,000 to the anti-Netanyahu campaign. If so, such a shameless and extraordinary intervention in internal Israeli election processes is deserving of investigation, as the U.S. Senate has proposed.

“Despite the economic issues in Israel which, it is believed, gave momentum to the Zionist Union campaign, despite the efforts of the Obama Administration to make legitimate policy differences between itself and Jerusalem a source of friction to fuel the anti-Netanyahu campaign, despite President Obama’s efforts to harm Mr. Netanyahu by urging Democratic Members of Congress to boycott his address to a joint meeting of Congress, the parties of the right-of-center won.

“This should not be surprising: polls have shown that the Israeli electorate does not trust President Obama, nor does it support the concessions he keeps demanding of Israel.

“A July 2013 Israel Democracy Institute and Tel Aviv University poll found that 63% of Israeli Jews opposed a withdrawal to the 1949 armistice lines with land swaps as part of any peace arrangement with the PA, even if it meant Israel would hold onto to major Jewish communities across the green line. Several other poll results in recent years confirm this.

“This being the case, why would the majority of Israeli electorate choose the Zionist Union, backed by foreign government money, whose leader repeatedly stated ‘I’m going  to Ramallah.’ This is a party which seeks to put further concessions to the PA on the table despite the utter lack of change within the PA itself, which allied itself with the Nazi-like Hamas terror regime, and continues to promote hatred and violence. The PA has never relinquished the so-called ‘right of return,’ has gone to the International Criminal Court in an effort to charge Israel with war crimes, and has refused to negotiate for all but one week in the past 6 years.”

“The Israeli electorate feared that they could not rely on President Obama with respect to any major security issue. President Obama’s actions compelled Israelis to believe that he didn’t ‘have Israel’s back’ as he has repeatedly claimed to do.

“In last year’s Gaza war, Israelis saw a president who attempted to foist upon Israel the Hamas-compliant Qatari ceasefire terms, before Israel was able to destroy Hamas terror tunnels and their missiles. Israelis saw that Obama withheld resupply of Hellfire missiles, and imposed a temporary ban on flights to Ben Gurion airport on the flimsiest of pretexts. They also saw a President who has ignored bipartisan Israeli concerns over allowing Iran to become a nuclear threshold state, with a path to nuclear weapons at the end of the agreement being negotiated in Geneva.

Israelis saw that President Obama was not doing all he could to support Israel on major security issues in their time of need. Because of all these occurrences, Israelis realized that security is really the most important issue at this very dangerous time, given the Iran, Hamas, Hizballah and PA threats to Israel. Understandably, Israelis felt that, if they couldn’t depend on Obama’s help on vital security issues, they had to go with the strongest and most experienced candidate on security, and that was Benjamin Netanyahu, not Isaac Herzog or Tzipi Livni.”

We would love to hear from you! Please fill out this form and we will get in touch with you shortly.
Trending Z
Uncategorized March 18, 2015
ZOA Analysis: Most American Rabbis Who Are Boycotting Some Israeli Ministers Are From Extremist Left Wing Groups (J Street; T’ruah; JVP)
Uncategorized March 18, 2015
ZOA: Israel’s Reasonable Judicial Reform Proposals Are Good for Democracy, the Rule of Law and the Economy
News March 18, 2015
ZOA is Disappointed, Offended and Frightened by 211 U.S. House Votes Supporting Jew-Hating, Israel-Hating Rep. Ilhan Omar
Uncategorized March 18, 2015
Israel’s “Right of Return” Grandparent Clause is De-Judaizing the Jewish State – Eliminate It
Center for Law & Justice
We work to educate the American public and Congress about legal issues in order to advance the interests of Israel and the Jewish people.
We assist American victims of terrorism in vindicating their rights under the law, and seek to hold terrorists and sponsors of terrorism accountable for their actions.
We fight anti-Semitism and anti-Israel bias in the media and on college campuses.
We strive to enforce existing law and also to create new law in order to safeguard the rights of the Jewish people in the United States and Israel.
Our Mission
ZOA STATEMENT
The ZOA speaks out for Israel – in reports, newsletters, and other publications. In speeches in synagogues, churches, and community events, in high schools and colleges from coast to coast. In e-mail action alerts. In op-eds and letters to the editor. In radio and television appearances by ZOA leaders. Always on the front lines of pro-Israel activism, ZOA has made its mark.
Related Articles
OP-ED BY: Morton A. Klein, ZOA Jerusalem is Holy to Jews, Not to Muslims