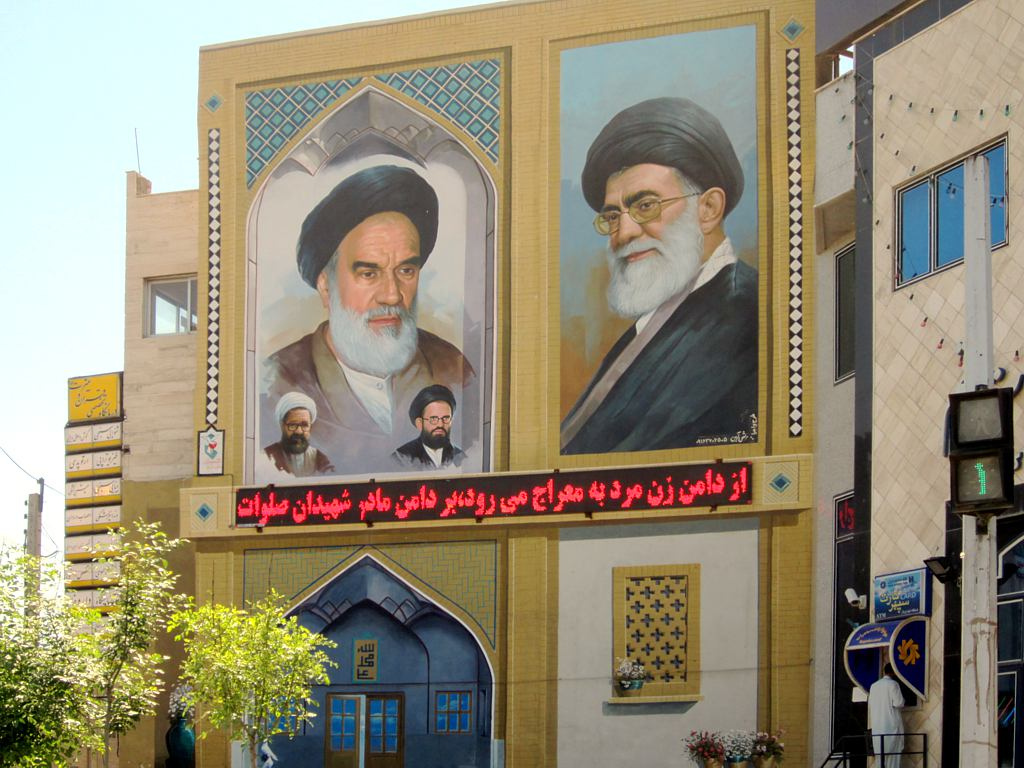 This week (on Wednesday May 19), during a cadet graduation ceremony, Iran’s Supreme Leader Ayatollah Khamenei reiterated that: “the Islamic Republic will not allow any inspection of its military sites by foreign agents.”  Khamenei added that he would also not allow foreigners to interview or speak with Iran’s nuclear scientists, thereby rendering any semblance of inspections impossible.

France’s foreign minister also revealed this week that Iran is demanding a 24-day period after the reporting of a suspected Iranian violation before International Atomic Energy Agency inspectors would be allowed to visit the relevant nuclear site.   The French foreign minister aptly noted: “a lot of things can disappear” in 24 days.   Iran’s latest demand makes it impossible to ensure that Iran does not violate any nuclear deal.

On May 6, 2015, Iranian Revolutionary Guard Deputy Commander Hossein Salami broadcasted a series of warnings to America, reiterating warnings made by Khamenei the same day.  Salami made it clear that Iran is building its weapons arsenal for a protracted and possibly victorious war against the United States – not for peace, as follows:

“I warn the Americans that we have built our strength for the purpose of long, extended wars, with a real possibility to overcome them, more than for the purpose of peace, compromise, and dialogue with them.   Therefore, the Americans should take these warnings seriously.  If they are relying on their aircraft carriers as a source of power, they should know that these carriers will be destroyed.  If they use air bases (in the region), these will be burned.  If they want to fly their airplanes, they should know that all the skies will be set ablaze.  I warn their pilots that their first flight will be their last, and that none of them will return home safe and sound. . . . We welcome war with the Americans.”

(Salami’s speech with English subtitles can be seen on MEMRI’s website, here.)

The Gulf nations have also been warning America of the dangerous consequences of the Iranian nuclear deal currently in the works.  Last week (on May 13, 2015), journalist Abdulrahman al-Rashed (former General Manager of the Saudi-owned Al Arabiya News Channel, and former editor-in-chief of the London-based leading Arab daily Asharq al-Awsat) wrote an article in Al Arabiya entitled: “The Nuclear Deal Will Empower Iran’s Hardliners,” explaining that the current deal empower Tehran’s hawks and will give Iran the funds to finance further aggression.  Al-Rashed noted that, particularly in light of the fact that the U.S. failed to link the lifting of sanctions to an Iranian obligation to halt its military adventures, the nuclear agreement will enable Iran’s hardliners to “feel more confident, aware that foreign threats have been neutralized and no one will be able to confront them,” strengthen the hardliners, and provide the hardliners with the funds to wage warfare.

“It is time to listen carefully to the words of Iran’s leaders.  Iran is seriously preparing for war with America, and welcomes war with America.  Iran openly declares that it will continue its nuclear weapons program and its worldwide aggression and terror, and will not agree to agreement terms that curtail its ability to do so.  In other words, the Iranian deal amounts to a dangerous total American capitulation to Iran.”

We would love to hear from you! Please fill out this form and we will get in touch with you shortly.
Trending Z
News May 26, 2015
ZOA Deplores that Pres. Trump Dined with Jew-Haters Kanye West & Nick Fuentes, and Demands he Condemn Them
Uncategorized May 26, 2015
ZOA Honors Trump With Rarely Given Herzl Award for His Great Pro-Israel Work – Joins Ranks of Balfour, Truman, Begin, Meir, Ben-Gurion
News May 26, 2015
ZOA Responds to Questions About Pres. Trump, Kanye West, Fuentes, etc. Issue
Uncategorized May 26, 2015
Zionist Organization of America Honors Donald Trump for Support for Israel, Jewish Community
Center for Law & Justice
We work to educate the American public and Congress about legal issues in order to advance the interests of Israel and the Jewish people.
We assist American victims of terrorism in vindicating their rights under the law, and seek to hold terrorists and sponsors of terrorism accountable for their actions.
We fight anti-Semitism and anti-Israel bias in the media and on college campuses.
We strive to enforce existing law and also to create new law in order to safeguard the rights of the Jewish people in the United States and Israel.
Our Mission
ZOA STATEMENT
The ZOA speaks out for Israel – in reports, newsletters, and other publications. In speeches in synagogues, churches, and community events, in high schools and colleges from coast to coast. In e-mail action alerts. In op-eds and letters to the editor. In radio and television appearances by ZOA leaders. Always on the front lines of pro-Israel activism, ZOA has made its mark.
Related Articles
OP-ED BY: ZOA ZOA Condemns Physicist Stephen Hawking Boycott of Israel