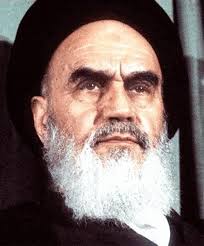 A new poll has shown that the American public, by a decisive margin of 2 to 1, opposes President Barack Obama’s nuclear agreement with extremist Shia Islamic Republic of Iran signed in Vienna last month. The national poll, conducted by Quinnipiac University during July 23-28, found that 57% American voters oppose the nuclear deal, as compared to a mere 28% who support it. Additionally, by a similar 2 to 1 margin, 58% of Americans believe that President Obama’s nuclear agreement with Iran will not make the world a safer place, as opposed to a mere 30% who believe that it will.

The Quinnipiac poll also found that:

Americans disapprove of President Obama’s handling of the situation with Iran by 56% to 35%.

Americans disapprove of President Obama’s handling of the situation with Iran by 56% to 35%.

Americans disapprove of the way President Obama is handling the nation’s foreign policy by 55% to 39%.

ZOA National President Morton A. Klein said, “This poll finding shows that, by a decisive 2 to 1 margin, Americans oppose the disastrous nuclear deal signed by the Obama Administration with Iran.

“These findings, moreover, are consistent with several earlier ones that preceded the deal –– for example a March 2015 Rasmussen poll which found that 60% of Americans did not believe that the deal then being negotiated with Iran would stop Iran’s nuclear weapons program, as opposed to a mere 33% who said that it would.

“Another Rasmussen poll in March 2015 also found that 60% of the American public wanted the Congress to approve or disapprove the eventual deal negotiated with Iran –– something which of course has been circumvented by President Obama, who went straight to the UN to bind the U.S. internationally before Congressional review could be undertaken.

“The associated findings show an American public that lacks confidence in President Obama’s handling of Iran, the country’s foreign policy more generally and the presidency itself.”

We would love to hear from you! Please fill out this form and we will get in touch with you shortly.
Trending Z
Uncategorized August 4, 2015
ZOA Analysis: Most American Rabbis Who Are Boycotting Some Israeli Ministers Are From Extremist Left Wing Groups (J Street; T’ruah; JVP)
Uncategorized August 4, 2015
ZOA: Israel’s Reasonable Judicial Reform Proposals Are Good for Democracy, the Rule of Law and the Economy
News August 4, 2015
ZOA is Disappointed, Offended and Frightened by 211 U.S. House Votes Supporting Jew-Hating, Israel-Hating Rep. Ilhan Omar
Uncategorized August 4, 2015
Israel’s “Right of Return” Grandparent Clause is De-Judaizing the Jewish State – Eliminate It
Center for Law & Justice
We work to educate the American public and Congress about legal issues in order to advance the interests of Israel and the Jewish people.
We assist American victims of terrorism in vindicating their rights under the law, and seek to hold terrorists and sponsors of terrorism accountable for their actions.
We fight anti-Semitism and anti-Israel bias in the media and on college campuses.
We strive to enforce existing law and also to create new law in order to safeguard the rights of the Jewish people in the United States and Israel.
Our Mission
ZOA STATEMENT
The ZOA speaks out for Israel – in reports, newsletters, and other publications. In speeches in synagogues, churches, and community events, in high schools and colleges from coast to coast. In e-mail action alerts. In op-eds and letters to the editor. In radio and television appearances by ZOA leaders. Always on the front lines of pro-Israel activism, ZOA has made its mark.
Related Articles
OP-ED BY: ZOA ZOA Condemns Physicist Stephen Hawking Boycott of Israel