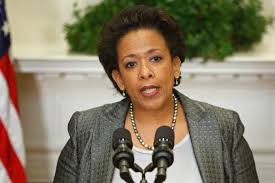 Attorney General of the United States

We write on behalf of the Zionist Organization of America (ZOA), the oldest and one of the largest pro-Israel organizations in the U.S., which has played a leading role – both here and in Israel – in fighting for the rights of American victims of Palestinian Arab terrorism.  It was the ZOA that initiated the bill that became 2004’s Koby Mandell Act, creating a new office in the Department of Justice to capture all foreign nationals, including Palestinian Arabs, who have killed or harmed Americans overseas.

We understand that the Department of Justice is presently considering whether to submit a Statement of Interest (pursuant to 28 U.S.C. § 517) in the Sokolow case, referenced above, which was tried before a Manhattan federal jury last winter.  After a seven-week trial, the jury found the Palestine Liberation Organization (PLO) and the Palestinian Authority (PA) liable for planning and supporting six deadly terrorist shootings and bombings in Israel in the early 2000’s, which killed and severely injured dozens of innocent people, including numerous American citizens.  The jury awarded the plaintiffs $218.5 million in damages which, under the Antiterrorism Act, were automatically tripled to more than $655 million.  The victims have asked the presiding judge to enter a judgment consistent with the jury’s verdict.  Not surprisingly, the PLO and the PA are seeking to stay execution of the judgment; they claim that they are unable to pay the damages assessed against them, and they refuse to post any security while their appeal is pending.

You pledged that in discharging your duties as Attorney General, you would “always” be “mindful of the need to protect not just American citizens but also American values.

We strongly urge the Justice Department not to take any position in the case that would in any way undermine the jury’s verdict and the right of the many American victims of terrorism and their families to be compensated – even though there is no amount of money that could ever truly compensate these individuals for their horrific losses, pain and suffering.  These American citizens waited 10 long years to have their claims heard by a fair and impartial jury.  After a seven-week trial, at which the PLO and the PA had full opportunity to present their evidence, the jury decided that these terrorist entities knowingly planned, funded and carried out the heinous attacks that led to the murder and devastating injuries of many American citizens, and that these victims and their families should be compensated for the damages they suffered.  In short, the legal system worked.

In any civil action where damages are assessed against a defendant, the defendant cannot escape responsibility by claiming that the judgment would be hard or inconvenient to satisfy.  That the PLO and the PA could even claim economic hardship is ludicrous – particularly since the plaintiffs have agreed to receive their due compensation in small monthly installments.  The PLO and the PA plainly have plenty of money to line the pockets of their top officials and to reward terrorism perpetrated against innocent Jews by paying convicted terrorists and the families of dead terrorists.  If our government expresses even a hint of interest in showing any leniency toward the PLO and the PA, then we would be sending exactly the wrong message to terrorists and sponsors of terrorism:  That we in any way show understanding of the alleged difficulties confronted by murderers of American citizens, instead of holding them fully accountable for their unlawful and criminal behavior.

Last January, you made a commitment to the American people at the U.S. Senate confirmation hearing on your Attorney General nomination.  In your opening statement, you made it clear that “protecting the American people from terrorism must remain the primary mission of today’s Department of Justice.”  You committed yourself to “use every available tool to bringing terrorists to justice.”  And you pledged that in discharging your duties as Attorney General, you would “always” be “mindful of the need to protect not just American citizens but also American values.”

Innocent American citizens, who were murdered without mercy and horrifically maimed and wounded as a result of the actions of the PLO and the PA, are counting on you, the Attorney General of the United States, to protect them.  American values include respect for our legal system, including our cherished right to trial by jury.  All of us are counting on you to protect these values.  We urge you to stand behind the pledge you made to the American people only a few months ago.  After years of struggle, American victims and their families finally secured justice against the PLO and the PA.  Please do not do anything that would in any way impair their rights and prevent the justice they are due from being served.

That means siding with the victims of terrorism, not with the terrorists.  As the top law enforcement officer in the U.S., your place is with American victims, not with the criminals.  If the Department of Justice weighs in at all, it should state forcefully and unambiguously that the PLO and the PA must be required to pay the full amount of the damages assessed against them by the jury.  Our government must demand that these terrorist entities pay the price for their horrific crimes.

We would love to hear from you! Please fill out this form and we will get in touch with you shortly.
Trending Z
News August 6, 2015
ZOA Condemns U.S. State Dept. & U.S. Amb. Nides For Siding with Antisemitic, Discriminatory Palestinian & Hamas Terrorists re: the Temple Mount, Violating Jews’ Religious Freedom
Uncategorized August 6, 2015
FLASH: ISRAEL-JORDAN PEACE TREATY (1994) GUARANTEES JEWS ACCESS TO THE TEMPLE MOUNT – LET MY PEOPLE PRAY
Uncategorized August 6, 2015
ZOA Analysis: Most American Rabbis Who Are Boycotting Some Israeli Ministers Are From Extremist Left Wing Groups (J Street; T’ruah; JVP)
Uncategorized August 6, 2015
Israel’s “Right of Return” Grandparent Clause is De-Judaizing the Jewish State – Eliminate It
Center for Law & Justice
We work to educate the American public and Congress about legal issues in order to advance the interests of Israel and the Jewish people.
We assist American victims of terrorism in vindicating their rights under the law, and seek to hold terrorists and sponsors of terrorism accountable for their actions.
We fight anti-Semitism and anti-Israel bias in the media and on college campuses.
We strive to enforce existing law and also to create new law in order to safeguard the rights of the Jewish people in the United States and Israel.
Our Mission
ZOA STATEMENT
The ZOA speaks out for Israel – in reports, newsletters, and other publications. In speeches in synagogues, churches, and community events, in high schools and colleges from coast to coast. In e-mail action alerts. In op-eds and letters to the editor. In radio and television appearances by ZOA leaders. Always on the front lines of pro-Israel activism, ZOA has made its mark.
Related Articles
OP-ED BY: ZOA Staff J Street Poll Shows 72% of American Jews Support Building in Judea/Samaria