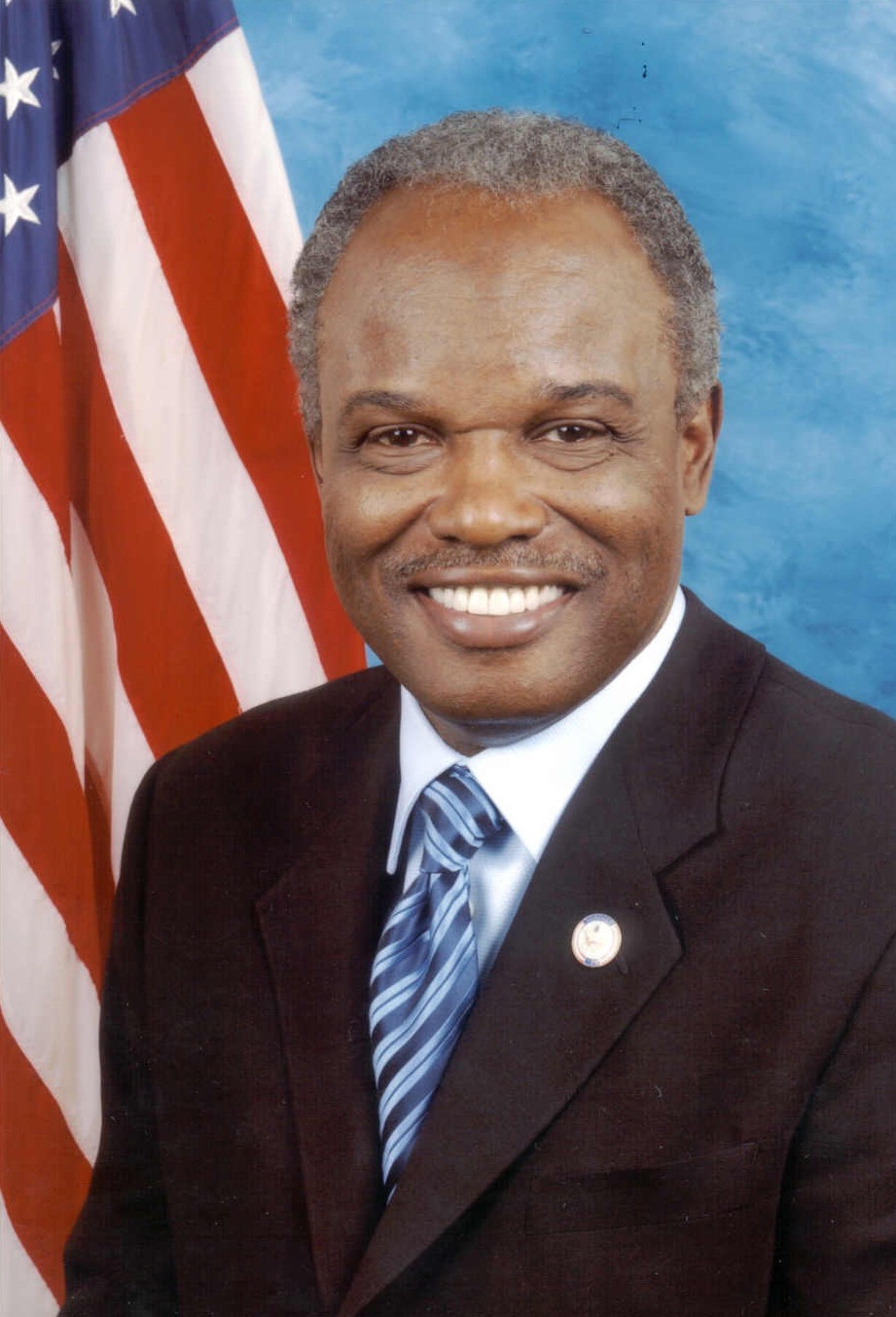 The Zionist Organization of America (ZOA) strongly praises African-American Democrat U.S. Congressman David Scott (D-Ga.) for announcing that he will vote to disapprove the catastrophic Iran deal, formally called the Joint Comprehensive Plan of Action (JCPOA) – and for his alternative proposal to step up sanctions until a good agreement is obtained.  The ZOA also commends Congressman Scott’s expert descriptions of the parameters of a good versus bad deal.

The ZOA praises Congressmen Scott for his leadership and service as a Member of the NATO Parliamentary Assembly, and as General Rapporteur of the Assembly’s Science and Technology Committee.  In 2012, Congressman Scott provided a detailed report to the NATO Parliamentary Assembly, which presented disturbing evidence of Iran having a hidden military nuclear weapons component to its nuclear program.  Congressman Scott’s strong leadership helped pass a resolution at the 2012 NATO meeting, gaining the support of 27 other nations to join the United States and Israel to stop Iran from securing a nuclear bomb.  Congressman Scott supports a strong American military and robust foreign policy and has demonstrated a firm commitment to America’s relationships abroad particularly, with Israel and our NATO allies.   (See Congressman Scott’s website.)

Congressman Scott supports a strong American military and robust foreign policy and has demonstrated a firm commitment to America’s relationships abroad particularly, with Israel and our NATO allies.

Among other things, Congressman Scott’s report to the NATO Parliamentary Assembly explained that Iran has still failed to resolve outstanding issues raised by the International Atomic Energy Agency (IAEA) regarding possible military dimensions (PMDs) of Iran’s nuclear program, and regarding Iran’s failure to provide “access without delay to all sites, equipment, persons and documents requested.”  The report stated these possible military dimensions of Iran’s nuclear program include evidence of Iranian:

“The most pressing concern in terms of this report is the development of ballistic missiles that could carry nuclear warheads.  Already, Iran is the only country that has developed missiles with a range of over 2,000 km without having manufactured nuclear warheads first (Elleman, 2012).  Most worrying is that information at the disposal of the IAEA indicates that a link existed between the alleged project to covertly procure HEU [highly enriched uranium] for possible conversion into a warhead (Project 5) and 2002-2003 studies on a new missile re-entry vehicle (Project 111).  The data suggests that Project 111 “consisted of a structured and comprehensive programme of engineering studies to examine how to integrate a new spherical payload into the existing payload chamber which would be mounted in the re-entry vehicle of the Shahab 3 missile” (IAEA, 2011).  Also, the IAEA adds, “additional work was conducted on the development of a prototype firing system that would enable the payload to explode both in the air above a target, or upon impact of the re-entry vehicle with the ground.”  Iran agrees that such a firing system “would constitute a programme for the development of a nuclear weapon,” but disputes carrying out such work.”

Congressman Scott is one of the first two members of the Congressional Black Caucus to oppose the Iran deal.

During a recent interview on “A Closer Look,” Congressman Scott voiced his opposition to the Iran agreement, explaining:

“It’s a good deal for Iran, for Russia, China and probably Hezbollah, but is it not, definitely not a good deal for Israel or for the United States or our allies – especially Jordan and Saudi Arabia.”

“Under this agreement … it allows for Iran to get a nuclear bomb.  In essence it sort of permits it too, within the agreement, without Iran having to cheat at all.”

Congressman Scott said when nuclear negotiations with Iran first started, all the nations involved – including the United Nations and NATO – agreed that under no circumstances would Iran acquire a nuclear weapon or the capacity to build one – yet “This agreement allows them to do that.”

And previously, in a CNN.com article, Congressman Scott wrote:

“What would be a good deal?

“A good deal eliminates every Iranian pathway to a nuclear weapon and allows for “anytime, anywhere” inspections to verify Iranian compliance.  A good deal must restrict Iran’s nuclear capabilities, including those for research and development, until the country demonstrates to inspectors that it no longer seeks a nuclear weapons capability.

“All military facilities must be available for inspection, and Iran must not be permitted to veto specific inspections. Any international mechanism set up for oversight of this process must be able to investigate any new tips quickly.  Attempts by Iran to block inspectors or conceal information must be dealt with swiftly.  And Iran must accept that Israel has a right to exist.

“What would be a bad deal?

“One that would (1) leave Iran as a nuclear threshold state, which would enable it to keep moving quickly toward a nuclear weapon; (2) spur a nuclear proliferation race among the Middle Eastern countries; (3) embolden Iran to expand influence aggressively in the region; (4) permit a fully nuclear Iran to have even greater impact on the futures of Syria, Iraq and other failing states; and (5) leave the United States, NATO and Israel seriously to consider two bad choices: taking military action against Iran or allowing Iran to get a nuclear weapon. . . .”

We would love to hear from you! Please fill out this form and we will get in touch with you shortly.
Trending Z
News August 14, 2015
ZOA Condemns U.S. State Dept. & U.S. Amb. Nides For Siding with Antisemitic, Discriminatory Palestinian & Hamas Terrorists re: the Temple Mount, Violating Jews’ Religious Freedom
Uncategorized August 14, 2015
FLASH: ISRAEL-JORDAN PEACE TREATY (1994) GUARANTEES JEWS ACCESS TO THE TEMPLE MOUNT – LET MY PEOPLE PRAY
Uncategorized August 14, 2015
ZOA Analysis: Most American Rabbis Who Are Boycotting Some Israeli Ministers Are From Extremist Left Wing Groups (J Street; T’ruah; JVP)
Uncategorized August 14, 2015
Israel’s “Right of Return” Grandparent Clause is De-Judaizing the Jewish State – Eliminate It
Center for Law & Justice
We work to educate the American public and Congress about legal issues in order to advance the interests of Israel and the Jewish people.
We assist American victims of terrorism in vindicating their rights under the law, and seek to hold terrorists and sponsors of terrorism accountable for their actions.
We fight anti-Semitism and anti-Israel bias in the media and on college campuses.
We strive to enforce existing law and also to create new law in order to safeguard the rights of the Jewish people in the United States and Israel.
Our Mission
ZOA STATEMENT
The ZOA speaks out for Israel – in reports, newsletters, and other publications. In speeches in synagogues, churches, and community events, in high schools and colleges from coast to coast. In e-mail action alerts. In op-eds and letters to the editor. In radio and television appearances by ZOA leaders. Always on the front lines of pro-Israel activism, ZOA has made its mark.
Related Articles
OP-ED BY: Morton A. Klein ZOA: Iran Pres. Rouhani’s Boasting of Deceiving West on Iran’s Nuclear Weapons Program Underscores the Fraudulence of his Moderate Image