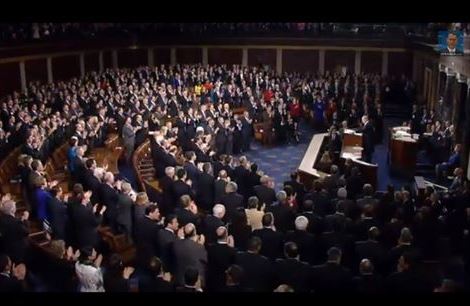 A new Israeli poll has shown that an overwhelming 69% of Israelis oppose the nuclear deal with the radical Shia Islamic regime in Iran concluded by the P1+5 powers (the five permanent members of the United Nations Security Council, including the United States, plus Germany) last month. The poll, reported in Ha’aretz and conducted by Israel’s Channel 10 the day after the agreement was signed on July 14, found that only 10% of Israelis favored the agreement, while 21% were undecided. The poll also showed that Israelis would be in favor of attacking Iranian nuclear sites by 40% to 32%, with 28% undecided.

A poll conducted by the Israeli daily, Ma’ariv, several days later showed an even greater level of opposition to the Iran nuclear agreement –– 78% of Israelis regard it as posing a threat to Israel, as opposed to a mere 15% who did not regard it as such, with 7% undecided. The Ma’ariv poll also showed that 71% of Israelis believe the agreement will bring Iran closer to obtaining nuclear weapons, as opposed to a mere 12% who believed it would not, while 17% were undecided. Israelis also supported military action by Israel against Iran if deemed necessary to stopping Tehran developing nuclear weapons by 47% to 35%, with the remaining 18% of Israelis undecided (Judy Maltz, ‘Polls Show Israelis Strongly Oppose Iran Nuclear Deal,’ Ha’aretz, August 12, 2015).

78% of Israelis regard it as posing a threat to Israel, as opposed to a mere 15% who did not regard it as such, with 7% undecided.

78% of Israelis regard it as posing a threat to Israel, as opposed to a mere 15% who did not regard it as such, with 7% undecided

“As happened here in the United States, the more Israelis discover the contours of this deal, the less they like it and the rise in opposition to this agreement is clear from the results recorded in these two polls.”

We would love to hear from you! Please fill out this form and we will get in touch with you shortly.
Trending Z
News August 19, 2015
ZOA Condemns U.S. State Dept. & U.S. Amb. Nides For Siding with Antisemitic, Discriminatory Palestinian & Hamas Terrorists re: the Temple Mount, Violating Jews’ Religious Freedom
News August 19, 2015
ZOA’s Klein JPost Op-Ed: There is Nothing Extreme About Israel’s New Government
Uncategorized August 19, 2015
FLASH: ISRAEL-JORDAN PEACE TREATY (1994) GUARANTEES JEWS ACCESS TO THE TEMPLE MOUNT – LET MY PEOPLE PRAY
Uncategorized August 19, 2015
ZOA Analysis: Most American Rabbis Who Are Boycotting Some Israeli Ministers Are From Extremist Left Wing Groups (J Street; T’ruah; JVP)
Center for Law & Justice
We work to educate the American public and Congress about legal issues in order to advance the interests of Israel and the Jewish people.
We assist American victims of terrorism in vindicating their rights under the law, and seek to hold terrorists and sponsors of terrorism accountable for their actions.
We fight anti-Semitism and anti-Israel bias in the media and on college campuses.
We strive to enforce existing law and also to create new law in order to safeguard the rights of the Jewish people in the United States and Israel.
Our Mission
ZOA STATEMENT
The ZOA speaks out for Israel – in reports, newsletters, and other publications. In speeches in synagogues, churches, and community events, in high schools and colleges from coast to coast. In e-mail action alerts. In op-eds and letters to the editor. In radio and television appearances by ZOA leaders. Always on the front lines of pro-Israel activism, ZOA has made its mark.
Related Articles
OP-ED BY: Michael Goldblatt ZOA: Pal. Lies & Denial About Jewish Connection & Rights in J’lem Must Stop Now

OP-ED BY: ZOA Staff UNRWA School Attack For Which Israel Was Condemned Was Staged By Hamas

The Zionist Organization of America (ZOA) has pointed to emerging and strong evidence that the death of Arab Gazan civilians blamed on an Israeli strike upon an UNWRA school earlier this week –– for which the Obama Administration condemned Israel –– was in fact staged by Nazi-like  terrorist group Hamas.   The ZOA has called upon […]