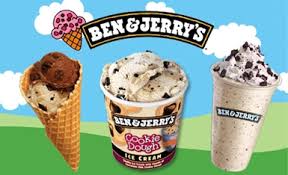 The Zionist Organization of America (ZOA) issued the following statement:

It is deplorable that Ben & Jerry’s ice cream company founders Ben Cohen and Jerry Greenfield (now owned by Unilever Corp.)– who claim to be dedicated to “social and environmental responsibility” – have banded together with the radical anti-Israel Soros-funded MoveOn.org to defame, vilify and financially harm patriotic Democrat U.S. Senators who oppose the catastrophic Iran deal.

According to French lead negotiator Jacques Audibert and numerous other knowledgeable experts, a far better deal can be achieved if the U.S. Congress rejects the current disastrous deal.

The Iran deal paves the way for Iran to acquire an arsenal of nuclear weapons and inter-continental ballistic missiles (ICBMs) with nuclear warheads and hundreds of billions of dollars to fund Islamic terrorism throughout the world, as well as the wherewithal to increase Iran’s brutal oppression of gays and other minorities in Iran.  The sole purpose of Iran’s ICBMs is to attack the United States.  The deal requires no dismantling of Iran’s nuclear infrastructure, and severely limits and delays inspections of undeclared nuclear facilities.  Side deals reportedly even allow Iran to “inspect” its own military sites.  The Iran deal will ignite a nuclear arms race and conventional arms race throughout the Middle East, as countries throughout the area race to achieve parity with Iran’s threatening nuclear arsenal.

According to French lead negotiator Jacques Audibert and numerous other knowledgeable experts, a far better deal can be achieved if the U.S. Congress rejects the current disastrous deal.

Democrat U.S. Senators Chuck Schumer and Robert Menendez (and former Senator Lieberman) have made it clear that they oppose the Iran deal in order to avoid nuclear war, and obtain a better deal that achieves this.  As Senator Menendez stated when announcing his opposition to the current Iran deal, Iran’s nuclear weapons won’t have his name on them.

In addition to opposing the Iran deal because the Iran deal will lead to nuclear and/or conventional war and nuclear proliferation, Senator Menendez is not a “war hawk” because in fact, he voted against the Iraq war.

The Obama administration may also be involved with the MoveOn.org/Ben & Jerry’s “donor strike” campaign.  The MoveOn.org “Update” statement says:  “This donor strike sends a loud, clear message to any Democrat . . .”  This echoes President Obama’s July 30, 2015 conference call with MoveOn.org, in which the President complained about the opposition to the Iran deal, calling them the same people who got us into the Iraq war, and urged MoveOn.org: “You guys have to get more active and loud . . .”   In addition to this similar language, MoveOn.org’s and Ben & Jerry’s “war hawk” attacks on opponents of the catastrophic Iran deal are virtually identical to President Obama and his administration’s Orwellian attacks on Iran deal opponents during the July 30, 2015 conference call and in other venues.  ZOA suggests that Congress should hold hearings as to the Obama administration’s possible role in MoveOn.org’s defamation and financial retaliation against members of the President’s own party who vote their conscience by opposing the Iran deal.

Ben & Jerry’s and MoveOn.org’s “strike” campaign, defamatory “war hawk” accusations against Senators Schumer and Menendez, and blind support for a deal that allows Iran to acquire nuclear weapons and which will ignite a nuclear arms race, are also clearly socially and environmentally irresponsible, to say the least.  Iran’s genocidal nuclear plans threaten to make large swaths of the world into a nuclear wasteland.

Thus, it is up to Ben & Jerry’s publicly traded parent company, Unilever, to take appropriate action to stop Ben & Jerry’s defamatory, socially and environmentally irresponsible actions, which injure both companies’ reputations.   The overwhelming majority of Americans will be appalled by Ben & Jerry’s activities:  Americans (including American Jews) oppose the dangerous Iran deal by a margin of 2 to 1 – and the more people learn about the deal, the more they oppose it.

Interestingly, apparently Unilever entered into its own bad deal with Ben & Jerry’s.  According to a Wall St. Journal report, when Unilever acquired Ben & Jerry’s for $326 million in 2000, Unilever “agreed to pay the legal fees of Ben & Jerry’s board members to pursue suits against Unilever if the big company doesn’t live up to the social mission.”   However, defaming Democratic Senators and supporting a deal that advances a brutal terrorist regime’s genocidal ambitions is not a “social mission.”  Ben & Jerry’s and MoveOn’s “campaign” is defamation and support for genocide and the massacre of Americans and others.

Unless Unilever takes action, or Ben & Jerry come to their senses on their own, Ben & Jerry’s legacy will consist of abetting a powerful Iranian nuclear terrorist state.

We would love to hear from you! Please fill out this form and we will get in touch with you shortly.
Trending Z
News August 24, 2015
ZOA Condemns U.S. State Dept. & U.S. Amb. Nides For Siding with Antisemitic, Discriminatory Palestinian & Hamas Terrorists re: the Temple Mount, Violating Jews’ Religious Freedom
Uncategorized August 24, 2015
FLASH: ISRAEL-JORDAN PEACE TREATY (1994) GUARANTEES JEWS ACCESS TO THE TEMPLE MOUNT – LET MY PEOPLE PRAY
Uncategorized August 24, 2015
ZOA Analysis: Most American Rabbis Who Are Boycotting Some Israeli Ministers Are From Extremist Left Wing Groups (J Street; T’ruah; JVP)
Uncategorized August 24, 2015
Israel’s “Right of Return” Grandparent Clause is De-Judaizing the Jewish State – Eliminate It
Center for Law & Justice
We work to educate the American public and Congress about legal issues in order to advance the interests of Israel and the Jewish people.
We assist American victims of terrorism in vindicating their rights under the law, and seek to hold terrorists and sponsors of terrorism accountable for their actions.
We fight anti-Semitism and anti-Israel bias in the media and on college campuses.
We strive to enforce existing law and also to create new law in order to safeguard the rights of the Jewish people in the United States and Israel.
Our Mission
ZOA STATEMENT
The ZOA speaks out for Israel – in reports, newsletters, and other publications. In speeches in synagogues, churches, and community events, in high schools and colleges from coast to coast. In e-mail action alerts. In op-eds and letters to the editor. In radio and television appearances by ZOA leaders. Always on the front lines of pro-Israel activism, ZOA has made its mark.
Related Articles
OP-ED BY: Morton A. Klein ZOA Condemns U.N.’s Falk Accusing Israel of Genocide

The Zionist Organization of America (ZOA) has condemned Richard Falk, the Special Rapporteur on the Palestinian Territories of the United Nations Human Rights Council, who said regarding Israel’s conduct towards the  Palestinian Arabs in a Russia Today interview that “when you target an ethnic group and inflict this kind of punishment, you are in effect […]

The Zionist Organization of America (ZOA) is pleased and proud to announce that Brooklyn College President Karen L. Gould issued a public statement last Friday, apologizing in full to the four Jewish students who were forcibly thrown out of an anti-Israel, anti-Semitic boycott, divestment and sanctions (BDS) event at Brooklyn College on February 7, 2013.  […]