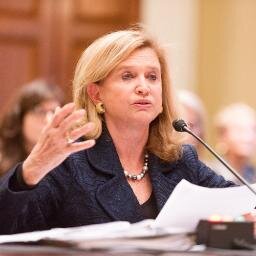 The Zionist Organization of America (ZOA) praises Democratic Congresswoman Maloney (D-NY) for her conscientious decision opposing the dangerous deal with Iran (the Joint Comprehensive Plan of Action, or JCPOA).

Congresswoman Maloney’s powerful statement opposing the Iran deal displayed an understanding of both the deal’s grave shortcomings – such as the deal’s failure to block Iran from obtaining nuclear weapons – as well as the larger context which makes the deal’s grave shortcomings even more dangerous.  Congresswoman Maloney’s statement referenced (with hyperlinks) several key documents demonstrating the dangers of the Iran deal and Iran’s untrustworthiness as a deal partner, including the International Atomic Energy Agency (IAEA)’s November 2011 report.  The IAEA report specified numerous areas in which Iran has continuously failed to meet its pre-existing nuclear non-proliferation commitments.  Iran has still NOT resolved the items described in the IAEA’s November 2011 report.  Section G of the IAEA’s November 2011 report, entitled “Possible Military Dimensions” noted, among other issues, that:

“Since 2002, the Agency [IAEA] has become increasingly concerned about the possible existence in Iran of undisclosed nuclear related activities involving military related organizations, including activities related to the development of a nuclear payload for a missile, about which the Agency has regularly received new information. . . . .

The information indicates that Iran has carried out the following activities that are relevant to the development of a nuclear explosive device:

In addition, Congresswoman Maloney’s statement references President Obama’s own admission that breakout time will have shrunk to almost zero by year 13 of the deal.

Also, Congresswoman Maloney’s correct conclusions that Iran will continue bankrolling terrorist groups, and that at least a portion of the Iran’s massive windfall from the deal will very likely to find its way into the hands of terrorists, included references to the Unclassified Portion of the Secretary of Defense’s Report on Iran’s Military Power, which describes Iran’s expansionist goals and extensive support to terrorist regimes.   This Defense Department report states the following (and includes far more detail):

We would love to hear from you! Please fill out this form and we will get in touch with you shortly.
Trending Z
Uncategorized August 28, 2015
ZOA Analysis: Most American Rabbis Who Are Boycotting Some Israeli Ministers Are From Extremist Left Wing Groups (J Street; T’ruah; JVP)
Uncategorized August 28, 2015
ZOA: Israel’s Reasonable Judicial Reform Proposals Are Good for Democracy, the Rule of Law and the Economy
News August 28, 2015
ZOA is Disappointed, Offended and Frightened by 211 U.S. House Votes Supporting Jew-Hating, Israel-Hating Rep. Ilhan Omar
Uncategorized August 28, 2015
Israel’s “Right of Return” Grandparent Clause is De-Judaizing the Jewish State – Eliminate It
Center for Law & Justice
We work to educate the American public and Congress about legal issues in order to advance the interests of Israel and the Jewish people.
We assist American victims of terrorism in vindicating their rights under the law, and seek to hold terrorists and sponsors of terrorism accountable for their actions.
We fight anti-Semitism and anti-Israel bias in the media and on college campuses.
We strive to enforce existing law and also to create new law in order to safeguard the rights of the Jewish people in the United States and Israel.
Our Mission
ZOA STATEMENT
The ZOA speaks out for Israel – in reports, newsletters, and other publications. In speeches in synagogues, churches, and community events, in high schools and colleges from coast to coast. In e-mail action alerts. In op-eds and letters to the editor. In radio and television appearances by ZOA leaders. Always on the front lines of pro-Israel activism, ZOA has made its mark.
Related Articles
OP-ED BY: ZOA Staff ZOA: Why Is Obama Admin. Increasingly Rejecting Israeli Visa Applications?

ZOA president Morton A. Klein released the following statement, “The Zionist Organization of America (ZOA) praised New Jersey Governor Chris Christie for supporting strong Israeli and US action against Hamas/PA. (Hamas and Abbas ‘Fatah merged recently into the Palestinian Authority [PA].) Christie said that organizations like Hamas ‘need to be dealt with firmly’ “While attending […]