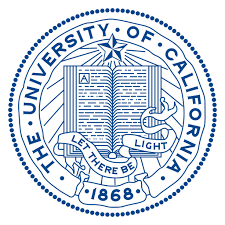 Anti-Semitism on the University of California (UC) campuses has been a serious problem for many years.  Jewish UC students have reported being physically assaulted, threatened, and discriminated against.  Jewish property has been defaced and destroyed, and Jewish and pro-Israel events have been disrupted and shut down.  More than ten years ago, the ZOA shined a light on these problems when we filed a groundbreaking student-supported civil rights complaint against UC Irvine under Title VI of the Civil Rights Act, urging the federal government to compel the Irvine administration to finally start addressing the physical threats and assaults, the harassment and the intimidation that Jewish students had been facing at Irvine for years.

They claimed – falsely – that the Regents should not adopt the definition because it would infringe on First Amendment free speech protections.

Since then, the ZOA and other groups have repeatedly urged the UC Regents to take a stronger stance against campus anti-Semitism – to treat this longstanding problem as seriously as the Regents have taken discrimination against African Americans, gays, women and other targeted groups.  The first step to addressing the problem is clearly identifying it; we have therefore repeatedly urged the Regents and other university leaders to adopt the U.S State Department definition of anti-Semitism, which recognizes that while not all criticism of Israel is anti-Semitic, it is anti-Semitic to delegitimize Israel (e.g., by denying Israel’s right to exist), to demonize Israel (by, for example, comparing Israeli policy to that of the Nazis), and to hold Israel to an impossible double standard that no other country is held to.

Last spring, UC President Janet Napolitano stated in a media interview that she personally agreed with the State Department definition of anti-Semitism and thought that the UC Regents should adopt it.  The issue of campus anti-Semitism was placed on the Regents’ agenda.  Not surprisingly, this prompted a strong backlash from anti-Israel groups such as the National Lawyers Guild and Jewish Voice for Peace.  They claimed – falsely – that the Regents should not adopt the definition because it would infringe on First Amendment free speech protections.

The ZOA and other groups launched a counter-offensive, refuting this and other false claims by the anti-Israel groups, and urging the Regents to adopt the State Department definition as a first step to addressing campus anti-Semitism.  The ZOA prepared an on-line “lawyers’ petition” directed to the Regents, which was signed by hundreds of lawyers around the country.  The ZOA also prepared and sent a “lawyers’ letter” to the Regents, which was co-signed by legal counsel for StandWithUs, the Lawfare Project and the Brandeis Center.

Instead of considering a statement that incorporated the State Department definition of anti-Semitism, the Regents ended up considering a “Statement of Principles Against Intolerance,” prepared by President Napolitano’s office.  But the statement not only failed to adopt the State Department definition; it also failed even to mention the word “anti-Semitism.”  It was vague and no different from previous official statements that had had zero impact on addressing Jewish students’ problems and concerns.

Last Thursday, September 17th, the Regents met on the Irvine campus and discussed this statement.  The meeting included a public comments section during which members of the public were each allotted one minute to speak.  Many people showed up to speak, including members of Jewish Voice for Peace and the National Lawyers Guild.  Several Jewish students spoke courageously and movingly about the hateful anti-Semitism they have been subjected to on campus.

Dave Kadosh, the regional director of the ZOA’s western region (and previously the head of the ZOA’s campus department), also spoke.  Dave had addressed the Regents on prior occasions, urging them to take stronger action against anti-Semitism on the UC campuses.  Here is the compelling one-minute statement that Dave delivered to the Regents last Thursday, urging that they reject the vague “Statement of Principles Against Intolerance,” and replace it with a statement that adopts the State Department definition of anti-Semitism.  Dave and other speakers plainly had an impact on the Regents:  One Regent went so far as to call the statement of principles “insulting,” and a working group has now been established to draft a more appropriate statement.

“I am the Director of the Zionist Organization of America’s western region and previously headed the ZOA’s Campus Department.  Both positions involve working closely with students at the UC schools who have faced anti-Semitic harassment and intimidation. Perhaps it is fate, but at the least, symbolic, that we are here at UC Irvine. Over 10 years ago, the ZOA filed a federal civil rights complaint on behalf of Jewish UCI students, after they were subjected to years of harassment and discrimination that the administration largely ignored. A Holocaust memorial was vandalized.  Jewish students were threatened and physically assaulted:  A Jewish student had a rock thrown at his head.  Another, wearing an Israeli American flag pin, was surrounded by a group of Arab students who cursed at and threatened to kill him. While UCI saw some of the most vicious and unrelenting Jew hatred, the problem exists on every UC campus. The Statement of Principles under consideration was supposed to address campus anti-Semitism. Not only doesn’t it define the problem; it doesn’t even mention the word anti-Semitism. Clearly defining the problem is a crucial first step to addressing it.  On behalf of the ZOA, we urge you to replace the Statement of Principles with a statement that actually identifies and addresses anti-Semitism by incorporating the State Department’s definition.”

We would love to hear from you! Please fill out this form and we will get in touch with you shortly.
Trending Z
News September 25, 2015
New Biden Nominees Opposed Abraham Accords & Involved in Israeli Election Interference
Uncategorized September 25, 2015
ZOA Letter to DOJ & FBI on New “Mapping Project” Antisemitic Threat by ZOA Pres. Morton Klein, Dir. of Research/Special Projects Liz Berney, Esq., Dir. Center for Law & Justice Susan Tuchman, Esq.
Op-Ed September 25, 2015
ZOA’s Mort Klein JPost Op-Ed: BDS Mapping Project Targets Every Jew, Including Left Wing, Israelophobic Jews
News September 25, 2015
U.S. Senators Criticize Tamara Wittes, Biden Nominee’s Anti-Israel Bias ― Jewish Groups are Deafeningly Silent
Center for Law & Justice
We work to educate the American public and Congress about legal issues in order to advance the interests of Israel and the Jewish people.
We assist American victims of terrorism in vindicating their rights under the law, and seek to hold terrorists and sponsors of terrorism accountable for their actions.
We fight anti-Semitism and anti-Israel bias in the media and on college campuses.
We strive to enforce existing law and also to create new law in order to safeguard the rights of the Jewish people in the United States and Israel.
Our Mission
ZOA STATEMENT
The ZOA speaks out for Israel – in reports, newsletters, and other publications. In speeches in synagogues, churches, and community events, in high schools and colleges from coast to coast. In e-mail action alerts. In op-eds and letters to the editor. In radio and television appearances by ZOA leaders. Always on the front lines of pro-Israel activism, ZOA has made its mark.
Related Articles
OP-ED BY: Morton A. Klein, ZOA Jerusalem is Holy to Jews, Not to Muslims