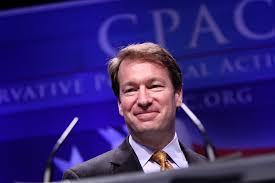 I write to express my alarm and disappointment in Ambassador Dan Shapiro’s recent comments about the Israeli Palestinian conflict at the Institute for National Security Studies (INSS) Security Conference in Tel Aviv, Israel.

Ambassador  Shapiro troublingly questioned Israel’s “long-term intentions”and openly cast doubt upon the seriousness of its desire to reach peace with the Palestinians. These remarks do not reflect reality, yet they serve to empower those who wish to delegitimize and marginalize the Jewish State. In fact, the Boycott, Divestment, and Sanctions (BDS) movement consistently seizes on this exact type of rhetoric to advance its insidious campaign to destroy Israel.

These comments were delivered on the same day as the burial of Dafna Meir, an Israeli mother of six, who just days ago was stabbed to death in her own home by a Palestinian terrorist. Dafna’s murder was just the latest barbaric act in a recent wave of over 100 terrorist attacks that have left dozens of Israelis dead and hundreds more injured.

Perpetuating falsities and placing undue and disproportionate blame on Israel for the stalled peace process is a harmful distraction from ongoing Palestinian terrorist attacks, which, ultimately, make peace harder to achieve.

As Ambassador Shapiro was wrongly castigating Israel on the world stage, Palestinian leaders were unabashedly praising Dafna’s killers and further inciting Palestinians to continue the “Intifada of Knives.” Perpetuating falsities and placing undue and disproportionate blame on Israel for the stalled peace process is a harmful distraction from ongoing Palestinian terrorist attacks, which, ultimately, make peace harder to achieve.

At their most basic level, the Ambassador’s comments are inaccurate. Since its founding, Israel has consistently agreed to painful concessions in the name of peace, only to be met with swift rebuke from Palestinian and Arab leadership.

We have seen time and again that Israel is willing to make tough sacrifices and even assume security risks in pursuit of peace. We’ve also seen that a robust U.S.-Israel relationship gives Israeli leaders the confidence to make such concessions. American support for Israel in the Yom Kippur War of 1973 and the birth of the American-Israeli strategic alliance during the Cold War empowered Israel to make peace with Egypt and Jordan. Strong U.S.-Israel relations under Presidents Bill  Clinton and George W. Bush led to major Israeli  concessions in the 2000 and 2008 peace offers.

As you know, Israel faces strategic and geopolitical threats from nearly every direction. Terrorist groups like Hamas and Hezbollah are well-positioned to benefit from our newly consummated nuclear agreement with their patron, Iran. President Obama himself has admitted that the more than $100 billion in sanctions relief destined for Iran may end up in the hands of the regime’s terror proxies.

Now more than ever, the United States must unequivocally stand withIsrael, our strongest ally in the Middle East. Repeated public displays of disunity only serve to weaken our relationship, inhibit peace efforts, and incite further hatred. Ambassador Shapiro’s troubling remarks are counterproductive and wrong. I encourage you to reject these misguided comments and reaffirm our unbreakable support for Israel.

We would love to hear from you! Please fill out this form and we will get in touch with you shortly.
Trending Z
News January 22, 2016
ZOA Condemns U.S. State Dept. & U.S. Amb. Nides For Siding with Antisemitic, Discriminatory Palestinian & Hamas Terrorists re: the Temple Mount, Violating Jews’ Religious Freedom
News January 22, 2016
ZOA’s Klein JPost Op-Ed: There is Nothing Extreme About Israel’s New Government
Uncategorized January 22, 2016
FLASH: ISRAEL-JORDAN PEACE TREATY (1994) GUARANTEES JEWS ACCESS TO THE TEMPLE MOUNT – LET MY PEOPLE PRAY
Uncategorized January 22, 2016
ZOA Analysis: Most American Rabbis Who Are Boycotting Some Israeli Ministers Are From Extremist Left Wing Groups (J Street; T’ruah; JVP)
Center for Law & Justice
We work to educate the American public and Congress about legal issues in order to advance the interests of Israel and the Jewish people.
We assist American victims of terrorism in vindicating their rights under the law, and seek to hold terrorists and sponsors of terrorism accountable for their actions.
We fight anti-Semitism and anti-Israel bias in the media and on college campuses.
We strive to enforce existing law and also to create new law in order to safeguard the rights of the Jewish people in the United States and Israel.
Our Mission
ZOA STATEMENT
The ZOA speaks out for Israel – in reports, newsletters, and other publications. In speeches in synagogues, churches, and community events, in high schools and colleges from coast to coast. In e-mail action alerts. In op-eds and letters to the editor. In radio and television appearances by ZOA leaders. Always on the front lines of pro-Israel activism, ZOA has made its mark.
Related Articles
OP-ED BY: ZOA Staff J Street Poll Shows 72% of American Jews Support Building in Judea/Samaria