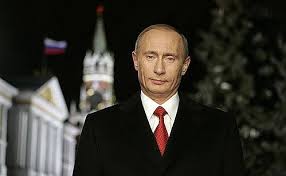 The Zionist Organization of America (ZOA) has praised Russian President Vladimir Putin’s decision to suspend delivery to Iran of the advanced A-300 aerial defense system because Iran has not honored its commitment not to deliver advanced weaponry to the Lebanese terrorist organization Hezbollah. Reports indicate that President Putin based his decision on information he received from Israel, proving that the Iranians had transferred advanced Russian-made SA-22 surface-to-air missile system to Hezbollah on at least two occasions.

According to the report, Russian pilots flying missions over Syria and Lebanon have frequently mentioned that their radar systems detected advanced surface-to-air missile systems in Hezbollah-controlled regions on the Lebanese-Syrian border.

Russia signed an $800 million contract to sell Iran the S-300 missile system in 2007, but in 2010 suspended their delivery because of strong objections from the United States and Israel. Although Russia insisted this was purely a matter of acting on United Nations Security Council-imposed sanctions on Iran over its nuclear program. However, when in January 2016, the US, UN and EU announced they were lifting sanctions against Iran, following the UN Atomic energy Agency’s announcement that Tehran had put in place all necessary curbs on its atomic activities as required by the 2015 Vienna nuclear agreement, Russia to announced that it would be honoring the 2007 S-300 missile contract with Iran which it has now suspended (Avi Nachmani, ‘Report: Putin freezes S-300 missile transfer to Iran,’ Yediot Ahronot, March 6, 2016).

Russia signed an $800 million contract to sell Iran the S-300 missile system in 2007, but in 2010 suspended their delivery because of strong objections from the United States and Israel.

ZOA National President Morton A. Klein said, “We are pleased President Putin has suspended the sale of the S-300 aerial defense system to Iran, following the evidence provided by Israel of Iran’s transfer of Russian weaponry to  Hezbollah.

“The truth of the matter is that the Iranian regime has no intention of stopping its march to a nuclear weapons capability, which means that acquisition of aerial defense systems to protect its nuclear program are vital to its ambitions and therefore must be stopped.

“We hope that President Putin cancels this sale to Iran. In the absence Iran actually relinquishing its nuclear weapons program, temporary suspension of the S-300 sale will be valueless.”

We would love to hear from you! Please fill out this form and we will get in touch with you shortly.
Trending Z
News March 8, 2016
ZOA Condemns U.S. State Dept. & U.S. Amb. Nides For Siding with Antisemitic, Discriminatory Palestinian & Hamas Terrorists re: the Temple Mount, Violating Jews’ Religious Freedom
News March 8, 2016
ZOA’s Klein JPost Op-Ed: There is Nothing Extreme About Israel’s New Government
Uncategorized March 8, 2016
FLASH: ISRAEL-JORDAN PEACE TREATY (1994) GUARANTEES JEWS ACCESS TO THE TEMPLE MOUNT – LET MY PEOPLE PRAY
Uncategorized March 8, 2016
ZOA Analysis: Most American Rabbis Who Are Boycotting Some Israeli Ministers Are From Extremist Left Wing Groups (J Street; T’ruah; JVP)
Center for Law & Justice
We work to educate the American public and Congress about legal issues in order to advance the interests of Israel and the Jewish people.
We assist American victims of terrorism in vindicating their rights under the law, and seek to hold terrorists and sponsors of terrorism accountable for their actions.
We fight anti-Semitism and anti-Israel bias in the media and on college campuses.
We strive to enforce existing law and also to create new law in order to safeguard the rights of the Jewish people in the United States and Israel.
Our Mission
ZOA STATEMENT
The ZOA speaks out for Israel – in reports, newsletters, and other publications. In speeches in synagogues, churches, and community events, in high schools and colleges from coast to coast. In e-mail action alerts. In op-eds and letters to the editor. In radio and television appearances by ZOA leaders. Always on the front lines of pro-Israel activism, ZOA has made its mark.
Related Articles
OP-ED CIA Nominee Brennan Dismisses Radical Islam, Calls J’lem Al-Quds, Whitewashes Hizballah