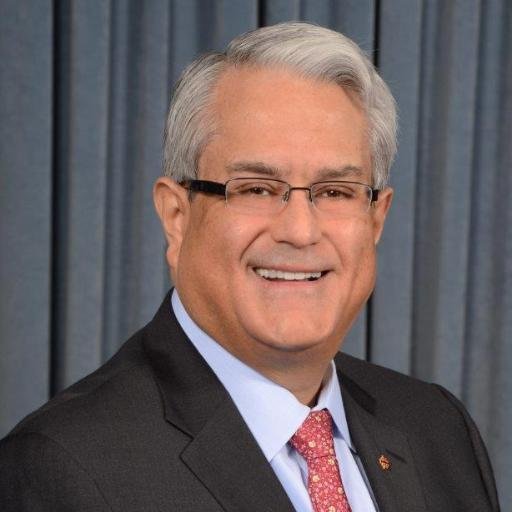 The Zionist Organization of America praises Town of Hempstead (NY) Supervisor Tony Santino, and Council members Dorothy Goosby, Bruce Blakeman, Anthony D’Esposito, Erin King Sweeney, Gary Hudes, and Edward Ambrosino for unanimously passing an excellent anti-boycott contracting bill this week (June 21, 2016).  The bill requires entities entering into supply, construction and services contracts with the Town of Hempstead to certify in writing that they are not engaged in boycotts of an Allied American nation, including Israel and other allies, and territories controlled by our allies, and will not engage in such boycotts during the term of the contract.

ZOA appeared and testified for the bill, at the public hearing preceding the vote.  The unanimous vote for the anti-boycott bill was greeted by applause by the large crowd attending the proceedings.

Supervisor Santino stated: “The Town of Hempstead stands wholly opposed to the Boycott, Divestment and Sanctions [BDS] movement which openly discriminates against the United States, Israel and our other allies around the world.   As the largest township in the United States, adopting this anti-BDS legislation sends a strong message that our communities will not tolerate bigotry and anti-Semitism.”

ZOA agrees that this legislation is an important milestone in the battle against anti-Israel, anti-Semitic BDS.   The Town of Hempstead’s population of approximately 760,000 is larger than the population of four U.S. states.

The bill was proposed and moved by Hempstead Town Senior Councilwoman Dorothy Goosby, who spoke movingly about how this bill was part of her caring for all people.  Councilman Blakeman spoke passionately against BDS and applauded Supervisor Santino for his leadership in protecting the community from hostile businesses.  Councilman D’Esposito firmly noted that: “The Town of Hempstead will not tolerate anti-Semitism.”  Councilwoman King Sweeney also spoke of how pleased she was to vote for the bill.

ZOA appeared and testified for the bill, at the public hearing preceding the vote.  The unanimous vote for the anti-boycott bill was greeted by applause by the large crowd attending the proceedings.

ZOA’s Long Island-Queens Executive Director, Liz Berney, Esq., focused her hearing testimony on the Town of Hempstead’s legal and Constitutional right to enact the anti-boycott contracting bill (since BDS groups often oppose such bills by wrongly asserting that these bills are unconstitutional).   Ms. Berney noted that:

Ms. Berney also noted that both Jews and Arabs are victims of anti-Israel boycotts, and that in fact, Arab workers want more Jewish businesses to open and expand in Judea and Samaria (a/k/a the West Bank).  She cited a July 2015 poll by a leading Palestinian pollster, the Palestinian Center for Public Opinion. Despite theoretical support for BDS, 55% of West Bank Palestinian Arabs said that they would “like to see Israeli companies offer more jobs inside” the West Bank.

ZOA’s representative also specifically praised the Town Council for including territories controlled by Israel in the bill.  She explained that such inclusion is extremely important, because targeted boycotts aimed at the territories are discriminatory anti-Semitism, and result in boycotts of all of Israel.  For instance, “Partners for Progressive Israel” started with a targeted boycott of territories, and then graduated to boycotting all of Israel, stating that everything is “intertwined.”

We would love to hear from you! Please fill out this form and we will get in touch with you shortly.
Trending Z
Uncategorized June 23, 2016
FLASH: ISRAEL-JORDAN PEACE TREATY (1994) GUARANTEES JEWS ACCESS TO THE TEMPLE MOUNT – LET MY PEOPLE PRAY
Uncategorized June 23, 2016
ZOA Analysis: Most American Rabbis Who Are Boycotting Some Israeli Ministers Are From Extremist Left Wing Groups (J Street; T’ruah; JVP)
Uncategorized June 23, 2016
Israel’s “Right of Return” Grandparent Clause is De-Judaizing the Jewish State – Eliminate It
Uncategorized June 23, 2016
Exclusive: ZOA Accuses Ilhan Omar of Hating the U.S. ‘as Much as Israel,’ Lauds Kevin McCarthy for ‘Throwing Her Off the HFAC’
Center for Law & Justice
We work to educate the American public and Congress about legal issues in order to advance the interests of Israel and the Jewish people.
We assist American victims of terrorism in vindicating their rights under the law, and seek to hold terrorists and sponsors of terrorism accountable for their actions.
We fight anti-Semitism and anti-Israel bias in the media and on college campuses.
We strive to enforce existing law and also to create new law in order to safeguard the rights of the Jewish people in the United States and Israel.
Our Mission
ZOA STATEMENT
The ZOA speaks out for Israel – in reports, newsletters, and other publications. In speeches in synagogues, churches, and community events, in high schools and colleges from coast to coast. In e-mail action alerts. In op-eds and letters to the editor. In radio and television appearances by ZOA leaders. Always on the front lines of pro-Israel activism, ZOA has made its mark.
Related Articles
OP-ED BY: Morton A. Klein ZOA: Iran Pres. Rouhani’s Boasting of Deceiving West on Iran’s Nuclear Weapons Program Underscores the Fraudulence of his Moderate Image