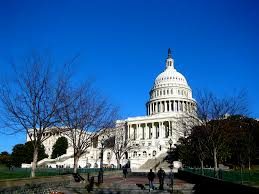 The Zionist Organization of America (ZOA) has criticized the far left J Street and Peace Now for urging Congress to continue to uphold the Joint Comprehensive Plan of Action (JCPOA), the agreement on Iran’s nuclear weapons program reached in Vienna in July 2015, despite the noncompliance by Iran with its very few commitments under the deal since that time. The ZOA believes that it is the duty of the Congress to hold Iran strictly accountable on a deal that could not be more important in its implications for the national security of the United States and its allies, particularly Israel.

In their letter to Congressional leadership, J Street, Peace Now and several other organizations claim that the JCPOA has “succeeded in blocking Iran’s potential pathways to a nuclear weapon while averting a disastrous war”; called for Congress not to renew sanctions on Iran under a supposedly new guise, when in fact virtually all sanctions on Iran were lifted by pretending that they all pertained to the nuclear weapons program (even those that actually deal with human rights and supporting terrorism); and falsely claimed that the Obama Administration retains “full authority to snap back sanctions in order to respond to a potential Iranian breach of the accord.”

ZOA National President Morton A. Klein said, “The letter by J Street, Peace Now and a coterie of other far left groups is based on blatantly false assertions and thus a false argument in favor of Congress upholding the Iran nuclear deal of July 2015.

It is simply not true that the nuclear deal has ‘blocked’ Iran’s pathways to nuclear weapons. The deal only imposes some temporary limited restrictions.

“It is simply not true that the nuclear deal has ‘blocked’ Iran’s pathways to nuclear weapons. The deal only imposes some temporary limited restrictions, most of which won’t exist in a decade or a little more. The deal hasn’t dismantled all of Iran’s centrifuges, closed its plutonium facility at Arak, or its underground facility at Fordow. It hasn’t terminated Iran’s ballistic missile programs. It hasn’t put Iran under a regime of ‘any-time, any place’ inspections. It hasn’t required it to reveal its past military nuclear activities. Clearly, Iran’s pathways to nuclear break-out capacity remain. Just as clearly, the absence of thorough inspections and full disclosure mean that Iran can continue to develop its nuclear capacity.

“It is simply untrue that the Iran deal is ‘succeeding.’ Surely ‘succeeding’ means the world is becoming safer. The opposite is true. Since July 2015, Iran has increased military spending by over 30%, with dire implications for the whole Middle East, has increased funding and supply of weaponry to Iranian terror proxies like Hizballah and Hamas, and has installed Russian S-300 missiles to protect one of its nuclear installations, making Iran’s program less vulnerable to attack if all else fails. This adds to international insecurity and even if Iran adheres to the deal, it could become a nuclear threshold state in little more than ten years – less, if its cheats.

“As Robert Satloff of the Washington Institute for Near East Policy pointed out already at the time of the agreement, even on the assumption that sanctions are reimposed (highly unlikely, in view of the fact that any permanent member of the UN Security Council could veto this) ‘all contracts signed by Iran up until that point are grandfathered in and immune from sanctions. That means one can expect a stampede of state-to-state and private sector contracts –– some real, many hypothetical –– all designed to shield Iran from the impact of possible reimposition of sanctions, thereby weakening the impact of the punishment.’

“Worse, the JCPOA includes a clause that enables Iran to view any reimposition of sanctions as just cause to void the agreement entirely. In those circumstances, its almost a certainty that sanctions will never be reimposed, no matter what Iran might do in violation of the agreement.

“Under the Iran nuclear agreement, Iran is allowed to operate over 5,000 of its centrifuges. It can produce power reactor grade enriched uranium, 3.6% uranium-235, and maintain an inventory of 300 kilograms of this material. If it wants to cheat, it could simply use some of these centrifuges to further enrich 3.6% U-235 to 90% U-235, which would enable Iran to create several nuclear bombs in a few years. This would be hard to detect. Or, in a few years, when Iran can install new centrifuges to replace existing ones, they could accomplish it within one year.

“The signatories’ claim that the JCPOA is a sound deal that spares us war ignores the fact that ending something the world insists upon ending, like, for example, apartheid in South Africa, depended on strict application of sanctions. Here, we lack these. Iran is on the war path with extra tens of billions of dollars –– and yet J Street and Peace Now claim that the world is somehow better off.

“Congress should ignore this letter with its call to maintain support for the Iran deal in defiance of current realities. We urge the Congress to scrupulously monitor Iran’s compliance and respond as U.S. national security demands to Iran’s behavior.”

We would love to hear from you! Please fill out this form and we will get in touch with you shortly.
Trending Z
News September 21, 2016
ZOA Condemns U.S. State Dept. & U.S. Amb. Nides For Siding with Antisemitic, Discriminatory Palestinian & Hamas Terrorists re: the Temple Mount, Violating Jews’ Religious Freedom
News September 21, 2016
ZOA’s Klein JPost Op-Ed: There is Nothing Extreme About Israel’s New Government
Uncategorized September 21, 2016
FLASH: ISRAEL-JORDAN PEACE TREATY (1994) GUARANTEES JEWS ACCESS TO THE TEMPLE MOUNT – LET MY PEOPLE PRAY
Uncategorized September 21, 2016
ZOA Analysis: Most American Rabbis Who Are Boycotting Some Israeli Ministers Are From Extremist Left Wing Groups (J Street; T’ruah; JVP)
Center for Law & Justice
We work to educate the American public and Congress about legal issues in order to advance the interests of Israel and the Jewish people.
We assist American victims of terrorism in vindicating their rights under the law, and seek to hold terrorists and sponsors of terrorism accountable for their actions.
We fight anti-Semitism and anti-Israel bias in the media and on college campuses.
We strive to enforce existing law and also to create new law in order to safeguard the rights of the Jewish people in the United States and Israel.
Our Mission
ZOA STATEMENT
The ZOA speaks out for Israel – in reports, newsletters, and other publications. In speeches in synagogues, churches, and community events, in high schools and colleges from coast to coast. In e-mail action alerts. In op-eds and letters to the editor. In radio and television appearances by ZOA leaders. Always on the front lines of pro-Israel activism, ZOA has made its mark.
Related Articles
OP-ED BY: Morton A. Klein ZOA: Iran Pres. Rouhani’s Boasting of Deceiving West on Iran’s Nuclear Weapons Program Underscores the Fraudulence of his Moderate Image