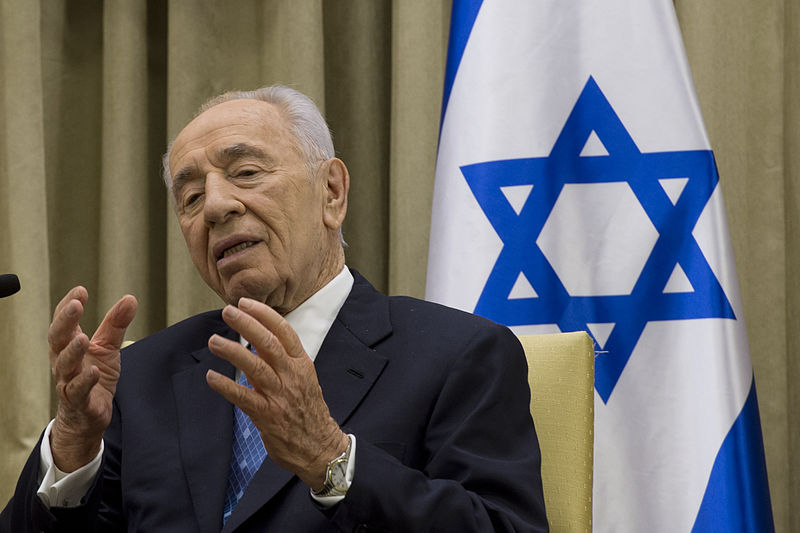 An initial White House press release issued early Friday morning with a transcript of the president’s speech properly listed the location of President Obama’s speech as “Mt. Herzl, Jerusalem, Israel.”   About nine hours later, the White House issued what it called a “corrected” release, which crossed out the word “Israel” (with an actual line through the word “Israel”).   The White House’s bizarre “correction” aptly resulted in headlines such as:  “Obama Administration Says Israeli Founding Father Was Not Buried in Israel,” and “Wow. White House Sends Out ‘CORRECTED’ Version Of President’s Eulogy To Strike Out ‘Israel’ After ‘Jerusalem,’” and “Wow.  Obama Gets Rid of Israel.”   (Copies of the White House releases can be viewed at these linked articles.)

Mt. Herzl cemetery is located in the western part of Jerusalem – an area that has been part of the State of Israel since the nation’s rebirth.   The Obama administration’s “corrected” release excising Jerusalem, and especially Mt. Herzl, from Israel, is simply wrong and hurtful.

Sadly, the Obama administration has repeatedly gone to similar extreme lengths to obliterate the reality of Israel’s rights and sovereignty.   For instance, in the midst of the lawsuit concerning the U.S. State Department’s refusal to comply with U.S. law requiring the State Department to allow American citizens born in Jerusalem to list “Jerusalem, Israel” on their U.S. passports, the Obama administration removed the word “Israel” from various White House websites that had previously used the phrase “Jerusalem, Israel.”  See “After ZOA’s Supreme Court Amicus Brief In Jerusalem Passport Case Cited Many White House Web Site References To ‘Jerusalem, Israel’ – White House Suddenly Removes ‘Israel’” (Aug. 10, 2011).  ZOA also documented that U.S. State Department condolence statements omit the Jewish and/or Israeli identity of victims of Palestinian Arab terrorist attacks and omit the Jewish and/or Israeli location of those attacks.  See “ZOA: U.S. State Department’s Condolence Statements on Terrorist Attacks are Biased Against Israel and Jews,” (July 5, 2016).   And the administration refuses to follow U.S. law requiring the U.S. Embassy to be moved to Jerusalem.

Remarkably, during his eulogy for Shimon Peres, President Obama also inappropriately made negative comments about both the country that he leads –– and the allied country where he was a guest, Israel – in one fell swoop, stating: “Both our nations have flaws that we have not always fixed, corners of our history which date back to our founding that we do not always squarely address.”

We would love to hear from you! Please fill out this form and we will get in touch with you shortly.
Trending Z
Uncategorized October 5, 2016
ZOA Analysis: Most American Rabbis Who Are Boycotting Some Israeli Ministers Are From Extremist Left Wing Groups (J Street; T’ruah; JVP)
Uncategorized October 5, 2016
ZOA: Israel’s Reasonable Judicial Reform Proposals Are Good for Democracy, the Rule of Law and the Economy
Uncategorized October 5, 2016
Israel’s “Right of Return” Grandparent Clause is De-Judaizing the Jewish State – Eliminate It
News October 5, 2016
ZOA is Disappointed, Offended and Frightened by 211 U.S. House Votes Supporting Jew-Hating, Israel-Hating Rep. Ilhan Omar
Center for Law & Justice
We work to educate the American public and Congress about legal issues in order to advance the interests of Israel and the Jewish people.
We assist American victims of terrorism in vindicating their rights under the law, and seek to hold terrorists and sponsors of terrorism accountable for their actions.
We fight anti-Semitism and anti-Israel bias in the media and on college campuses.
We strive to enforce existing law and also to create new law in order to safeguard the rights of the Jewish people in the United States and Israel.
Our Mission
ZOA STATEMENT
The ZOA speaks out for Israel – in reports, newsletters, and other publications. In speeches in synagogues, churches, and community events, in high schools and colleges from coast to coast. In e-mail action alerts. In op-eds and letters to the editor. In radio and television appearances by ZOA leaders. Always on the front lines of pro-Israel activism, ZOA has made its mark.
Related Articles
OP-ED BY: Morton A. Klein ZOA: Iran Pres. Rouhani’s Boasting of Deceiving West on Iran’s Nuclear Weapons Program Underscores the Fraudulence of his Moderate Image