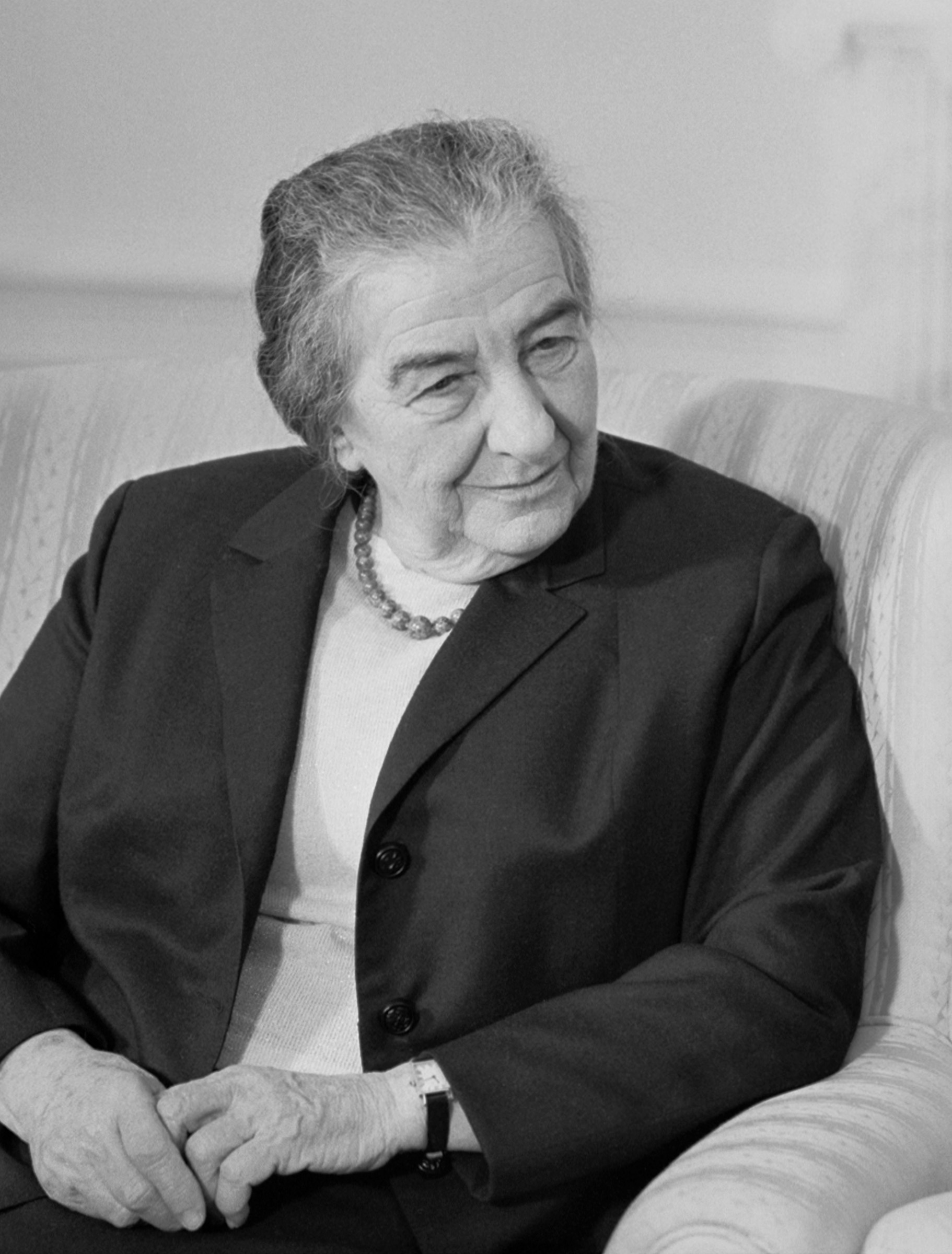 The Zionist Organization of America (ZOA) organized four other partner organizations to call on Kent State University to stick with its decision to retain a university display featuring Golda Meir, despite ongoing threats and accusations from the so-called anti-Semitic “Students for Justice in Palestine” (SJP) group on campus and its allies.  The display contains a photo of Ms. Meir and her inspiring quote, which SJP claims to find offensive:  “Trust yourself. Create the kind of self that you will be happy to live with all your life. Make the most of yourself by fanning the tiny, inner sparks of possibility into flames of achievement.”

Yesterday, the ZOA sent a letter – co-signed by AMCHA Initiative, CAMERA, Scholars for Peace in the Middle East, and the Simon Wiesenthal Center – to Kent State University President Beverly Warren, advising her that “[t]he claim that SJP members feel threatened and harassed by the Golda Meir display is, in a word, absurd.”  Golda Meir was a trailblazer – the first female prime minister of the State of Israel and the third female prime minister worldwide.  She was also a bridge-builder and a peacemaker, and was repeatedly named one of the most admired women by the American public, according to Gallup polls.  The ZOA and its partner organizations emphasized, “It is not Golda Meir in particular whom SJP and its allies find offensive.  SJP would object to any Israeli being featured in a display at Kent State, unless the Israeli shared SJP’s animus toward the Jewish state.”

The display contains a photo of Ms. Meir and her inspiring quote, which SJP claims to find offensive:  “Trust yourself. Create the kind of self that you will be happy to live with all your life. Make the most of yourself by fanning the tiny, inner sparks of possibility into flames of achievement.”

The ZOA and its partners urged Kent State:  “Do not reward the bullies. SJP members have the right to object to and criticize the Golda Meir display, but their claim that the display should be removed because they are offended by it cannot be indulged. The display is inspiring and constitutionally protected.”  Moreover, SJP’s legal threat – that the display, and the university’s response to SJP’s outrageous objections to it, somehow implicate Title VI of the Civil Rights Act [which requires publicly-funded schools to remedy racial and ethnic discrimination that creates a hostile learning environment] “shows a complete misunderstanding of the law. A photo and stirring quote from Golda Meir do not in any way interfere with the right of Palestinian Arab and Muslim students ‘to speak out in favor of Palestinian freedom.’  These students cannot twist the law to squelch the expression of views with which they disagree.”

We urge other organizations and all people of good will to contact Kent State University officials and urge them not to cave in to this outrageous anti-Semitic demand.

Contact Kent State University President Beverly Warren at (330) 672-2210 or president@kent.edu.  Let President Warren know that there’s nothing unsafe about Golda Meir’s photo or display.  What’s unsafe is allowing a hateful anti-Semitic group like SJP to control and censor messages on campus, and to demean, isolate and marginalize Jews and  Christian Zionists at Kent State.

We would love to hear from you! Please fill out this form and we will get in touch with you shortly.
Trending Z
Uncategorized December 8, 2016
FLASH: ISRAEL-JORDAN PEACE TREATY (1994) GUARANTEES JEWS ACCESS TO THE TEMPLE MOUNT – LET MY PEOPLE PRAY
Uncategorized December 8, 2016
ZOA Analysis: Most American Rabbis Who Are Boycotting Some Israeli Ministers Are From Extremist Left Wing Groups (J Street; T’ruah; JVP)
Uncategorized December 8, 2016
Israel’s “Right of Return” Grandparent Clause is De-Judaizing the Jewish State – Eliminate It
Uncategorized December 8, 2016
Exclusive: ZOA Accuses Ilhan Omar of Hating the U.S. ‘as Much as Israel,’ Lauds Kevin McCarthy for ‘Throwing Her Off the HFAC’
Center for Law & Justice
We work to educate the American public and Congress about legal issues in order to advance the interests of Israel and the Jewish people.
We assist American victims of terrorism in vindicating their rights under the law, and seek to hold terrorists and sponsors of terrorism accountable for their actions.
We fight anti-Semitism and anti-Israel bias in the media and on college campuses.
We strive to enforce existing law and also to create new law in order to safeguard the rights of the Jewish people in the United States and Israel.
Our Mission
ZOA STATEMENT
The ZOA speaks out for Israel – in reports, newsletters, and other publications. In speeches in synagogues, churches, and community events, in high schools and colleges from coast to coast. In e-mail action alerts. In op-eds and letters to the editor. In radio and television appearances by ZOA leaders. Always on the front lines of pro-Israel activism, ZOA has made its mark.
Related Articles
OP-ED BY: ZOA Staff J Street Poll Shows 72% of American Jews Support Building in Judea/Samaria