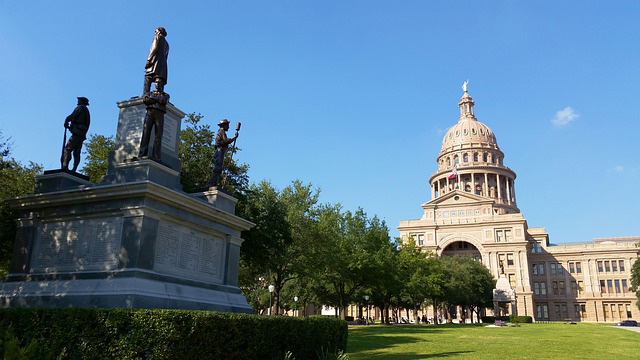 Polling data continues to support the wisdom of barring immigration into the United States of those who subscribe to hateful ideologies inimical to Americans’ safety.  A Rasmussen survey of 1,000 American adults on February 20-21, 2017, found that 61% of Americans favor – versus only 19% oppose. (See “Most Favor Trump’s Litmus Test for Potential Immigrants,”  Rasmussen Reports.)

Likewise, this past September, voters strongly opposed then-President Obama’s plan to increase Middle Eastern and African refugees from 85,000 in 2016 to 110,000 in 2017; and instead favored banning altogether or drastically reducing the numbers of such refugees coming into the United States.  The Rasmussen survey of 1,000 likely U.S. voters on September 18-19, 2016 found that 68% of likely American voters supported complete refugee bans or refugee reductions – while only 24% favored Obama’s 85,000 per year status quo or increases from there.  (See “Voters Reject Obama’s New Middle East Refugee Plan,” Rasmussen Reports.)

The same survey (September 18-19, 2016) also found that American voters strongly agree (62% agree to 28% disagree) that increasing the number of Middle Eastern and African refugees in 2017 “poses an increased national security risk to the United States.” (Id.)

“These polls once again demonstrate that the American public wants refugee limits on migrants from dangerous terrorist countries and improved vetting policies that, first and foremost, keep Americans safe.  Americans have suffered more than enough terror already.  Dozens of attacks have been carried out or attempted here in the name of ISIS and similar violent ideologies, such as the San Bernardino massacre by poorly vetted ISIS immigrant Tashfeen Malik and her husband, and the Somali immigrant who stabbed eight shoppers at a Minnesota mall in September on behalf of ISIS.  The only responsible course is to adopt vetting and refugee policies that carefully examine potential immigrants’ ideologies and prioritize the American people’s security.”

We would love to hear from you! Please fill out this form and we will get in touch with you shortly.
Trending Z
News February 27, 2017
ZOA Condemns U.S. State Dept. & U.S. Amb. Nides For Siding with Antisemitic, Discriminatory Palestinian & Hamas Terrorists re: the Temple Mount, Violating Jews’ Religious Freedom
News February 27, 2017
ZOA’s Klein JPost Op-Ed: There is Nothing Extreme About Israel’s New Government
Uncategorized February 27, 2017
FLASH: ISRAEL-JORDAN PEACE TREATY (1994) GUARANTEES JEWS ACCESS TO THE TEMPLE MOUNT – LET MY PEOPLE PRAY
Uncategorized February 27, 2017
ZOA Analysis: Most American Rabbis Who Are Boycotting Some Israeli Ministers Are From Extremist Left Wing Groups (J Street; T’ruah; JVP)
Center for Law & Justice
We work to educate the American public and Congress about legal issues in order to advance the interests of Israel and the Jewish people.
We assist American victims of terrorism in vindicating their rights under the law, and seek to hold terrorists and sponsors of terrorism accountable for their actions.
We fight anti-Semitism and anti-Israel bias in the media and on college campuses.
We strive to enforce existing law and also to create new law in order to safeguard the rights of the Jewish people in the United States and Israel.
Our Mission
ZOA STATEMENT
The ZOA speaks out for Israel – in reports, newsletters, and other publications. In speeches in synagogues, churches, and community events, in high schools and colleges from coast to coast. In e-mail action alerts. In op-eds and letters to the editor. In radio and television appearances by ZOA leaders. Always on the front lines of pro-Israel activism, ZOA has made its mark.
Related Articles
OP-ED BY: Morton A. Klein, ZOA Jerusalem is Holy to Jews, Not to Muslims