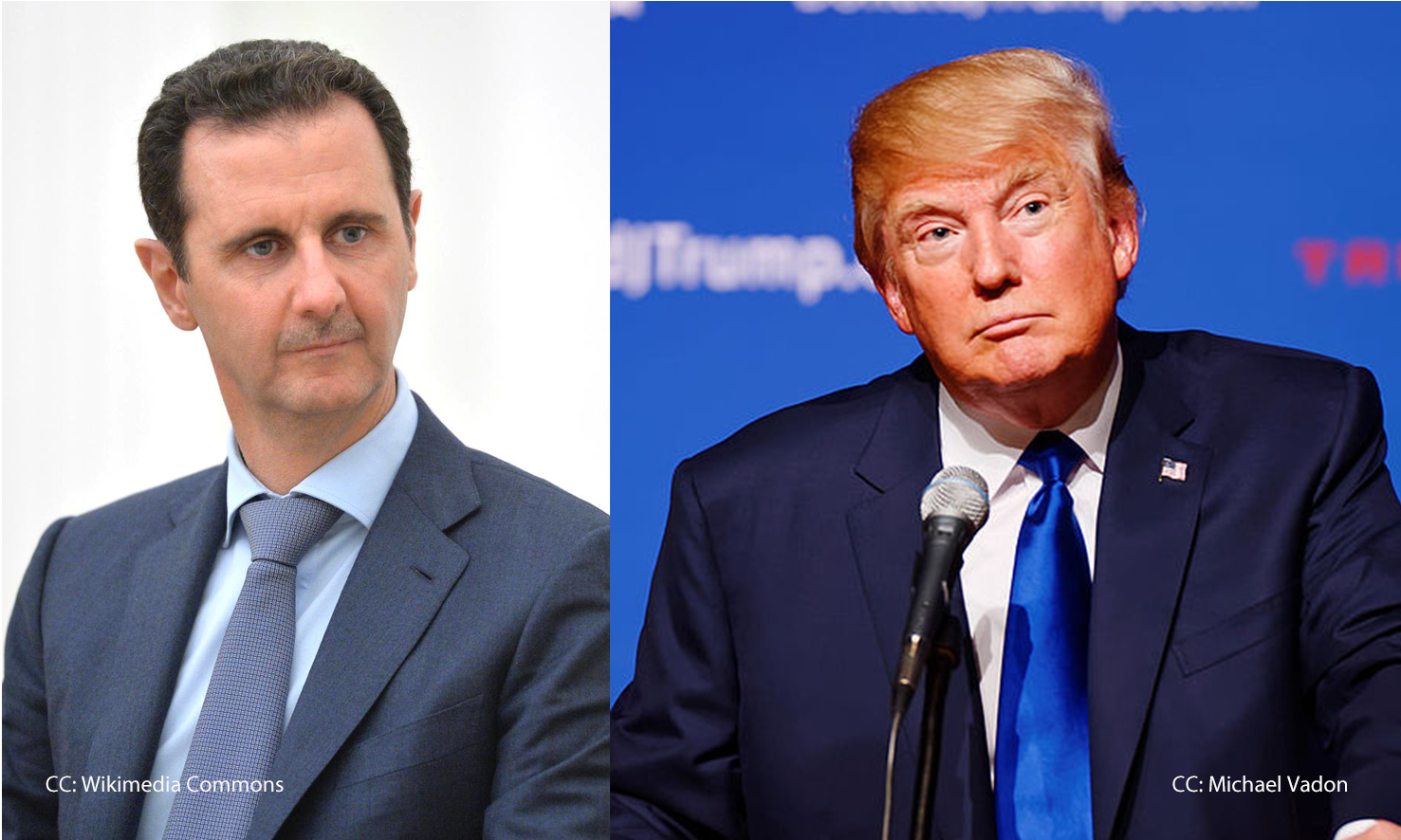 ZOA National President Morton A. Klein released the following statement today following the news of the US strike on a Syrian military airfield following the use of chemical weapons by Syria earlier this week at Khan Shaykhun:

“We were shocked because former President Barack Obama and his Administration reached an agreement in 2014 with Vladimir Putin’s Russia to remove all Syrian chemical weapons so that chemical weapons attacks by the Assad regime that had occurred up to that date would not be repeated. This is, after all, what then-Secretary of State John Kerry declared about this agreement in June 2014:

“The Obama Administration also promised to prevent Iran becoming a nuclear power, then accepted the Vienna nuclear deal with Iran which enables Iran to become a nuclear threshold state within about a decade. Yet, President Obama insisted when the deal was announced in July 2015 that “Every pathway to a nuclear weapon is cut off” for Iran.

“We must now consider the possibility that the Obama Administration’s promises on the Iran nuclear deal are as valueless as its assurances on the removal of Syrian chemical weapons.

“This somber consideration should guide the Trump Administration’s review of the nuclear deal and its strategizing aimed at ensuring that Iran doesn’t become a nuclear power, with potentially catastrophic consequences for Israel, the region, the US and the world.”

Syrian President Bashar al-Assad’s chemical weapons attack on his own people – including many Syrian children – is also an important reminder of the dangers Israelis face from the Syrian regime and its Iranian patrons and Hezbollah forces at Israel’s northwestern border.  In a post-war Syria, the presence and influence of Iran, Hezbollah and elements willing to employ WMDs needs to be minimized or eliminated.  Any thought of an Israeli retreat from the Golan should be completely out of the question.  In addition, Iranian-backed terror groups, such as al-Sabirin (which currently operate in Judea/Samaria a/k/a the West Bank, Jerusalem and Gaza), may get a hold of the sorts of chemical weapons employed by Syria.  This is yet another reason why creating a Palestinian Arab state would be a mortal danger to Israel.

We would love to hear from you! Please fill out this form and we will get in touch with you shortly.
Trending Z
Uncategorized April 10, 2017
ZOA Analysis: Most American Rabbis Who Are Boycotting Some Israeli Ministers Are From Extremist Left Wing Groups (J Street; T’ruah; JVP)
Uncategorized April 10, 2017
ZOA: Israel’s Reasonable Judicial Reform Proposals Are Good for Democracy, the Rule of Law and the Economy
Uncategorized April 10, 2017
Israel’s “Right of Return” Grandparent Clause is De-Judaizing the Jewish State – Eliminate It
News April 10, 2017
ZOA is Disappointed, Offended and Frightened by 211 U.S. House Votes Supporting Jew-Hating, Israel-Hating Rep. Ilhan Omar
Center for Law & Justice
We work to educate the American public and Congress about legal issues in order to advance the interests of Israel and the Jewish people.
We assist American victims of terrorism in vindicating their rights under the law, and seek to hold terrorists and sponsors of terrorism accountable for their actions.
We fight anti-Semitism and anti-Israel bias in the media and on college campuses.
We strive to enforce existing law and also to create new law in order to safeguard the rights of the Jewish people in the United States and Israel.
Our Mission
ZOA STATEMENT
The ZOA speaks out for Israel – in reports, newsletters, and other publications. In speeches in synagogues, churches, and community events, in high schools and colleges from coast to coast. In e-mail action alerts. In op-eds and letters to the editor. In radio and television appearances by ZOA leaders. Always on the front lines of pro-Israel activism, ZOA has made its mark.
Related Articles
OP-ED BY: Morton A. Klein, ZOA ZOA Troubled AJC Condemned Israeli Ministers Danon, Bennett for Opposing Pal. State, Falsely Saying PM Reprimanded Danon

The head of the Iranian-backed Shia Lebanese terrorist organization, Hizballah, Hassan Nasrallah, has renewed his calls for the destruction of Israel and described it as a “cancerous tumor” that must be “eradicated.” In a public address in Dahieh, Lebanon, on what the Iranian Shia Islamist regime calls International Al-Quds Day, an annual event created by […]