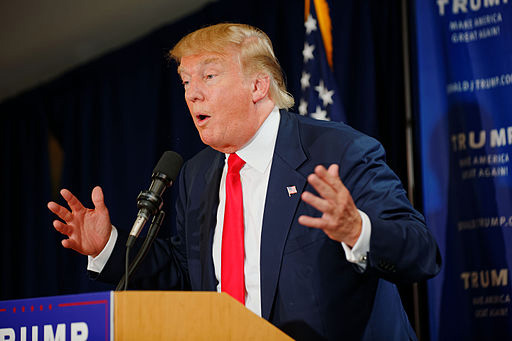 The Zionist Organization of America praises President Trump and Attorney General Sessions’ Department of Justice (DOJ) for bringing murder charges and issuing arrest warrants on Thursday (April 13), against two Palestinian Arab terrorists from the areas controlled by the Palestinian Authority (PA), for brutally murdering an American woman in Israel in 2010.  (See “Two Terrorists Charged in Connection With the 2010 Murder of a U.S. National in Israel,” DOJ, April 13, 2017.)  ZOA appreciates the Trump administration/Sessions’ DOJ’s actions to address Palestinian-Arab terrorists’ attacks against Americans – an issue that was neglected by the previous administration.

After the terrorists were arrested by Israeli authorities, terrorist Kifah Ghanimat told the Israeli authorities that he and terrorist Fatafta brought knives to Israel a few days before they attacked the two women hikers, and that Fatafta told him that “they were going to kill every Jewish person that they met.”  (See Affidavit of FBI International Terrorism Investigator in Support of the Arrest Warrant and Complaint, DOJ, April 13, 2017.)

The two terrorists were part of a Palestinian-Arab terrorist ring that was also responsible for at least one other murder, two attempted murders, rape, theft, and other violent acts.  (See “What A Waste, I’m 46 Years Old And I’m Being Murdered,” Exclusive Interview with Kay Wilson, by Melanie Lidman, Jerusalem Post, Jan. 27, 2011.)

ZOA appreciates the Trump administration/Sessions’ DOJ’s actions to address Palestinian-Arab terrorists’ attacks against Americans – an issue that was neglected by the previous administration.

Unfortunately, one or even two or more life sentences from an Israeli court is insufficient to assure that these terrorists will remain in prison.  Israel has previously released from prison Palestinian-Arab terrorists convicted of brutal murders in exchange for an Israeli soldier kidnapped by Hamas, or in exchange for dead bodies of kidnapped Israelis, or as a “peace gesture” in a fruitless attempt to start peace negotiations with the Palestinian Authority – notwithstanding the fact that the PA incites these sorts of brutal attacks against innocent Jews and Christians.  The “international community” has often pressured the Israeli government to release convicted Palestinian-Arab terrorists.

Thus the U.S. Department of Justice’s filing of a complaint and issuance of an arrest warrant on Thursday is an important step to help assure that vicious Palestinian-Arab terrorists Fatafta and Ghanimat will remain in prison for life.  ZOA urges the U.S. Department of Justice to also issue an extradition request to Israel, to turn these Palestinian-Arab terrorists over to the U.S., if Israel is ever considering releasing these brutal terrorists.

We would love to hear from you! Please fill out this form and we will get in touch with you shortly.
Trending Z
Uncategorized April 19, 2017
ZOA Analysis: Most American Rabbis Who Are Boycotting Some Israeli Ministers Are From Extremist Left Wing Groups (J Street; T’ruah; JVP)
Uncategorized April 19, 2017
ZOA: Israel’s Reasonable Judicial Reform Proposals Are Good for Democracy, the Rule of Law and the Economy
News April 19, 2017
ZOA is Disappointed, Offended and Frightened by 211 U.S. House Votes Supporting Jew-Hating, Israel-Hating Rep. Ilhan Omar
Uncategorized April 19, 2017
Israel’s “Right of Return” Grandparent Clause is De-Judaizing the Jewish State – Eliminate It
Center for Law & Justice
We work to educate the American public and Congress about legal issues in order to advance the interests of Israel and the Jewish people.
We assist American victims of terrorism in vindicating their rights under the law, and seek to hold terrorists and sponsors of terrorism accountable for their actions.
We fight anti-Semitism and anti-Israel bias in the media and on college campuses.
We strive to enforce existing law and also to create new law in order to safeguard the rights of the Jewish people in the United States and Israel.
Our Mission
ZOA STATEMENT
The ZOA speaks out for Israel – in reports, newsletters, and other publications. In speeches in synagogues, churches, and community events, in high schools and colleges from coast to coast. In e-mail action alerts. In op-eds and letters to the editor. In radio and television appearances by ZOA leaders. Always on the front lines of pro-Israel activism, ZOA has made its mark.
Related Articles
OP-ED ZOA: Natl. Jewish Democratic Council Should Oppose Hagel Nomination As It Did In 2009