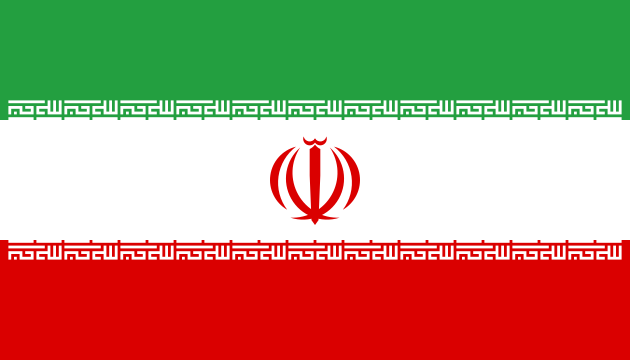 The Zionist Organization of America (ZOA) has pointed to a recent explicit statement by the head of Iran’s Atomic Energy Organization that Tehran can restore its Arak plutonium facility, supposedly deactivated as a plutonium processing facility by the 2015 Iran nuclear deal, to produce plutonium. Plutonium is an essential element in the manufacture of nuclear weaponry and is in no way necessitated by a genuinely peaceful, nuclear energy program, such as Iran claims to seek.

In an August 22 interview,  Ali Akbar Salehi, head of the Atomic Energy Organization Of Iran (AEOI) and a member of Iran’s nuclear negotiating team, stated that Iran can reactivate its Arak plutonium facility which, contrary to what was claimed by the Obama Administration and by supporters of the Iran nuclear deal, has not had its reactor core filled with cement and thus rendered inoperative. Instead, cement was only poured into some external pipelines, which can be easily replaced. Additionally, Salehi said that Iran will be able to start enriching uranium to 20% in the Fordo facility within only five days.

Salehi’s announcement that Iran is capable of restoring the Arak reactor core to quick operational use and that Iran can, within just five days, return to enriching uranium to 20%, points to Iran continuing its nuclear weapons program, which is a existential threat to Israel.

“Certain people [i.e. internal critics of the Iran nuclear deal] said that our nuclear industry has been paralyzed, and that it has been shut down and that [the West] has taken it [away from us], and even if you swear [that none of this is true], it is no use. That’s why we decided to present photos of the renewed reactor in Arak [to the public]. [The critics] presented photos of the pit that had been filled with cement and claimed that we had poured cement into the core of the Arak reactor. Those pictures are photoshopped, and [the people who presented them] must apologize and confess that they are deceiving public opinion with falsehoods. We [actually] poured cement only into some of the reactors pipelines, [pipes] several centimeters in diameter and two to three meters long. [We poured it] not into the reactor itself but [only] into the external pipes. If we are instructed to restore the former reactor and advance the former program that is unsuitable to [the present time] and is 40 or 50 years out of date, we will remove the front and back parts of these pipes and put in new pipes, which will take only several months. They made so much noise [about this], and we said nothing [at the time], out of humility, or if we said something nobody listened to us. That’s why we have decided to present photos of the reactor [to the public]. If we want to, we can start enriching [uranium] to 20% within five days, and that is very significant. This move sends various technical and professional messages, and the other side [the U.S. and the West] understands them … [We] regard the maintaining of the Fordo facilities as a point of strength in the JCPOA, whereas they [the U.S. and EU3] did not even want the Fordo [facility to] exist and said we had to shut it down … We maintained Fordo in the JCPOA so that if we want, we can start enriching [uranium] to 20% within five days … Iran’s nuclear plans and activity are continuing. Russia is constructing two new reactors at Bushehr, at a cost of €8.4 million, and the work is moving along nicely. The work in the discovery and mining [of raw uranium] is advancing … Also with regard to the nuclear fuel, great strides have been made, and this is a long-term, 10- to 15-year project.” (‘Head Of Iran’s Atomic Energy Organization: Only External Pipelines Of Arak Reactor Were Filled With Cement, Its Core Was Not; Within Five Days, We Can Begin Enriching Uranium To 20%,’ Middle East Media Research Institute (MEMRI) bulletin, September 1, 2017).

ZOA National President Morton A. Klein said, “We view this statement with alarm, because it confirms what we have repeatedly said about the 2015 nuclear deal: that Iran has not been blocked off from developing nuclear weapons, that the Arak plutonium facility –– essential to a program of nuclear weapons production but with no relevance to the peaceful atomic energy program Iran claims to solely seek –– remains operative and merely renovated, not closed or otherwise rendered inoperative; and that Iran can quickly recommence uranium enrichment to weapons grade level of 20%.

“Salehi’s announcement that Iran is capable of restoring the Arak reactor core to quick operational use and that Iran can, within just five days, return to enriching uranium to 20%, points to Iran continuing its nuclear weapons program, which is a existential threat to Israel.

“As MEMRI analysts A. Savyon, the Director of the MEMRI Iran Studies Project and U. Kafash, MEMRI Research Fellow conclude, ‘This means that despite its claims that it has no interest in military nuclear development, the Iranian regime is continuing to threaten to use this option, while it prevents actual inspection of its military facilities where suspect activity took place in the past.’

We would love to hear from you! Please fill out this form and we will get in touch with you shortly.
Trending Z
Uncategorized September 18, 2017
ZOA Analysis: Most American Rabbis Who Are Boycotting Some Israeli Ministers Are From Extremist Left Wing Groups (J Street; T’ruah; JVP)
Uncategorized September 18, 2017
ZOA: Israel’s Reasonable Judicial Reform Proposals Are Good for Democracy, the Rule of Law and the Economy
News September 18, 2017
ZOA is Disappointed, Offended and Frightened by 211 U.S. House Votes Supporting Jew-Hating, Israel-Hating Rep. Ilhan Omar
Uncategorized September 18, 2017
Israel’s “Right of Return” Grandparent Clause is De-Judaizing the Jewish State – Eliminate It
Center for Law & Justice
We work to educate the American public and Congress about legal issues in order to advance the interests of Israel and the Jewish people.
We assist American victims of terrorism in vindicating their rights under the law, and seek to hold terrorists and sponsors of terrorism accountable for their actions.
We fight anti-Semitism and anti-Israel bias in the media and on college campuses.
We strive to enforce existing law and also to create new law in order to safeguard the rights of the Jewish people in the United States and Israel.
Our Mission
ZOA STATEMENT
The ZOA speaks out for Israel – in reports, newsletters, and other publications. In speeches in synagogues, churches, and community events, in high schools and colleges from coast to coast. In e-mail action alerts. In op-eds and letters to the editor. In radio and television appearances by ZOA leaders. Always on the front lines of pro-Israel activism, ZOA has made its mark.
Related Articles
OP-ED BY: ZOA Staff J Street Poll Shows 72% of American Jews Support Building in Judea/Samaria