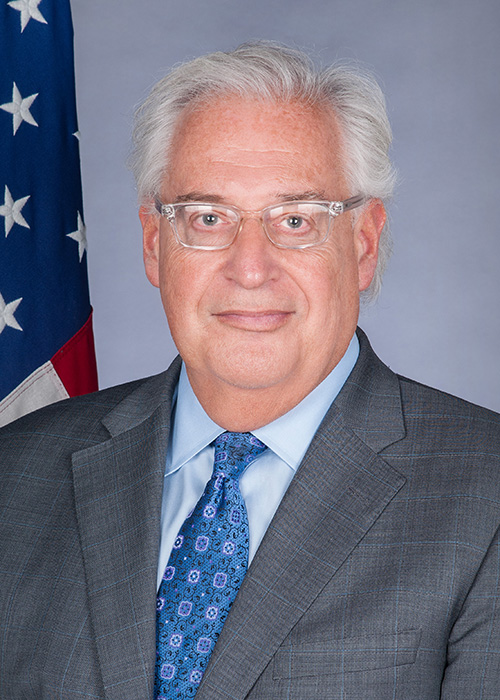 The ZOA praises U.S. Ambassador to Israel David Friedman for correctly stating during an interview with Hebrew language news website Walla last week that Jewish communities in Judea/Samaria (a/k/a “settlements”) are “part of Israel”; that these Jewish communities are important for security and have “important nationalistic, historical, religious significance” and only comprise 2% of Judea/Samaria; and that UN Security Council Resolution 242 entitles Israel to secure borders beyond the insecure lines existing in 1967 (prior to the Six-Day War).

The ZOA praises U.S. Ambassador to Israel David Friedman for correctly stating Jewish communities in Judea/Samaria only comprise 2% of Judea/Samaria and reassuring us that Trump will move Embassy to Jerusalem.

Ambassador Friedman stated: “I think the settlements are part of Israel.  I think that was always the expectation when Resolution 242 was adopted in 1967.”  The ambassador also noted that the idea of Resolution 242 “was that Israel would be entitled to secure borders,” and that the lines existing before the Six-Day War (meaning, the 1949 Armistice lines) “were viewed by everybody as not secure, so Israel would retain a meaningful portion of the West Bank, and it would return that which it didn’t need for peace and security.  So, there was always supposed to be some notion of expansion into the West Bank, but not necessarily expansion into the entire West Bank.  And I think that’s exactly what, you know, Israel has done.”

ZOA also praises the ambassador for correctly noting that settlements only comprise “two percent of the West Bank.  So, I think that’s consistent with Resolution 242.  And that’s been the basis for fifty years for the parties to proceed.  Obviously, there is important security considerations to those settlements.  There are important nationalistic, historical, religious significance to those settlements.  And, I think the settlers view themselves as Israelis and Israel views the settlers as Israelis.  I think those are the facts.”

The facts indeed confirm that:

Resolution 242 recognized that “every State in the area” has the “right to live in peace within secure and recognized boundaries free from threats or acts of force.”  Note that Resolution 242 speaks of existing “States” – meaning Israel, Jordan, Egypt, etc.   The resolution grant no rights to a non-existent Palestinian-Arab entity, and does not require Israel to withdraw from territory of non-state actors.

Then-U.S. President Lyndon Johnson affirmed that Israel’s borders need to extend beyond the pre-1967 lines, when Johnson stated shortly after Resolution 242 was passed: “We are not the ones to say where other nations should draw lines between them that will assure each the greatest security. It is clear, however, that a return to the situation of June 4, 1967, will not bring peace.”

Ambassador Friedman’s statement was very much in accordance with President Johnson’s clear explanation that Israel’s borders must extend beyond the suicidal pre-1967 lines to assure peace.

Resolution 242 does not obligate Israel to withdraw from any of Judea/Samaria, and certainly does not require Israel to withdraw from the Jewish communities there.  Israel complied with its obligation under Resolution 242 to partially withdraw from territory captured in the 1967 defensive Six-Day War, when Israel withdrew from the Sinai pursuant to the Israeli-Egyptian Peace Treaty.  (The Sinai comprised 94% of the territory that Israel had captured, or recaptured during the Six-Day War.)  Furthermore, withdrawal under Res. 242 is contemplated only after “termination of all claims or states of belligerency.”  Thus, further Israeli withdrawal is also not required because the PA continues its ugly belligerency towards Israel.

ZOA also notes that Resolution 242 did nothing to impair Israel’s legal rights to all of Judea/Samaria – rights that are grounded in binding international treaties (including Article 22 of the League of Nations Covenant; the Mandate for Palestine (1922), San Remo Resolution (1920), Feisal-Weitzman Treaty (1919) (an Arab-Jewish treaty, the 1924 Anglo-American Convention [Treaty] (a U.S. treaty obligation ratified by the U.S. Senate in 1925).

ZOA notes that there is nothing sacrosanct about the lines existing prior to the Six-Day War – which were the non-binding 1949 Armistice lines (a/k/a the “green line” or “1949 Armistice lines” or “armistice demarcation lines” or “pre-1967 lines” or indefensible “suicide borders”). The 1949 armistice agreements signed by Israel and neighbors Jordan and Egypt established these “armistice demarcation lines” at approximately the point where the fighting stopped, after six Arab nations invaded and tried to destroy Israel in 1948-1949.  The armistice agreements specifically stated that the armistice lines were “without prejudice” to a future political settlement.  In other words, the parties acknowledged that the lines existing prior to the Six-Day War were not binding international “borders.”

ZOA was also pleased to see the ambassador reiterate the Trump administration’s commitment to moving the U.S. Embassy to Jerusalem and recognizing Jerusalem as Israel’s eternal capital during the same interview, during the following exchange:

Interviewer: “Any chance that one day you’ll pack your office and bring the U.S. Embassy here to Jerusalem?”

Ambassador Friedman: “Well, I sure hope so.  That was one of the commitments of the President, and he’s a man who keeps his word.  I think he made it clear to the public, it’s not a question of ‘if,’ but it’s a question of ‘when.’ . . . I do believe he will decide to ultimately move the embassy and most importantly, to recognize Jerusalem as the eternal capital of the State of Israel and the Jewish people. . . I really don’t have any doubt that sometime within his presidency, he will recognize Jerusalem as Israel’s capital.”

Ambassador Friedman also beautifully stated during the course of his interview: “This [Israel] is where the Jewish faith began, and where it is at its strongest.”

Ambassador Friedman deserves credit, not only for his statements to Walla last week, but also for using the term “alleged occupation” during his earlier interview with the Jerusalem Post, (See “Mort Klein – There Is No Israeli ‘Occupation’: It’s Not Arab Land and 98 Percent of Palestinian-Arabs Live Under Arab Rule,” by Morton Klein, Breitbart, Sept. 29, 2017.)

We would love to hear from you! Please fill out this form and we will get in touch with you shortly.
Trending Z
News October 2, 2017
ZOA Condemns U.S. State Dept. & U.S. Amb. Nides For Siding with Antisemitic, Discriminatory Palestinian & Hamas Terrorists re: the Temple Mount, Violating Jews’ Religious Freedom
News October 2, 2017
ZOA’s Klein JPost Op-Ed: There is Nothing Extreme About Israel’s New Government
Uncategorized October 2, 2017
FLASH: ISRAEL-JORDAN PEACE TREATY (1994) GUARANTEES JEWS ACCESS TO THE TEMPLE MOUNT – LET MY PEOPLE PRAY
Uncategorized October 2, 2017
ZOA Analysis: Most American Rabbis Who Are Boycotting Some Israeli Ministers Are From Extremist Left Wing Groups (J Street; T’ruah; JVP)
Center for Law & Justice
We work to educate the American public and Congress about legal issues in order to advance the interests of Israel and the Jewish people.
We assist American victims of terrorism in vindicating their rights under the law, and seek to hold terrorists and sponsors of terrorism accountable for their actions.
We fight anti-Semitism and anti-Israel bias in the media and on college campuses.
We strive to enforce existing law and also to create new law in order to safeguard the rights of the Jewish people in the United States and Israel.
Our Mission
ZOA STATEMENT
The ZOA speaks out for Israel – in reports, newsletters, and other publications. In speeches in synagogues, churches, and community events, in high schools and colleges from coast to coast. In e-mail action alerts. In op-eds and letters to the editor. In radio and television appearances by ZOA leaders. Always on the front lines of pro-Israel activism, ZOA has made its mark.
Related Articles
OP-ED BY: ZOA Staff J Street Poll Shows 72% of American Jews Support Building in Judea/Samaria