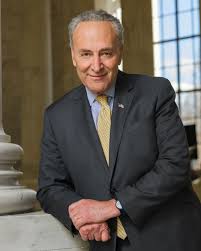 The ZOA praises the Senate Minority Leader, Senator Chuck Schumer (D-NY), for writing to U.S. Secretary of State Rex Tillerson, urging Secretary Tillerson to reconsider his unwise decision to “return” to Iraq the Jewish artifacts that Iraq’s Jews were forced to leave behind them when the Iraqi government expelled virtually the entire 2,500-year-old Iraqi Jewish community from their homes in the late 1940s to 1950s.  (A copy of Senator Schumer’s excellent letter is reprinted below, and is on the Senator’s website at: “Schumer: State Dept Once Again Unwisely Plans To Return Confiscated Judaica Collection To Iraq; Senator Renews Call To Not Send Back To Iraq Nearly 3,000 Jewish Artifacts That Were Originally Seized By Saddam Hussein’s Regime,” Sen. Schumer news release, Oct. 3, 2017.)

Last month, the ZOA issued a press release objecting to the Tillerson State Department’s statement that the State Department will “return” to the Iraqi government the thousands of Jewish holy and secular objects, representing thousands of years of Iraqi-Jewish culture, that the Iraqi government stole from the persecuted, dispossessed Iraqi-Jewish community.  ZOA explained that sending these Jewish objects to Iraq would make the Tillerson State Department complicit in Iraq’s theft of Jewish property.  ZOA urged the State Department to return the objects to their rightful owners in the Iraqi Jewish community.  ZOA cited a November 13, 2013 bipartisan Congressional letter to former Secretary of State John Kerry from Congresswoman Ileana Ros-Lehtinen (R-FL) and former Congressman Steve Israel (D-N.Y.) and 47 fellow Congress-members, which stated: “The Government of Iraq has no legitimate claim to these artifacts. . . . It would be criminal for the U.S. government to be complicit in denying the Jewish community what is rightfully theirs.”  (See “ZOA Opposes Tillerson/State Dept. Decision to “Return” to Iraq the Jewish Artifacts that Iraq Stole from Iraq’s Dispossessed Jewish Community,” Sept. 14, 2017)

Although the press has reported that, with the exception of ZOA, “major Jewish groups have remained largely silent on the issue,” ZOA’s discussions with officials of Jewish groups from all ends of the spectrum (including the far left) have revealed that the entire American Jewish community agrees with ZOA that these Iraqi Jewish objects should be returned to their rightful Jewish owners, and should not be sent to Iraq.

I write today out of deep concern over the recently reported decision to return over 2,700 pieces of Iraqi Judaica to Iraq next year. Four years ago, I urged then-Secretary of State John Kerry to delay and ultimately prevent the Iraqi Jewish Archive from returning to Iraq in 2014, the initial return deadline for the collection. Thankfully, after my urging, the deadline was postponed, however, the new deadline is now September 2018. These treasured artifacts belong to the Jewish community and, therefore, I am renewing my call for these artifacts to remain available and accessible to Jews worldwide – especially the exiled Iraqi Jewish community.

In 2003, American soldiers found the collection of Iraqi Judaica in a flooded Baghdad Intelligence Center, and the United States has spent over $3 million dollars preserving the collection. The collection, which includes partial Torah parchments and ancient prayer books, had been seized by Saddam Hussein’s troops and belonged to members of the exiled Iraqi Jewish community. Specifically, this priceless collection of Judaica consists of a Hebrew Bible with commentaries from 1568, a Babylonian Talmud from 1793, a Torah scroll fragment from Genesis, a Zohar from 1815 and other sacred ritual objects.

Items in the collection were seized by Saddam Hussein in 1984 from a Baghdad synagogue. Iraqi Jews placed the collection there during their mass exodus in the early 1950s. In the 1940s, outbreaks of anti-Jewish rioting occurred and in 1948, Zionism was made a capital crime. Between 1950-1952, more than 130,000 Jews left Iraq and were not allowed to carry more than one suitcase each. When the United States attempted to assist Iraqi Jews who wished to leave Iraq after the U.S. invasion in 2003, just 34 Jews were found in the entire country – a mere shadow of a 2,500 year old community which at its height numbered over 130,000 people.

These items belong to the people who were forced to leave them behind when the Iraqi government chose to exile them from their homes. Since the exile of Jews from Iraq virtually no Jewish life remains in the country – this treasured collection belongs to the Jewish community and should be made available to them. I strongly urge you to reconsider your decision to return these artifacts to the Iraqi government next year and urge you to work with Jewish organizations and the Iraqi Jewish community both in the United States and abroad to find a location to store and display these cherished items in a manner which respects their history.

We would love to hear from you! Please fill out this form and we will get in touch with you shortly.
Trending Z
News October 9, 2017
ZOA Condemns U.S. State Dept. & U.S. Amb. Nides For Siding with Antisemitic, Discriminatory Palestinian & Hamas Terrorists re: the Temple Mount, Violating Jews’ Religious Freedom
News October 9, 2017
ZOA’s Klein JPost Op-Ed: There is Nothing Extreme About Israel’s New Government
Uncategorized October 9, 2017
FLASH: ISRAEL-JORDAN PEACE TREATY (1994) GUARANTEES JEWS ACCESS TO THE TEMPLE MOUNT – LET MY PEOPLE PRAY
Uncategorized October 9, 2017
ZOA Analysis: Most American Rabbis Who Are Boycotting Some Israeli Ministers Are From Extremist Left Wing Groups (J Street; T’ruah; JVP)
Center for Law & Justice
We work to educate the American public and Congress about legal issues in order to advance the interests of Israel and the Jewish people.
We assist American victims of terrorism in vindicating their rights under the law, and seek to hold terrorists and sponsors of terrorism accountable for their actions.
We fight anti-Semitism and anti-Israel bias in the media and on college campuses.
We strive to enforce existing law and also to create new law in order to safeguard the rights of the Jewish people in the United States and Israel.
Our Mission
ZOA STATEMENT
The ZOA speaks out for Israel – in reports, newsletters, and other publications. In speeches in synagogues, churches, and community events, in high schools and colleges from coast to coast. In e-mail action alerts. In op-eds and letters to the editor. In radio and television appearances by ZOA leaders. Always on the front lines of pro-Israel activism, ZOA has made its mark.
Related Articles
OP-ED Fmr. Secy. Colin Powell: Defense Dept. Influences Presidential Policy