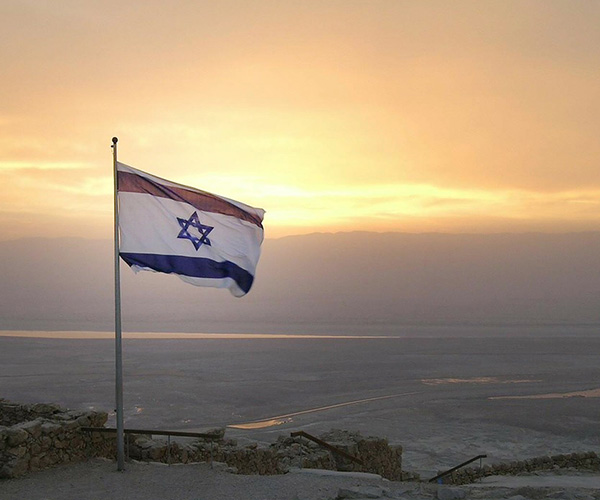 The ZOA is pleased that the Center for Jewish History (CJH) announced that it is cancelling two of CJH’s scheduled extreme anti-Israel programs, co-sponsored with the disgraceful Israel boycott promoter “Jewish Voice for Peace” (JVP), and featuring JVP leaders.  Even the leftwing Anti-Defamation League (ADL) named JVP as one of the “Top 10 anti-Israel groups; the worst of the worst.”  The CJH/JVP canceled a scheduled program condemning the Balfour Declaration that was comprised of JVP coordinator Robert Herbst and co-founder of the Sabeel Ecumenical Liberation Theology Center, Jonathan Kuttab.  The Sabeel Center seeks to replace all of Israel with a Palestinian Arab state, and specializes in working to turn Christians against Jews and Israel.  Like JVP, Sabeel is also listed among ADL’s “Top 10 anti-Israel groups; the worst of the worst.”

But we have much more work to do here!!  CJH’s new extremist leftwing hostile-to-Israel CEO David N. Myers still remains at the helm at the Center for Jewish History.  ZOA recently wrote a detailed report on Myers’ anti-Israel propagandizing – including Myer’s use of false and outright fictional accounts to libel Israeli Jews and Israel while ignoring or disparaging truthful pro-Israel history as “myths”; Myers’ extensive involvements with the worst hostile-to-Israel organizations; and Myers’ damage to Jewish and pro-Israel students on college campuses.  (See “ZOA: Hostile-to-Israel Propagandist David Myers Should Not Lead Center for Jewish History,” Sept. 18, 2017.)

Moreover, CJH’s still-scheduled events promote a far-left agenda, and do not include even a single pro-Israel program, or a single program about the rampant radical Islamist attacks on Jews.  Instead, CJH’s current schedule includes various individuals and topics on the left, including programming featuring neo-Marxist ideology; Trump-haters; individuals who continue to falsely malign Zionist and fighter against anti-Semitism Steve Bannon; and an event with the president of the leftwing paper, the Forward.

The CJH and its program on German Jews doesn’t even mention the famous German Jewish Zionist, Albert Einstein.

Albert Einstein once wrote: “It is . . . a bitter paradox to find that a State [Israel] which was destined to be a shelter for a martyred people is itself threatened by grave dangers to its own security. The universal conscience cannot be indifferent to such peril.”

Where is the conscience of the CJH to the dangers Israel faces today?

ZOA thus urges all our friends to join the protest against CJH’s CEO David N. Myers, next evening Wednesday October 18th, from 5 p.m. to 8 p.m., in front of CJH, at 15 West 16th Street, Manhattan.

We would love to hear from you! Please fill out this form and we will get in touch with you shortly.
Trending Z
News October 10, 2017
ZOA Condemns U.S. State Dept. & U.S. Amb. Nides For Siding with Antisemitic, Discriminatory Palestinian & Hamas Terrorists re: the Temple Mount, Violating Jews’ Religious Freedom
Uncategorized October 10, 2017
FLASH: ISRAEL-JORDAN PEACE TREATY (1994) GUARANTEES JEWS ACCESS TO THE TEMPLE MOUNT – LET MY PEOPLE PRAY
Uncategorized October 10, 2017
ZOA Analysis: Most American Rabbis Who Are Boycotting Some Israeli Ministers Are From Extremist Left Wing Groups (J Street; T’ruah; JVP)
Uncategorized October 10, 2017
Israel’s “Right of Return” Grandparent Clause is De-Judaizing the Jewish State – Eliminate It
Center for Law & Justice
We work to educate the American public and Congress about legal issues in order to advance the interests of Israel and the Jewish people.
We assist American victims of terrorism in vindicating their rights under the law, and seek to hold terrorists and sponsors of terrorism accountable for their actions.
We fight anti-Semitism and anti-Israel bias in the media and on college campuses.
We strive to enforce existing law and also to create new law in order to safeguard the rights of the Jewish people in the United States and Israel.
Our Mission
ZOA STATEMENT
The ZOA speaks out for Israel – in reports, newsletters, and other publications. In speeches in synagogues, churches, and community events, in high schools and colleges from coast to coast. In e-mail action alerts. In op-eds and letters to the editor. In radio and television appearances by ZOA leaders. Always on the front lines of pro-Israel activism, ZOA has made its mark.
Related Articles
OP-ED ZOA Criticizes Obama For Supplying F-16s to Egypt’s Anti-Semitic Morsi & His Extremist Islamist Regime