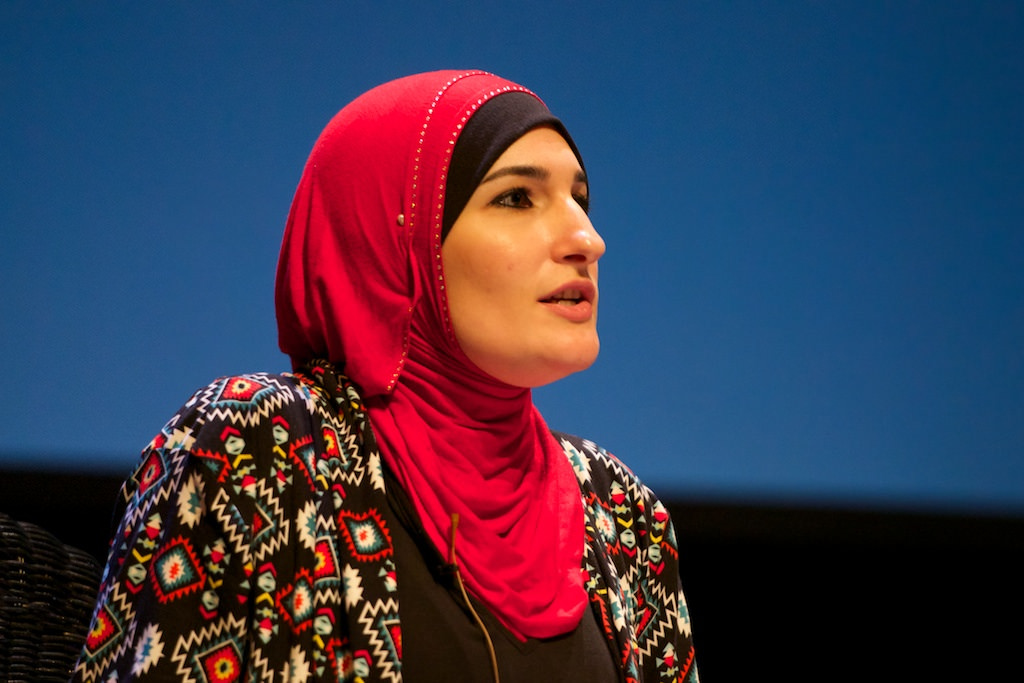 The Zionist Organization of America (ZOA) has praised the Anti-Defamation League’s head Jonathan Greenblatt for his forthright and apt criticism of New York’s The New School for inviting as a panelist on the subject of  ‘Antisemitism and the Struggle for Justice’, the anti-Israel terrorist praising Linda Sarsour. Greenblatt’s declaration is especially needed and important since a letter has been recently disseminated actually defending Sarsour. Among those signing the pro-Sarsour petition include Mark Hetfield of HIAS, a group that contrary to their previous mission of bringing Jews to America now focuses on bringing Muslims to America, leaders of J Street, National Council of Jewish Women, Reconstructionist rabbis, New Israel Fund and others.

Sarsour is a vicious hater of Israel, a hostile opponent of actual feminists seeking equality and security in Muslim societies and an embracer of anti-Semites like Nation of Islam leader Louis Farrakhan and convicted terrorist Rasmeh Odeh.

In reaction to the news of Sarsour’s invitation to the panel on anti-Semitism, Mr. Greenblatt tweeted, “Having Linda Sarsour & head of JVP leading a panel on #antisemitism is like Oscar Meyer leading a panel on vegetarianism. These panelists know the issue, but unfortunately, from perspective of fomenting it rather than fighting it. http://bit.ly/2AHg8Ok “

The ZOA applauds Mr. Greenblatt’s decision to strongly criticize Sarsour and the choice of her as panelist by The New School; all the more, in view of the number of Jews, often far-left wing or simply Israel-haters, who have come out to defend her.

Sarsour is a vicious hater of Israel, a hostile opponent of actual feminists seeking equality and security in Muslim societies and an embracer of anti-Semites like Nation of Islam leader Louis Farrakhan and convicted terrorist Rasmeh Odeh.

ZOA National President Morton A. Klein said, “We applaud Jonathan Greenblatt for the important stance he took, which is apt and necessary at this time  of moral confusion. We also strongly criticize those publicly supporting the anti-Israel Sarsour such as HIAS leader Mark Hetfield, J Street’s Jeremy Ben Ami – an anti-Israel group, leaders from National Council of Jewish Women, Reconstructionist rabbis, New Israel Fund and others.

In a more sober age, Linda Sarsour would be shunned for a panel of this sort. Today, associating with terrorists like Rasmeh Odeh and anti-Semites like Louis Farrakhan and wanting to see the destruction of the state of the Jewish people is no impediment to being invited onto a panel discussing anti-Semitism.”

Linda Sarsour is a sharia-promoting Muslim supremacist who denies for Jews the self-determination she demands for Palestinian Arabs. She has asserted, “There is nothing creepier than Zionism,” lauded the Palestinian Authority (PA) tactic of deploying children to throw rocks at Israel forces in combat situations as the “definition of courage,” supports the Boycott, Sanctions, Divestment (BDS) campaign to delegitimize Israel, and seeks a single Arab-dominated state on the ruins of Israel.

Sarsour has viciously tweeted of genuine advocates for women’s rights like Somali-born Ayaan Hirsi Ali, who endured female genital mutilation as a child, and Lebanese-born Brigitte Gabriel, “I wish I could take away their vaginas.”

In April, Sarsour shared a platform with Palestinian terrorist Rasmeh Odeh, convicted for the murder of two Israelis in a 1969 terror attack, saying she was “honored to be on this stage with Rasmeh Odeh.” When, In August, Odeh was stripped of her US citizenship and deported to Jordan, Sarsour, who has publicly embraced her, was on hand to defend her.

She has also unhesitatingly climbed into bed with grotesque anti-Semites like black supremacist hate-monger Louis Farrakhan, endorsing his Nation of Islam (NOI) as “integral” to American Muslim life and even addressing a Farrakhan rally.

We would love to hear from you! Please fill out this form and we will get in touch with you shortly.
Trending Z
Uncategorized November 21, 2017
ZOA Analysis: Most American Rabbis Who Are Boycotting Some Israeli Ministers Are From Extremist Left Wing Groups (J Street; T’ruah; JVP)
Uncategorized November 21, 2017
ZOA: Israel’s Reasonable Judicial Reform Proposals Are Good for Democracy, the Rule of Law and the Economy
News November 21, 2017
ZOA is Disappointed, Offended and Frightened by 211 U.S. House Votes Supporting Jew-Hating, Israel-Hating Rep. Ilhan Omar
Uncategorized November 21, 2017
Israel’s “Right of Return” Grandparent Clause is De-Judaizing the Jewish State – Eliminate It
Center for Law & Justice
We work to educate the American public and Congress about legal issues in order to advance the interests of Israel and the Jewish people.
We assist American victims of terrorism in vindicating their rights under the law, and seek to hold terrorists and sponsors of terrorism accountable for their actions.
We fight anti-Semitism and anti-Israel bias in the media and on college campuses.
We strive to enforce existing law and also to create new law in order to safeguard the rights of the Jewish people in the United States and Israel.
Our Mission
ZOA STATEMENT
The ZOA speaks out for Israel – in reports, newsletters, and other publications. In speeches in synagogues, churches, and community events, in high schools and colleges from coast to coast. In e-mail action alerts. In op-eds and letters to the editor. In radio and television appearances by ZOA leaders. Always on the front lines of pro-Israel activism, ZOA has made its mark.
Related Articles
OP-ED BY: ZOA Staff J Street Poll Shows 72% of American Jews Support Building in Judea/Samaria