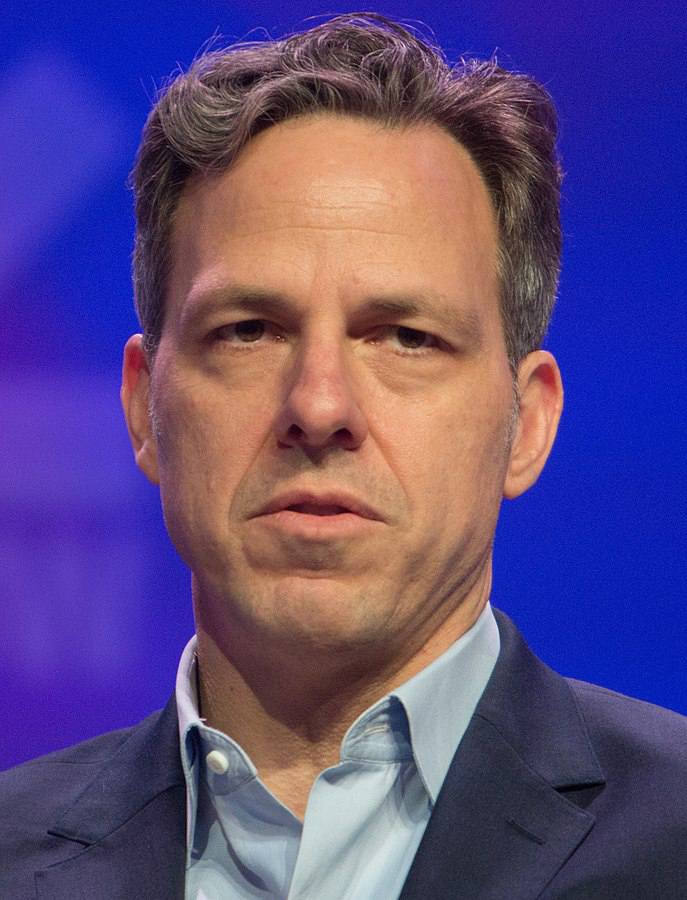 The Zionist Organization of America (ZOA) has praised CNN’s Jake Tapper for his integrity for criticizing UN and highlighting the shocking human rights records of many countries that voted in the United Nations General Assembly (UNGA) to condemn the US for recognizing Jerusalem as Israel’s capital.

Mr. Tapper, in describing some of the countries that had voted to condemn Israel, noted that many of them were despotic and murderous regimes lacking any credibility or respect when it comes to matters of human rights.

Mr. Tapper noted that one of those who had ardently condemned the US for the move on Jerusalem was the Maduro regime in Venezuela, which was, he said, a:

“Humanitarian disaster, with violence in the streets, an economy in complete collapse, citizens malnourished, dying children being turned away from hospitals, starving families joining street gangs to scrounge for food. On what moral platform does the government of Venezuela stand today? Not to be outdone, of course, the US also got an earful today from Syria. We’re in the seventh year of the brutal Syrian civil war that has killed half a million people and displaced millions. Syrian President Bashar al-Assad has used chemical weapons against his own citizens, including children.”

Mr. Tapper, in this segment demonstrated rare moral clarity and professionalism in informing his audience of the nature and character of the countries condemning Israel within the UN and the corrosive effect this majority of squalid and unrepresentative dictatorships have upon the world body.

Mr. Tapper also observed that another of those condemning the US for this alleged “threat to international peace and security” was Yemen, one of the countries that drafted the resolution condemning America. Mr. Tapper noted that Yemen is a country with an atrocious record on human rights and which was also mired in a brutal civil war, while other nations that are scarcely paragons of human rights like China and Myanmar were also condemning and lecturing the US on exercising its sovereign right to recognize Jerusalem as Israel’s capital, which if course it actually is.

Mr. Tapper also rightly pointed out the anti-Israel obsession that grips the UN organization, informing his audience that, of the 97 resolutions passed by the UN General Assembly singling out a particular country in the past year, 83 –– which is to say, 86% of the total number of resolutions –– were condemnatory of Israel (‘Critics with questionable records condemn US,’ CNN video, December 22, 2017)

ZOA National President Morton A. Klein said, “We applaud Mr. Tapper’s moral clarity snd integrity and unusual but absolutely correct sense of puzzlement and outrage at the grotesque inhumanity of many of the regimes that dare to condemn and lecture the US in the UN for recognizing Jerusalem as the capital of the state of Israel.

“Despite the hue and cry we are witnessing today over the US decision on Jerusalem, in time, other democratic and civilized countries will eventually move their embassies to Jerusalem, where they belong.

“Mr. Tapper, in this segment, demonstrated rare moral clarity and professionalism in informing his audience of the nature and character of the countries condemning Israel within the UN and the corrosive effect this majority of squalid and unrepresentative dictatorships have upon the world body. He deserves recognition and praise for his statement- tragically rare in the world of journalism.”

We would love to hear from you! Please fill out this form and we will get in touch with you shortly.
Trending Z
News December 26, 2017
ZOA Condemns U.S. State Dept. & U.S. Amb. Nides For Siding with Antisemitic, Discriminatory Palestinian & Hamas Terrorists re: the Temple Mount, Violating Jews’ Religious Freedom
News December 26, 2017
ZOA’s Klein JPost Op-Ed: There is Nothing Extreme About Israel’s New Government
Uncategorized December 26, 2017
FLASH: ISRAEL-JORDAN PEACE TREATY (1994) GUARANTEES JEWS ACCESS TO THE TEMPLE MOUNT – LET MY PEOPLE PRAY
Uncategorized December 26, 2017
ZOA Analysis: Most American Rabbis Who Are Boycotting Some Israeli Ministers Are From Extremist Left Wing Groups (J Street; T’ruah; JVP)
Center for Law & Justice
We work to educate the American public and Congress about legal issues in order to advance the interests of Israel and the Jewish people.
We assist American victims of terrorism in vindicating their rights under the law, and seek to hold terrorists and sponsors of terrorism accountable for their actions.
We fight anti-Semitism and anti-Israel bias in the media and on college campuses.
We strive to enforce existing law and also to create new law in order to safeguard the rights of the Jewish people in the United States and Israel.
Our Mission
ZOA STATEMENT
The ZOA speaks out for Israel – in reports, newsletters, and other publications. In speeches in synagogues, churches, and community events, in high schools and colleges from coast to coast. In e-mail action alerts. In op-eds and letters to the editor. In radio and television appearances by ZOA leaders. Always on the front lines of pro-Israel activism, ZOA has made its mark.
Related Articles
OP-ED BY: ZOA Staff J Street Poll Shows 72% of American Jews Support Building in Judea/Samaria