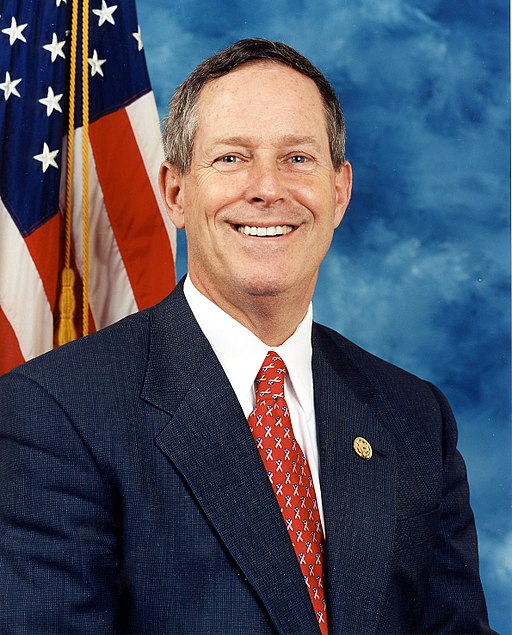 The Zionist Organization of America (ZOA) has praised Congressional efforts now afoot to remove the United States from the United Nations Human Rights Council (UNHRC) and to cut off U.S. funding to the body, currently $23 million annually. The resolution, which reaffirms U.S. support for Israel and condemns the UNHRC for wasteful and abusive actions, is being spearheaded by Representative Joe Wilson (R–SC), a member of the House Foreign Affairs Committee.

Accordingly, the time is ripe — indeed, well past time — for the US to withdraw from this mischievous and toxic organization and to cut off funds to it if it does not thoroughly reform itself…into a genuine body upholding human rights…

Recently, the UNHRC most currently took up an effort to target companies that do business with Israel and to push them into cutting ties, an effort that fits in with the Boycott, Divestment, and Sanctions movement (BDS), a global campaign that, as acknowledged by its founders, seeks to economically harm and ostracize Israel with a view to its eventual elimination.

Some facts about the UN Human Rights Council:

As a result of this appalling record, the new Congressional resolution spearheaded by Representative Wilson urges the body to enact massive reforms or face a cut off of millions of U.S. taxpayer dollars. The resolution puts the UNHRC on notice that its targeting of Israel could lead the United States to remove itself from the body and to consider cutting off some $23 million in funding.

Representative Wilson said, “The American people need to know this particular council has incredibly condemned Israel 78 times and North Korea only nine times, and has never condemned the authoritarian conduct of China or Russia …. It has targeted Israel more than any other country.… By continuing to be a member of the UNHRC, the United States is “giving complicity to the outrageous conduct.”

ZOA National President Morton A. Klein said, “The UN Human Rights Council is a blatantly and thoroughly corrupt, virulently anti-Israel organization that brings into disrepute the cause of human rights it is supposed to be upholding. It is as bad as or even worse than its predecessor, which was terminated for identical problems.

“Thanks to the priority it accords to representation based on geographical distribution, the Council is dominated by non-democratic African and Asian regimes, which enjoy an unbreakable controlling majority of 26 of the 47 seats.

“U.S. participation in the UNHRC under the Obama Administration did nothing to moderate or alter the council’s pattern of ignoring the worst human rights abusers while pillorying Israel with condemnations based on lies and politically motivated assaults –– supposedly, the reason the U.S. joined the Council in 2009.

“Consequently, U.S. opposition to the Council-commissioned Goldstone Report, which perverted international legal norms and procedures to find Israel guilty of war crimes in Gaza, did nothing to forestall or ameliorate this demonization of a fellow democracy — or prevent the UN General Assembly from endorsing it.

“American presence on the Council did not stop it from favoring the membership of Iran, despite its record of public hangings of gays.

“The only result of U.S. membership has been to taint it, while achieving next to nothing.

“Accordingly, the time is ripe — indeed, well past time — for the .U.S to withdraw from this mischievous and toxic organization and to cut off funds to it if it does not thoroughly reform itself and become transformed into a genuine body upholding human rights, consisting only of free countries that maintain human rights standards and which does not preoccupy itself with lying about Israel.

“For these reasons, we strongly praise the efforts of U.S. Cong. Wilson and his colleagues who are advancing this new legislation.”

We would love to hear from you! Please fill out this form and we will get in touch with you shortly.
Trending Z
News February 20, 2018
New Biden Nominees Opposed Abraham Accords & Involved in Israeli Election Interference
Uncategorized February 20, 2018
ZOA Letter to DOJ & FBI on New “Mapping Project” Antisemitic Threat by ZOA Pres. Morton Klein, Dir. of Research/Special Projects Liz Berney, Esq., Dir. Center for Law & Justice Susan Tuchman, Esq.
Op-Ed February 20, 2018
ZOA’s Mort Klein JPost Op-Ed: BDS Mapping Project Targets Every Jew, Including Left Wing, Israelophobic Jews
News February 20, 2018
U.S. Senators Criticize Tamara Wittes, Biden Nominee’s Anti-Israel Bias ― Jewish Groups are Deafeningly Silent
Center for Law & Justice
We work to educate the American public and Congress about legal issues in order to advance the interests of Israel and the Jewish people.
We assist American victims of terrorism in vindicating their rights under the law, and seek to hold terrorists and sponsors of terrorism accountable for their actions.
We fight anti-Semitism and anti-Israel bias in the media and on college campuses.
We strive to enforce existing law and also to create new law in order to safeguard the rights of the Jewish people in the United States and Israel.
Our Mission
ZOA STATEMENT
The ZOA speaks out for Israel – in reports, newsletters, and other publications. In speeches in synagogues, churches, and community events, in high schools and colleges from coast to coast. In e-mail action alerts. In op-eds and letters to the editor. In radio and television appearances by ZOA leaders. Always on the front lines of pro-Israel activism, ZOA has made its mark.
Related Articles
OP-ED ZOA: Why Are We Funding a PA Terror Regime Which Is Also A Police State?