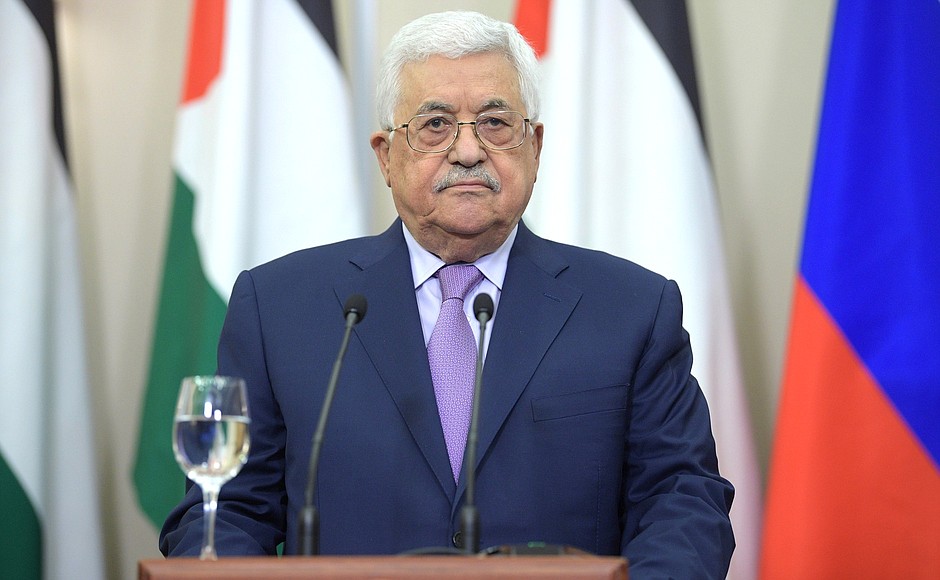 ZOA: Why Are We Funding a PA Terror Regime Which Is Also A Police State?
News Press Release

The Zionist Organization of America (ZOA) has pointed to Mahmoud Abbas’ Palestinian Authority (PA) recent Cyber Crime Law and its reflection of the police state the PA has become in renewing its call for the termination of US aid to the PA.

The new Palestinian law, combating information technology crimes, which has sparked a wave of protests from Palestinian Arab journalists and human rights organizations and which was signed by Mahmoud Abbas on July 11 without review by the Palestinian Legislative Council, permits the imprisonment of Palestinians for merely “liking” or sharing published material on the internet of which the PA disapproves.

ZOA National President Morton A. Klein said, “Mahmoud Abbas’ new Cyber Crime Law… lays bare the fact that the PA, in addition to being a terror-promoting regime, is also increasingly becoming a police state in which no one can discuss anything surrounding the PA leadership.”

The Law will further restrict freedom of expression, especially on social media, like Facebook and Twitter, to which Palestinian journalists and bloggers have resorted increasingly over the years, in the absence of a free and independent media in the PA-controlled territories. Social media have become the venues for criticism of Abbas and the PA’s leadership and financial and administrative corruption. However, with Abbas’ signing of the new Law, Facebook, Twitter and other social media will now be closely monitored by the PA security forces.

The new Cyber Crime Law comes on the heels of the PA’s recent decision to block more than 20 Palestinian websites accused of publishing comments and reportage critical of Abbas and the PA leadership generally. As a Ramallah journalist has observed, “this law carries penalties that are tougher than those imposed on thieves and sex offenders … the law, in its present form, is designed to limit the freedom of the media and punish people for simple matters,” (Khaled Abu Toameh, ‘Abbas: Shut Up or I will Arrest You!,’ Gatestone Institute, July 17, 2017).

ZOA National President Morton A. Klein said, “Mahmoud Abbas’ new Cyber Crime Law –– which has not been reviewed or approved by anyone other than Abbas, a dictator who has not held an election in twelve years and is currently in the thirteenth year of a five-year term –– lays bare the fact that the PA, in addition to being a pro-terror, anti-peace, terror-promoting regime, is also increasingly becoming a police state in which no one can discuss anything surrounding the PA leadership.

“This did not start now, but has been an aspect of the PA from its inception. Just recall, for instance, when Yasser Arafat jailed the Palestinian Arab journalist Daoud Kuttab merely for broadcasting a recording of a segment of a session of the Palestinian Legislative Council in which criticism had been expressed of Arafat by legislators.

“Indeed, as Khaled Abu Toameh notes, this new Law merely formalizes what has long been the situation within Abbas’ PA.

“That being the case, why on earth are we, the American tax-payer, funding this monstrous, terror-supporting, pro-terror, anti-peace regime that is also a massive human rights abuser of its own people and increasingly a police state?

“Let us remember that this is the same PA which, in 2014, paid prisoners and released prisoners approximately $12 million US dollars each month or $144 million for the year.

“It did not pay this to all prisoners; it only paid prisoners who had murdered, or been involved in the murder, or attempted murder, of Jewish civilians. Thus, Palestinian car thieves in Israeli prisons do not qualify for PA salaries, but Hamas and Fatah terrorist murderers do qualify.

“Accordingly, all donor countries to the PA are not only enabling Mahmoud Abbas to incentivize and reward terrorism, but to also repress his people and crush dissent.

“We are not morally or otherwise obliged to do this; quite the reverse.

“We call again upon President Trump to end US tax-payer funded to Mahmoud Abbas’ PA.”

We would love to hear from you! Please fill out this form and we will get in touch with you shortly.
Trending Z
News August 11, 2017
ZOA Condemns U.S. State Dept. & U.S. Amb. Nides For Siding with Antisemitic, Discriminatory Palestinian & Hamas Terrorists re: the Temple Mount, Violating Jews’ Religious Freedom
News August 11, 2017
ZOA’s Klein JPost Op-Ed: There is Nothing Extreme About Israel’s New Government
Uncategorized August 11, 2017
FLASH: ISRAEL-JORDAN PEACE TREATY (1994) GUARANTEES JEWS ACCESS TO THE TEMPLE MOUNT – LET MY PEOPLE PRAY
Uncategorized August 11, 2017
ZOA Analysis: Most American Rabbis Who Are Boycotting Some Israeli Ministers Are From Extremist Left Wing Groups (J Street; T’ruah; JVP)
Center for Law & Justice
We work to educate the American public and Congress about legal issues in order to advance the interests of Israel and the Jewish people.
We assist American victims of terrorism in vindicating their rights under the law, and seek to hold terrorists and sponsors of terrorism accountable for their actions.
We fight anti-Semitism and anti-Israel bias in the media and on college campuses.
We strive to enforce existing law and also to create new law in order to safeguard the rights of the Jewish people in the United States and Israel.
Our Mission
ZOA STATEMENT
The ZOA speaks out for Israel – in reports, newsletters, and other publications. In speeches in synagogues, churches, and community events, in high schools and colleges from coast to coast. In e-mail action alerts. In op-eds and letters to the editor. In radio and television appearances by ZOA leaders. Always on the front lines of pro-Israel activism, ZOA has made its mark.
Related Articles
OP-ED BY: Morton A. Klein ZOA Applauds PM Netanyahu’s Promise To Stop Iran’s Nuclear Weapons Program, Even If It Has To Act Alone