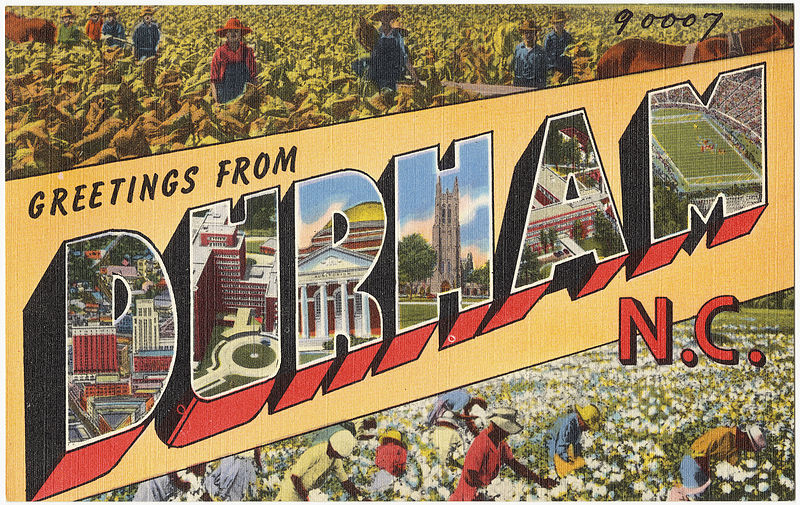 The ZOA demands that Mayor Schewel and the Durham City Council immediately rescind its appalling statement and ban.

ZOA urges: Call and email Mayor Schewel and the Council members at the phone numbers and emails listed below to demand rescission, and explain why the City Council’s action is wrong, discriminatory and anti-Semitic.  Also please email the entire council at:  council@durhamnc.gov  (with a copy to ZOA at liz@zoa.org).

“The Durham City Council appreciates receipt of the memo dated April 4, 2018 from Chief C.J. Davis to City Manager Tom Bonfield stating that “there has been no effort while I have served as Chief of Police to initiate or participate in any exchange to Israel, nor do I have any intention to do so.”  The Durham City Council endorses this statement by Chief Davis and affirms as policy that the Durham Police Department will not engage in such exchanges. The council opposes international exchanges with any country in which Durham officers receive military-style training since such exchanges do not support the kind of policing we want here in the City of Durham. We recognize and share the deep concern about militarization of police forces around the country. We know that racial profiling and its subsequent harms to communities of color have plagued policing in our nation and in our own community. . . Black lives matter. We can make that phrase real in Durham by rejecting the militarization of our police force in favor of a different kind of policing, and that is what we are doing in Durham now.”

The City Council’s actions were instigated by a coalition of Jew-hating terrorist-allied groups, called “Demilitarize from Durham2Palestine,” who ran a vicious anti-Israel disinformation campaign.  The coalition includes groups such as the Muslim Public Affairs Council, which is on record calling for Israel’s complete destruction and blaming Israel for 9/11 terror attack ;see MPAC and its president’s statements and citations in ZOA’s Report on J Street, at page 76 & footnote 294), and two chapters of the virulent anti-Israel, Students for Justice in Palestine (SJP), which Congressional testimony revealed is funded by Hamas. (See “Former Treasury Official: Hamas Group Funds BDS/SJP Groups,” ZOA summary of testimony, May 3, 2016.)

A City Council Platform for Antisemitic Israel-Bashers:  The Durham City Council meeting on April 16, 2018 (See town council meeting full video) was a platform for Islamists (including a Arab woman wearing what appears to be a Hamas neckscarf) and their sympathizers to spew outrageous, vicious, anti-Semitic, anti-Israel lies.  For instance:

None of the “coalition” speakers mentioned the thousands of Palestinian-Arab deadly terrorist attacks on Israeli civilians, including the violent Gazan riots, in which Hamas and its paid rioters have been screaming for “death to the Jews,” lobbing Molotov cocktails and shooting at the IDF, and trying to storm the border to carry out their death threats against the Jewish people.

JVP’s Anti-Israel Leadership Role and Infiltration of Durham Jewish Education:  One of the leaders of the Jew-hating, Israel-maligning “Demilitarize from Durham2Palestine” coalition is the misleadingly named “Jewish Voice for Peace” (JVP) – an extremist, virulent anti-Israel group promoting anti-Israel boycotts, which gives “Jewish cover” to Islamist anti-Semites.  JVP is running a defamatory national campaign to blame Israel for purported American police violence towards “people of color.”  Unfortunately, JVP has infiltrated some local Durham synagogues.  At the City Council hearing, JVP leader Sandra Korn described herself as “a Jewish educator, a leader in my synagogue,” and then urged the City Council not to be dissuaded by “accusations of anti-Semitism,” and falsely portrayed the Jewish community as overwhelmingly in favor of the Council’s anti-Israel statement and ban.  (full meeting video, 1:10-1:12)

Durham local Jewish businesswoman Sloan Rachmuth informed ZOA that she has raised the issue of extremist anti-Israel JVP members such as Sandra Korn teaching Jewish children in the local synagogues and Jewish day school for years – and the Jewish community has failed to act.  The Durham City Council’s action should be a wake-up call to the Durham Jewish community that they must rid themselves of the anti-Israel anti-Semitic JVP cancer in their midst.

Some notable examples include the following:

It is not just young Jewish adults who are feeling unsafe.  A Durham resident told ZOA that her young children are now afraid to disclose that they are Jewish at their public school, and that more and more Durham Jews are now hiding their faith, especially after this City-Council-endorsed anti-Semitism.

Indeed, as the Jewish Press reported: “Former Durham Police Chief Jose Lopez traveled to Israel to attend one of the programs while serving on the department, and said the petition [to ban training in Israel] was inaccurate and provided grossly distorted information about Israel. Lopez said he was trained in how to manage major crisis situations “where bombings had occurred, shootings, things of that nature, things that really a lot of Americans need to concern themselves now.” He added that the exchange is valuable and the petition distorts what really happens, pointing out that none of the training had anything to do with “militarizations.””

Sadly, the Durham City Council even refused Mr. Rosenberg’s most reasonable request to wait to consider the interests of the citizens whom the council was elected to represent.  Instead, the Durham City Council furthered the interests of a cabal of anti-Semitic, anti-Israel hate groups, and enacted a shameful discriminatory, anti-Semitic, anti-Israel statement and policy.

ZOA again urges the Durham City Council to rescind and remove this stain on the City of Durham, its mayor and Council.

We would love to hear from you! Please fill out this form and we will get in touch with you shortly.
Trending Z
News April 23, 2018
ZOA Condemns U.S. State Dept. & U.S. Amb. Nides For Siding with Antisemitic, Discriminatory Palestinian & Hamas Terrorists re: the Temple Mount, Violating Jews’ Religious Freedom
News April 23, 2018
ZOA’s Klein JPost Op-Ed: There is Nothing Extreme About Israel’s New Government
Uncategorized April 23, 2018
FLASH: ISRAEL-JORDAN PEACE TREATY (1994) GUARANTEES JEWS ACCESS TO THE TEMPLE MOUNT – LET MY PEOPLE PRAY
Uncategorized April 23, 2018
ZOA Analysis: Most American Rabbis Who Are Boycotting Some Israeli Ministers Are From Extremist Left Wing Groups (J Street; T’ruah; JVP)
Center for Law & Justice
We work to educate the American public and Congress about legal issues in order to advance the interests of Israel and the Jewish people.
We assist American victims of terrorism in vindicating their rights under the law, and seek to hold terrorists and sponsors of terrorism accountable for their actions.
We fight anti-Semitism and anti-Israel bias in the media and on college campuses.
We strive to enforce existing law and also to create new law in order to safeguard the rights of the Jewish people in the United States and Israel.
Our Mission
ZOA STATEMENT
The ZOA speaks out for Israel – in reports, newsletters, and other publications. In speeches in synagogues, churches, and community events, in high schools and colleges from coast to coast. In e-mail action alerts. In op-eds and letters to the editor. In radio and television appearances by ZOA leaders. Always on the front lines of pro-Israel activism, ZOA has made its mark.
Related Articles
OP-ED BY: ZOA ZOA Condemns Physicist Stephen Hawking Boycott of Israel