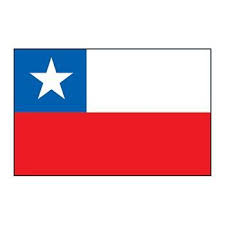 The Zionist Organization of America (ZOA) has deplored recent developments in Chile, in which the Chilean Jewish community finds itself under attack for supporting Israel. Chile, a country with large number of groups from other countries, has a Jewish population of about 20,000. It also has a Palestinian Arab community of about 400,000, which is established, wealthy and well-connected to government and media. In Chile, the Boycott, Divestment, and Sanctions movement (BDS), an initiative that seeks to eliminate Israel as a Jewish state, is stronger than in any other Latin American country.

As an indication of the deterioration in relations and hostility to Jews, during a recent amateur soccer match between Estadio Israelita Maccabi and Club Palestino at the latter’s home stadium, the referee, Norman Vega, had to suspend the game due to the uncontrolled violence that ensued when hundreds of Palestinian fans invaded the field, throwing bottles and screaming racist insults.

Also recently, the General Union of Palestinian Students (UGEP) launched a campaign to boycott the candidacy of Jorge Testa, a Jewish candidate for the University of Chile’s student council, saying his Jewishness and support for Israel rendered his candidacy unacceptable. Never before has a Chilean Jew been openly opposed for a position because of his or her support for Israel. Also, disturbingly, a huge poster set up on of Santiago’s main boulevards drew a comparison between the Holocaust and Gaza.

Dina Siegel Vann, director of the AJC’s Arthur and Rochelle Belfer Institute for Latino and Latin American Affairs, says that “By importing this conflict and by putting it in the terms that the Palestinians are doing it, they are endangering democracy in Chile, inclusiveness in Chile. That is the message that we’re trying to convey, because we’re friends of Chile. We’re admirers in many respects of Chile’s record. But here we think that they have a problem” (Benjamin Kerstein, ‘Major Jewish Group Petitions Chilean Government to Act Against Rising Antisemitism,’ May 24, 2018).

ZOA National President Morton A. Klein said, “It is a terrible development when the Chilean Jewish community, long established, respected and secure in Chile, has to now contend with rising anti-Semitism spurred, and often disguised as, anti-Zionist activism. Relations between communities is now deteriorating as a result of the anti-Jewish acts that have occurred, and the increasing acceptability of these in the country.

“Successive Chilean governments have been careful and scrupulous to respect and support all Chilean communities. It is, however, now necessary that it take a public stand against anti-Semitism in Chile and not be deterred from doing so by the fact that the large Palestinian Arab community has been increasingly involved in anti-Zionist activities like BDS.

“This is not a situation that will remain static for long. History shows the anti-Semitism that becomes tolerated grows and metastasizes.

“We call upon the Chilean government to publicly condemn the increasing anti-Semitic attacks and acts in Chile and to condemn the BDS movement and its open activism on behalf of destroying Israel.”

We would love to hear from you! Please fill out this form and we will get in touch with you shortly.
Trending Z
Uncategorized May 30, 2018
FLASH: ISRAEL-JORDAN PEACE TREATY (1994) GUARANTEES JEWS ACCESS TO THE TEMPLE MOUNT – LET MY PEOPLE PRAY
Uncategorized May 30, 2018
ZOA Analysis: Most American Rabbis Who Are Boycotting Some Israeli Ministers Are From Extremist Left Wing Groups (J Street; T’ruah; JVP)
Uncategorized May 30, 2018
Israel’s “Right of Return” Grandparent Clause is De-Judaizing the Jewish State – Eliminate It
Uncategorized May 30, 2018
Exclusive: ZOA Accuses Ilhan Omar of Hating the U.S. ‘as Much as Israel,’ Lauds Kevin McCarthy for ‘Throwing Her Off the HFAC’
Center for Law & Justice
We work to educate the American public and Congress about legal issues in order to advance the interests of Israel and the Jewish people.
We assist American victims of terrorism in vindicating their rights under the law, and seek to hold terrorists and sponsors of terrorism accountable for their actions.
We fight anti-Semitism and anti-Israel bias in the media and on college campuses.
We strive to enforce existing law and also to create new law in order to safeguard the rights of the Jewish people in the United States and Israel.
Our Mission
ZOA STATEMENT
The ZOA speaks out for Israel – in reports, newsletters, and other publications. In speeches in synagogues, churches, and community events, in high schools and colleges from coast to coast. In e-mail action alerts. In op-eds and letters to the editor. In radio and television appearances by ZOA leaders. Always on the front lines of pro-Israel activism, ZOA has made its mark.
Related Articles
OP-ED ZOA Mourns the Passing of Mayor Ed Koch