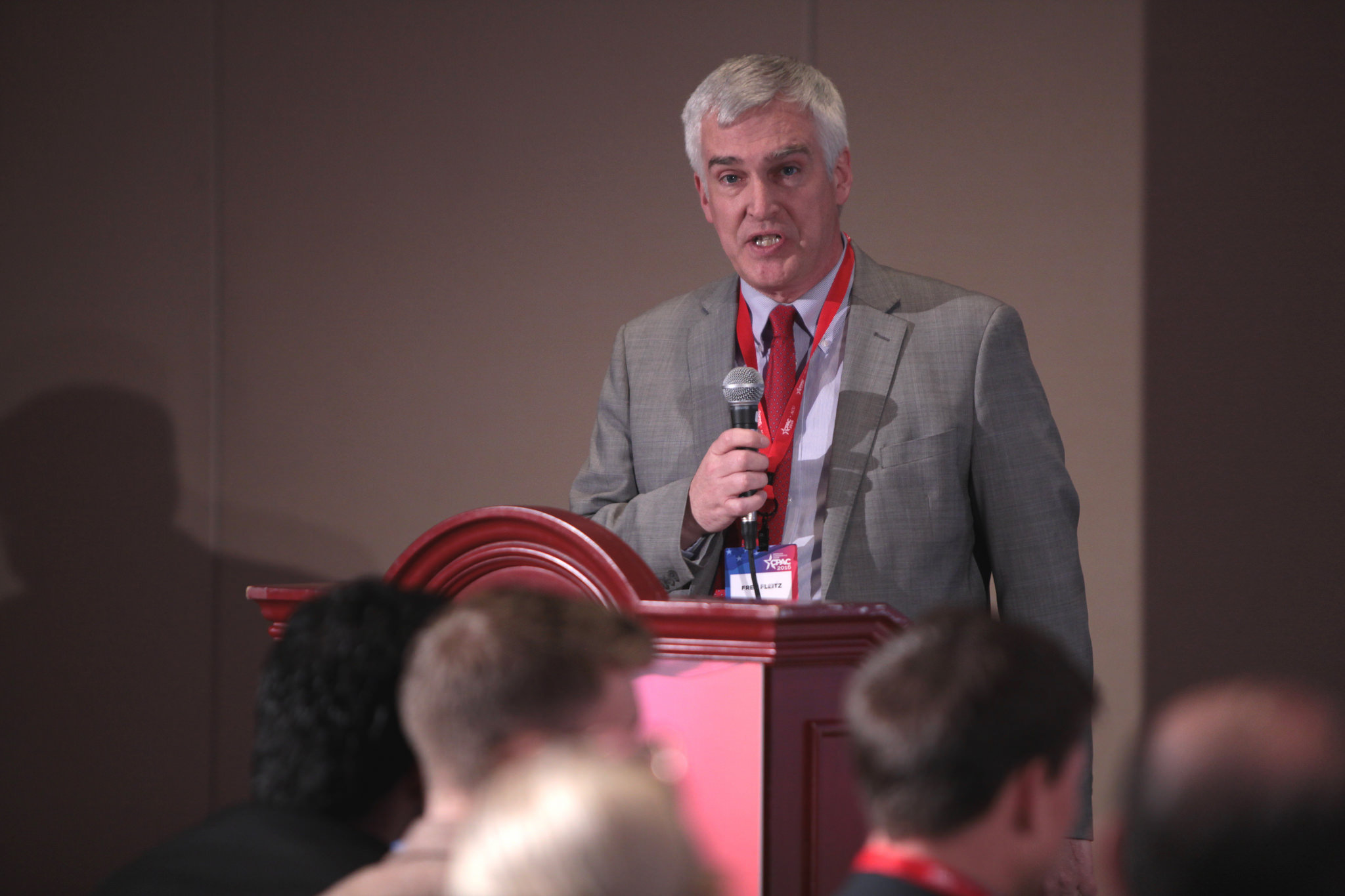 It is deeply troubling/mystifying that the left-wing Anti-Defamation League (“ADL”), ADL chief Jonathan Greenblatt and extremist anti-Israel George Soros-funded J Street issued statements yesterday condemning pro-Israel Fred Fleitz’s appointment as Chief of Staff of the National Security Council (“NSC”).  This position of ADL, Jonathan Greenblatt and extremist J Street is harmful to Israel and America. The Council on American Islamic Relations (CAIR), a radical Islamist anti-Israel group and an unindicted co-conspirator in the Holy Land Foundation trial for funneling money to Hamas, also strongly opposed the appointment of this strong supporter of Israel.

I (Mort Klein) know Fred Fleitz personally: Mr. Fleitz is a strong supporter of Israel, understands the reality and dangers of the Arab Islamic war against Israel, and is an expert on the Iranian (and North Korean) nuclear threats.  The former Chair of the House Intelligence Committee, Ambassador Peter Hoekstra stated that Fred Fleitz is a playing a key role in imposing maximum sanctions on Iran, and that “Fred has either worked for me [Hoekstra] or with me for the last 13 plus years.  His experience and in depth knowledge on a wide range of issues, including the threats from Iran and terrorism, will be a real asset to President Trump’s national security team.” (“Obama Allies Scheme to Kneecap Trump’s New National Security Team,” by Adam Kredo, The Washington Free Beacon, May 31, 2018.)

Mr. Fleitz is a strong supporter of Israel, understands the reality and dangers of the Arab Islamic war against Israel, and is an expert on the Iranian (and North Korean) nuclear threats… It is disturbing that ADL is taking the same wrong, harmful tack as Israel bashers J Street and CAIR.

“@JGreenblattADL: Fred Fleitz is a Senior VP at the Center for Security Policy, an Islamophobic, conspiracy-promoting org that says America is under threat from “implementation of Islamic law.” It’s disturbing he’s been named chief of staff of the National Security Council.”  (@JGreenblattADL, 10:32 AM – 30 May 2018)

“Do you folks @ADL_National now simply get your press releases written for you by @CAIRnational or other MB legacy groups? Or are they on staff? Can u identify single quotation from @FredFleitz to justify this nonsense? Not to mention his decades of government service. Shameful.”

At ZOA, we find it disturbing and revealing that when responding to a strong supporter of Israel and the Jewish people whom ADL claims is critical of radical Muslims, ADL has chosen to take a position sympathetic and beneficial to radical Muslims, rather than sympathetic and beneficial to Jews and the Jewish State. This occurred recently when ADL wrongly criticized pro-Israel pro-American-security Secretary of State Mike Pompeo’s confirmation, pro-Israel Frank Gaffney, and pro-Israel Brigitte Gabriel and her organization Act for America.  And now, even though Fred Fleitz is extraordinarily strong on Israel, and on exposing and opposing Iran’s genocidal nuclear ambitions, ADL sides with CAIR and radical Muslims and Soros funded J St – and not with ZOA and pro-Israel, pro-American interests.

The ZOA proudly congratulates Fred Fleitz on his appointment as NSC Chief of Staff (COS), and thanks top NSC Adviser Ambassador John Bolton and President Donald Trump for making this outstanding appointment.  COS Fleitz is eminently qualified for this post.  He is a former CIA analyst, Undersecretary of State, Senior Vice President at Center for Security Policy, and expert on the Islamic Republic of Iran’s and North Korea’s nuclear threats to the United States and our allies.

We would love to hear from you! Please fill out this form and we will get in touch with you shortly.
Trending Z
News May 31, 2018
ZOA Deplores that Pres. Trump Dined with Jew-Haters Kanye West & Nick Fuentes, and Demands he Condemn Them
Uncategorized May 31, 2018
ZOA Honors Trump With Rarely Given Herzl Award for His Great Pro-Israel Work – Joins Ranks of Balfour, Truman, Begin, Meir, Ben-Gurion
News May 31, 2018
ZOA Responds to Questions About Pres. Trump, Kanye West, Fuentes, etc. Issue
Uncategorized May 31, 2018
Zionist Organization of America Honors Donald Trump for Support for Israel, Jewish Community
Center for Law & Justice
We work to educate the American public and Congress about legal issues in order to advance the interests of Israel and the Jewish people.
We assist American victims of terrorism in vindicating their rights under the law, and seek to hold terrorists and sponsors of terrorism accountable for their actions.
We fight anti-Semitism and anti-Israel bias in the media and on college campuses.
We strive to enforce existing law and also to create new law in order to safeguard the rights of the Jewish people in the United States and Israel.
Our Mission
ZOA STATEMENT
The ZOA speaks out for Israel – in reports, newsletters, and other publications. In speeches in synagogues, churches, and community events, in high schools and colleges from coast to coast. In e-mail action alerts. In op-eds and letters to the editor. In radio and television appearances by ZOA leaders. Always on the front lines of pro-Israel activism, ZOA has made its mark.
Related Articles
OP-ED ZOA Mourns the Passing of Mayor Ed Koch