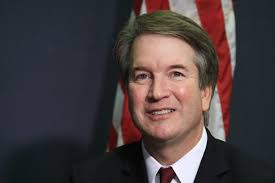 The Zionist Organization of America wishes to extend our congratulations to Judge Brett Kavanaugh on his nomination to serve as an Associate Justice on the U.S. Supreme Court.

ZOA does not endorse judicial nominations.  Thus this should not be considered to be an endorsement.  However, we thought that it was important to do some “due diligence” on this nomination, and to report the results:

ZOA questioned friends and members who practice law in the District of Columbia Circuit.  They spoke very highly of Judge Kavanaugh’s independence, fairness, intellect, excellence as a jurist, and sterling qualifications (clerk for U.S. Supreme Court Justice Anthony Kennedy, teaching at Harvard Law School, and twelve years’ service as a judge on the D.C. Circuit Court of Appeals).

ZOA has also reviewed Judge Kavanaugh’s written decisions.  ZOA found the following language, at the outset of a concurring opinion written by Judge Kavanaugh, which displays a keen understanding of the unending radical Islamist terror war against the U.S., Israel, moderate Arab nations, and other countries:

“The United States is at war against al Qaeda and other radical Islamic terrorist organizations. . . . The terrorists’ stated goals are, among other things, to destroy the State of Israel, to drive the United States from its posts in the Middle East, to replace more moderate Islamic leadership in nations such as Saudi Arabia, and to usher in radical Islamic control throughout the Greater Middle East. In pursuing their objectives, the terrorists have repeatedly attacked U.S. persons and property, both in foreign countries and in the U.S homeland.  The war continues. No end is in sight. . . .”   (Meshal v. Higgenbotham, 804 F.3d 417 (D.C. Cir. 2015) (Kavanaugh, concurring).)

ZOA found nothing in Judge Kavanaugh’s record that would be harmful to the pro-Israel and Jewish community.

ZOA is thus deeply disappointed that the Anti-Defamation League (ADL) and the ADL’s CEO Jonathan Greenblatt attacked Judge Kavanaugh’s nomination and ability to serve on the Supreme Court.

Distinguished commentators recently wrote that ADL’s and Jonathan Greenblatt’s attack on Judge Kavanaugh was completely unrelated to combatting antisemitism, and instead was inappropriate “partisan warfare.”  See “Whatever Happened to the ADL?: The attack on Kavanaugh’s nomination to the Supreme Court is the latest instance of how Jonathan Greenblatt has turned the venerable anti-Semitism watchdog into a partisan outfit,” by Jonathan S. Tobin, JNS, July 13, 2018; and “Is Brett Kavanaugh Bad for the Jews?: The Anti-Defamation League loses sight of its mission and turns toward Democratic partisanship,” by Liel Leibovitz, The Wall Street Journal, July 23, 2018.

We would love to hear from you! Please fill out this form and we will get in touch with you shortly.
Trending Z
News July 24, 2018
At ZOA Gala Secy Pompeo Gave the Greatest, Most Pro-Israel Speech Ever Delivered by a Public Official
News July 24, 2018
Dershowitz in Arutz 7: NYC’s Temple Emanu-El Silences a Pro-Israel Voice & Promotes an Anti-Israel Voice
Uncategorized July 24, 2018
Jewish Press: Has Deborah Lipstadt Undercut Both Herself and Future Antisemitism Envoys?
News July 24, 2018
NEW YORK POST: Democratic Leaders’ Shocking Silence Over Attacks on Israel by Fellow Dems
Our Mission
ZOA STATEMENT
The ZOA speaks out for Israel – in reports, newsletters, and other publications. In speeches in synagogues, churches, and community events, in high schools and colleges from coast to coast. In e-mail action alerts. In op-eds and letters to the editor. In radio and television appearances by ZOA leaders. Always on the front lines of pro-Israel activism, ZOA has made its mark.
Center for Law & Justice
We work to educate the American public and Congress about legal issues in order to advance the interests of Israel and the Jewish people.
We assist American victims of terrorism in vindicating their rights under the law, and seek to hold terrorists and sponsors of terrorism accountable for their actions.
We fight anti-Semitism and anti-Israel bias in the media and on college campuses.
We strive to enforce existing law and also to create new law in order to safeguard the rights of the Jewish people in the United States and Israel.
Related Articles
OP-ED P.A.’s Abbas Reiterates His Long-Standing Holocaust Denial