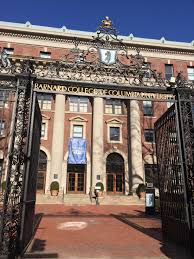 Addameer is reportedly really a front group for terrorist organization the Popular Front for the Liberation of Palestine (PFLP).   See Dan Diker report.  NGO Monitor has documented that numerous Addameer leaders, including its chair and other officials, double as PFLP officials, are linked to the PFLP, and have been arrested and incarcerated for PFLP terrorism-related activities.  Addameer board member Yousef Habash is apparently the nephew of PFLP founder George Habbash. The U.S. State Department has consistently designated the PFLP as a foreign terrorist organization since such designations commenced in 1997.  The PFLP is also designated as a terrorist organization in the EU, Canada, and Israel.

PFLP terrorists committed numerous infamous bloody attacks, including: PFLP-member Rasmea Odeh’s bombing that killed two Hebrew University students in 1969; multiple airplane hijackings in the 1970s including the hijacking of the Air France plane to Entebbe, Uganda in 1976; invading and taking babies and toddlers hostage at Kibbutz Misgav Am in northern Israel in 1980, during which the terrorists murdered a 2-year-old toddler and injured 4 other children; deadly suicide bombings during the Second Intifada (2000-2005); assassinating Israeli Tourism Minister Rahavam Zeevi in 2001; brutally stabbing to death 5 members of the Fogel family (Rabbi Ehud (Udi) Fogel, his wife Ruth, 11-year-old Yoav, four-year-old Elad and three-month-old Hadas) in the Fogel’s home in 2011; massacring with meat cleavers four Jews praying in a Jerusalem synagogue in 2014; and plotting to assassinate Israeli PM Netanyahu and Jerusalem Mayor Nir Barkat in June 2018.

A ZOA representative previously observed an Addameer event at the United Nations.  We thought we had seen everything already – but ZOA’s representative was absolutely appalled at the Jew-hatred, anti-Israel lies, and purported justifications of terror attacks on innocent Jews, spewed by Addameer’s representatives.

Addameer’s defamatory events – which are a threat to the well-being and safety of Jewish and pro-Israel students – should surely not take place on U.S. college campuses.

ZOA’s Center for Law and Justice, headed by Susan Tuchman, does tremendous work dealing with university officials and filing civil rights claims on behalf of Jewish students, on campuses throughout the country, where the pro-Israel community is attacked, endangered, or subjected to a hostile environment.

Unfortunately, in this instance, ZOA learned of this event too late to take appropriate preemptive action.

ZOA thus wishes to remind all our friends and members “if you see something, say something.”  Please let us know immediately if similar hate-fests will be occurring on your campus or elsewhere.

We would love to hear from you! Please fill out this form and we will get in touch with you shortly.
Trending Z
News August 2, 2018
New Biden Nominees Opposed Abraham Accords & Involved in Israeli Election Interference
Uncategorized August 2, 2018
ZOA Letter to DOJ & FBI on New “Mapping Project” Antisemitic Threat by ZOA Pres. Morton Klein, Dir. of Research/Special Projects Liz Berney, Esq., Dir. Center for Law & Justice Susan Tuchman, Esq.
News August 2, 2018
ZOA’s Condemnation of Black Lives Matter Defended by JNS’ Tobin: Jews Supporting BLM Empowered Antisemitism
Op-Ed August 2, 2018
ZOA’s Mort Klein JPost Op-Ed: BDS Mapping Project Targets Every Jew, Including Left Wing, Israelophobic Jews
Center for Law & Justice
We work to educate the American public and Congress about legal issues in order to advance the interests of Israel and the Jewish people.
We assist American victims of terrorism in vindicating their rights under the law, and seek to hold terrorists and sponsors of terrorism accountable for their actions.
We fight anti-Semitism and anti-Israel bias in the media and on college campuses.
We strive to enforce existing law and also to create new law in order to safeguard the rights of the Jewish people in the United States and Israel.
Our Mission
ZOA STATEMENT
The ZOA speaks out for Israel – in reports, newsletters, and other publications. In speeches in synagogues, churches, and community events, in high schools and colleges from coast to coast. In e-mail action alerts. In op-eds and letters to the editor. In radio and television appearances by ZOA leaders. Always on the front lines of pro-Israel activism, ZOA has made its mark.
Related Articles
OP-ED BY: ZOA Staff P.A.’s Abbas Confers Highest Award On Terrorist Leader Al-Wazir, Calling Him “Martyr,” “Model Of a True Fighter”