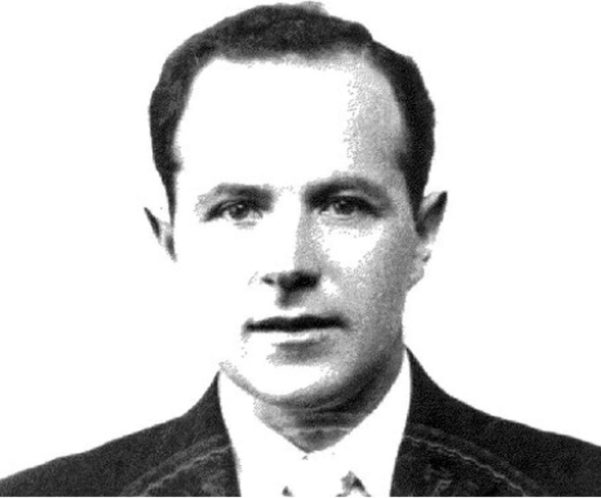 Zionist Organization of America (ZOA) President Morton A. Klein, especially as a child of holocaust survivors, released the following statement:

The ZOA strongly praises and thanks President Donald Trump and U.S. Ambassador to Germany Richard Grenell for ICE’s deportation of Nazi war criminal Jakiw Palij from Queens, NY to Germany this morning.  Palij was the last-known Nazi war criminal living in the United States.  Palij was born in an area of Poland now within Ukraine.  He was an armed guard at the Trawniki Labor Camp, which had an indispensable role in a massacre of approximately 6,000 Jews in 1943.  Palij then concealed and lied about his Nazi past in order to immigrate to the U.S. in 1949 and obtain U.S. citizenship in 1957.  In 2004, a U.S. court ordered Palij to be deported from the U.S., but the deportation order was not carried out until today, due to Germany’s (and Ukraine’s and Poland’s) prior refusal to accept Palij into their countries. Previous administrations were unsuccessful in persuading Germany, Ukraine or Poland to accept Palij.  It is impressive and gratifying that the Trump administration achieved what eluded prior administrations.  ABC News reported this morning that “According to a source familiar with the matter, Trump told U.S. Ambassador to Germany Richard Grenell to make Palij’s deportation his number one priority when he got to Berlin. In May, U.S. diplomats acknowledged Grenell’s efforts.”  (“Nazi Labor Camp Guard Arrested by ICE, Deported to Germany: Authorities,” by Tara Palmeri, ABC News, Aug 21, 2018.)

“…Palij’s removal sends a strong message:  The United States will not tolerate those who facilitated Nazi crimes and other human rights violations, and they will not find a safe haven on American soil.”

The White House statement this morning announcing ICE’s removal of Palij also noted the priority that President Trump gave to this matter, as well as the important message that Palij’s removal sends, explaining:

“To protect the promise of freedom for Holocaust survivors and their families, President Trump prioritized the removal of Palij. Through extensive negotiations, President Trump and his team secured Palij’s deportation to German and advanced the United States’ collaborative efforts with a key European ally.  Palij’s removal sends a strong message:  The United States will not tolerate those who facilitated Nazi crimes and other human rights violations, and they will not find a safe haven on American soil.” (“Nazi Labor Camp Guard Caught by ICE, Deported to Germany, White House Says,” by Benjamin Brown, Fox News, Aug. 21, 2018.)

The ZOA, as well as students from the Rambam Yeshiva who protested outside Palij’s house in Queens, the full bi-partisan New York Congressional delegation, and others, had all been urging Palij’s deportation.  (See, e.g., “ZOA: U.S. Must Insist Germany Admit and Prosecute Nazi War Criminal Jakiw Palij: U.S. Court Ordered Palij’s Deportation 14 Years Ago,” July 6, 2018.)

The Trump administration’s prioritization and efforts here also demonstrates the absurdity and disgrace of some individuals’ ridiculous defamatory statements attempting to smear President Trump as a Nazi or neo-Nazi or anti Semite.

We would love to hear from you! Please fill out this form and we will get in touch with you shortly.
Trending Stories
News August 21, 2018
Let Self-Haters Ben Cohen and Jerry Greenfield Choke on Their Woke – Israel National News
Action Alerts August 21, 2018
Zionist Organization of America (ZOA) Action Alert: Boycott Ben & Jerry’s Ice Cream & Products for Boycotting Israel
News August 21, 2018
ZOA Documents Years of Antisemitism at Fairfax, VA Public Schools – Demands Corrective Measures to Protect Jewish Students
Action Alerts August 21, 2018
ZOA ACTION ALERT: Israel In Danger: Zionist Organization of America Members and Others Please Take Action
Our Mission
ZOA STATEMENT
The ZOA speaks out for Israel – in reports, newsletters, and other publications. In speeches in synagogues, churches, and community events, in high schools and colleges from coast to coast. In e-mail action alerts. In op-eds and letters to the editor. In radio and television appearances by ZOA leaders. Always on the front lines of pro-Israel activism, ZOA has made its mark.
Center for Law & Justice
We work to educate the American public and Congress about legal issues in order to advance the interests of Israel and the Jewish people.
We assist American victims of terrorism in vindicating their rights under the law, and seek to hold terrorists and sponsors of terrorism accountable for their actions.
We fight anti-Semitism and anti-Israel bias in the media and on college campuses.
We strive to enforce existing law and also to create new law in order to safeguard the rights of the Jewish people in the United States and Israel.
Related Articles
OP-ED BY: ZOA Deeply Troubled That U.S. Senate Confirmed Iran/ Terror Group Apologist, Anti-Israel Hagel for Secy.