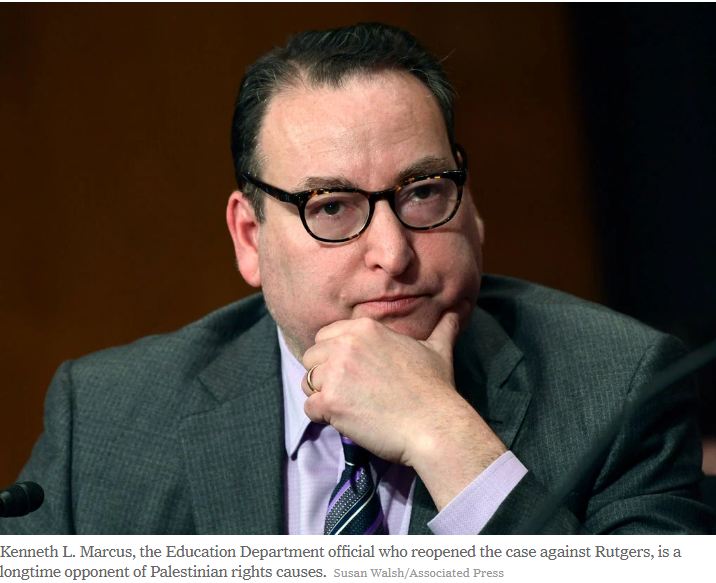 The Zionist Organization of America (ZOA) has for years been fighting anti-Semitism, standing up for Jewish students and against anti-Semites to make American campuses “safe spaces” for Jews. ZOA campus professionals work on over 100 campuses to help Jewish students and fight lies against the Jewish State. ZOA filed the first case of campus anti-Semitism that the U.S. Department of Education’s Office for Civil Rights (OCR) ever agreed to investigate under Title VI of the Civil Rights Act, ensuring that Jewish students would be protected from harassment and discrimination in the same way that other ethnic and racial groups have been protected since the law was enacted in 1964.

ZOA initiated, led and won the fight to include Jewish students under Title VI – protections from discrimination, harassment, anti-Semitism and anti-Zionism. This included organizing 40 members of Congress to write to the Secretary of Education to urging the inclusion of Jewish students as a group requiring protection.

In an August 27, 2018 letter to the ZOA, new OCR head Kenneth L. Marcus stated he is reopening the ZOA’s civil rights action against Rutgers University that the ZOA filed in 2011 and whose legal appeal has been ignored since 2014.

In an extraordinary groundbreaking decision, Mr. Marcus stated that OCR will now be using the working definition of anti-Semitism that the U.S. Department of State (and 31 countries) currently use. This definition accurately recognizes that anti-Israelism, extreme Israel bashing and anti-Zionism may well be a camouflage for anti-Semitism.

The Zionist Organization of America (ZOA) has for years been fighting anti-Semitism, standing up for Jewish students and against anti-Semites to make American campuses “safe spaces” for Jews.

Among other allegations, the complaint alleged that Jewish students were discriminated against at a Rutgers event sponsored by an anti-Israel group called Belief Awareness Knowledge Action (BAKA).  The event, titled “Never Again for Anyone,” horrifically, absurdly and anti-semitically equated the Nazis’ genocidal treatment of the Jews during the Holocaust to Israel’s treatment of the Palestinian Arabs.

The BAKA event was advertised as “free and open to the public.”  But when the event organizers saw how many “Zionists” (aka Jews) showed up at the event, they changed the policy and selectively enforced an admission fee against students who were, or were perceived to be, Jewish.  Jewish students reported this outrageous and painful and hurtful anti-Semitic discrimination to the University, which failed to address it.

The ZOA’s appeal languished at OCR for close to four years – a slap in the face to the students and others who had the courage to come forward and provide evidence of harassment and discrimination to OCR investigators.

Based on the evidence, OCR should find that Rutgers violated Title VI by failing to protect Jewish students from discrimination.

BAKA is no longer a student group at Rutgers. It has been replaced by an affiliated group, Students for Justice in Palestine (SJP).  Rutgers must make it clear to SJP and all student groups that anti-Semitic harassment, intimidation and discrimination will not be tolerated.

Three outside organizations helped organize the “Never Again for Anyone” event at Rutgers in 2011:  American Muslims for Palestine, the International Jewish Anti-Zionist Network, and the Middle East Children’s Alliance.  Based on their conduct, none of these groups should be afforded the privilege of organizing events at Rutgers in the future. Student leaders and their groups who organize such hateful events should be publicly condemned and severely disciplined.

All Rutgers personnel, faculty, administrators and staff must receive training in how to recognize and address anti-Semitic incidents, using the State Department’s definition.

Rutgers must educate students about the process for reporting anti-Semitic harassment and discrimination, and must ensure that the procedures are clear and readily available.

Rutgers should be required to sponsor community-wide programs on the issue of campus anti-Semitism.

The president of Rutgers should be required to meet with Jewish students and listen to their concerns.  He should learn firsthand what problems they are experiencing and how they believe the problems can best be addressed.

Israel-bashers, haters and anti-Semitic bullies have falsely and grotesquely portrayed Kenneth Marcus as anti-Palestinian Arab. There is nothing in Mr. Marcus’ exemplary record to support such a phony claim.

It was under Mr. Marcus’ leadership at OCR that not only Jewish students, but also Sikhs and Arab Muslims, were afforded the protections of Title VI.

In 2004, when Mr. Marcus was at the helm of OCR, he issued a policy making it clear that groups facing discrimination based on their actual or perceived shared ancestry or ethnic characteristics may not be denied protection under Title VI on the ground that they also share a common faith.

We would love to hear from you! Please fill out this form and we will get in touch with you shortly.
Trending Z
Uncategorized September 12, 2018
FLASH: ISRAEL-JORDAN PEACE TREATY (1994) GUARANTEES JEWS ACCESS TO THE TEMPLE MOUNT – LET MY PEOPLE PRAY
Uncategorized September 12, 2018
ZOA Analysis: Most American Rabbis Who Are Boycotting Some Israeli Ministers Are From Extremist Left Wing Groups (J Street; T’ruah; JVP)
Uncategorized September 12, 2018
Israel’s “Right of Return” Grandparent Clause is De-Judaizing the Jewish State – Eliminate It
Uncategorized September 12, 2018
Exclusive: ZOA Accuses Ilhan Omar of Hating the U.S. ‘as Much as Israel,’ Lauds Kevin McCarthy for ‘Throwing Her Off the HFAC’
Center for Law & Justice
We work to educate the American public and Congress about legal issues in order to advance the interests of Israel and the Jewish people.
We assist American victims of terrorism in vindicating their rights under the law, and seek to hold terrorists and sponsors of terrorism accountable for their actions.
We fight anti-Semitism and anti-Israel bias in the media and on college campuses.
We strive to enforce existing law and also to create new law in order to safeguard the rights of the Jewish people in the United States and Israel.
Our Mission
ZOA STATEMENT
The ZOA speaks out for Israel – in reports, newsletters, and other publications. In speeches in synagogues, churches, and community events, in high schools and colleges from coast to coast. In e-mail action alerts. In op-eds and letters to the editor. In radio and television appearances by ZOA leaders. Always on the front lines of pro-Israel activism, ZOA has made its mark.
Related Articles
OP-ED BY: Morton A. Klein ZOA: Iran Pres. Rouhani’s Boasting of Deceiving West on Iran’s Nuclear Weapons Program Underscores the Fraudulence of his Moderate Image