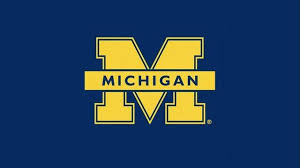 The Zionist Organization of America (ZOA) commended the University of Michigan (U-M) today for disciplining Professor John Cheney-Lippold for refusing to write a recommendation letter for a deserving student because she wanted to study in Israel.

The Detroit News reported last evening that it obtained a letter signed by Elizabeth Cole, the interim dean of U-M’s College of Literature, Science and the Arts, which states that Cheney-Lippold (1) will not get a merit raise; (2) cannot go on his upcoming sabbatical in January or on another sabbatical for two years; and (3) could face additional discipline, including dismissal, if a similar incident occurs.

In addition, U-M President Mark S. Schlissel and Provost and Executive Vice President for Academic Affairs Martin A. Philbert issued a letter to the campus community yesterday, which provides that withholding letters of recommendation based on personal views “will not be tolerated and will be addressed with serious consequences.  Such actions interfere with our students’ opportunities, violate their academic freedom and betray our university’s educational mission.

This was precisely the argument the ZOA made in a September 21 letter to President Schlissel and the Board of Regents, urging them to strongly sanction Cheney-Lippold for his wrongdoing in violation of U-M policies.

We are glad to see that the University has taken a strong stand against a professor who wrongly used his power and platform to impose his anti-Israel hostility on a student and impede her educational aspirations.

Morton A. Klein, the ZOA’s National President, and Susan B. Tuchman, Esq., the director of the ZOA’s Center for Law and Justice, praised U-M, stating:  “We are glad to see that the University has taken a strong stand against a professor who wrongly used his power and platform to impose his anti-Israel hostility on a student and impede her educational aspirations.

“More needs to be done. A graduate student instructor at U-M also recently denied a letter of recommendation to a student because the student was seeking to study in Israel. This instructor must be harshly sanctioned as well.

“Also, yesterday’s statement to the campus community acknowledged the offensive image that was presented in a lecture delivered last week as part of the Stamps School of Art & Design’s speaker series.  The lecturer displayed an image comparing Benjamin Netanyahu to Adolf Hitler.  U-M’s President and Provost stated, ‘We understand how these images are offensive, particularly in this case to Jewish students.  We are sorry students were hurt by this experience.’  “As we expressed in an October 8 letter to the U-M leadership, they must issue a stronger response to comparisons of Israelis to Nazis.  They should label those comparisons as anti-Semitic, as the U.S. government does in its working definition of anti-Semitism, and publicly condemn them.  In addition, U-M leaders should make it clear that such comparisons are not just offensive and hurtful to Jewish students.  Comparing any Israeli leader to Hitler is a deliberately grotesque distortion of history that offends us all and damages the university’s commitment to the truth.”

We would love to hear from you! Please fill out this form and we will get in touch with you shortly.
Trending Z
News October 10, 2018
ZOA Condemns U.S. State Dept. & U.S. Amb. Nides For Siding with Antisemitic, Discriminatory Palestinian & Hamas Terrorists re: the Temple Mount, Violating Jews’ Religious Freedom
News October 10, 2018
ZOA’s Klein JPost Op-Ed: There is Nothing Extreme About Israel’s New Government
Uncategorized October 10, 2018
FLASH: ISRAEL-JORDAN PEACE TREATY (1994) GUARANTEES JEWS ACCESS TO THE TEMPLE MOUNT – LET MY PEOPLE PRAY
Uncategorized October 10, 2018
ZOA Analysis: Most American Rabbis Who Are Boycotting Some Israeli Ministers Are From Extremist Left Wing Groups (J Street; T’ruah; JVP)
Center for Law & Justice
We work to educate the American public and Congress about legal issues in order to advance the interests of Israel and the Jewish people.
We assist American victims of terrorism in vindicating their rights under the law, and seek to hold terrorists and sponsors of terrorism accountable for their actions.
We fight anti-Semitism and anti-Israel bias in the media and on college campuses.
We strive to enforce existing law and also to create new law in order to safeguard the rights of the Jewish people in the United States and Israel.
Our Mission
ZOA STATEMENT
The ZOA speaks out for Israel – in reports, newsletters, and other publications. In speeches in synagogues, churches, and community events, in high schools and colleges from coast to coast. In e-mail action alerts. In op-eds and letters to the editor. In radio and television appearances by ZOA leaders. Always on the front lines of pro-Israel activism, ZOA has made its mark.
Related Articles
OP-ED ZOA Mourns the Passing of Mayor Ed Koch

Zionist Organization of America (ZOA) President Morton A. Klein and Liz Berney, esq. ZOA director of special projects released the following statement: A briefing on April 27, 2016, sponsored by the anti-Israel 26-member UN “Committee on the Exercise of the Inalienable Rights of Palestinian People,” was full of anti-Israel falsehoods, and demonstrated why the U.S. […]