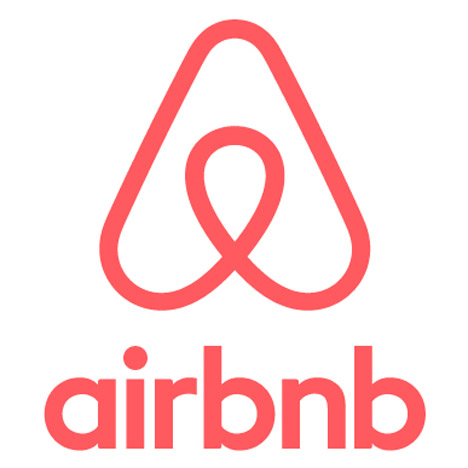 The Zionist Organization of America (ZOA) urges all decent people to stop using Airbnb’s services until Airbnb ends this Jew-hating, antisemitic policy.  Let’s stand up for our brothers and sisters in the Jewish homeland as long as Airbnb continues to hold up a virtual “no Jews allowed” sign!

Airbnb’s website claims “Discrimination has no place on our platform.”  Apparently, discrimination does now have a place on Airbnb’s platform – if you are Jewish and live in a Jewish community in the Jewish homeland.

The prominent former Ambassador to the United States, and current Israeli Deputy Minister Dr. Michael Oren tweeted:  “Airbnb blacklists Jewish apartments in Judea and Samaria— not Palestinian apartments, not apartments in Turkish occupied Cyprus, in Moroccan occupied Sahara, not in Tibet or the Crimea.  Airbnb’s policy is the very definition of anti-Semitism.  No one should use its services.”

Airbnb hypocritically claims that it is delisting the Israeli homes because Airbnb has adopted a new “Disputed Regions” policy.  However, none of the numerous “disputed regions” in the world (Cyprus, Tibet, Taiwan, Crimea, Western Sahara and dozens more) are affected by Airbnb’s policy.  (See Wikipedia’s long list of disputed territories.)  Airbnb is solely singling out the Jewish communities, homes and people in Judea/Samaria for this discriminatory, antisemitic treatment.

ZOA contacted Airbnb and is contacting legislators and other government officials to take action regarding Airbnb’s blatant anti-Semitic discriminatory boycott of Jewish homes.

Prominent International law expert Professor Eugene Kontorovich explained that Airbnb is engaging in antisemitism, singling out Israel while allowing properties to be listed in disputed areas of the world, such as northern Cyprus, Nagorno-Karabakh and the western Sahara, and stated: “Airbnb’s approach of singling out Jews from all the disputes in the world will put it at odds with U.S. state BDS laws and principles of discrimination.”  (NBC News report.)

Further, Airbnb ignores that Israel has the historical, religious, political and international legal right to Judea/Samaria.

Airbnb also claims that it “consult[ed] with a range of experts and our community of stakeholders” prior to taking this Jew-hating discriminatory action.  However, Airbnb never consulted with ZOA or Professor Kontorovich or with any other legitimate pro-Israel organization or expert whom we are aware of.

Instead, Airbnb appears to have simply consulted with some of the worst anti-Israel falsehood-purveying organizations.  For instance, the anti-Zionist Soros-funded, anti-Israel misleadingly-named “Human Rights Watch” (“HRW” – which repeatedly defames Israel instead of appropriately dealing with real human rights violators) revealed in a tweet yesterday that HRW has spent the past two years bamboozling Airbnb into taking this discriminatory action against hundreds of Jewish people.

Airbnb needs to hear from all of us now!

ZOA contacted Airbnb and is contacting legislators and other government officials to take action regarding Airbnb’s blatant antisemitic discriminatory boycott of Jewish homes.  We will update you on progress of these efforts.

We also urge all our friends to boycott Airbnb’s services and to call, tweet and write to Airbnb to demand that Airbnb rescind its antisemitic discriminatory new policy.  Please spread the word, and let us know Airbnb’s response by emailing Liz@zoa.org.  Here is Airbnb contact information:

Or to the Airbnb CEO: brian.chesky@airbnb.com

Suggested text for calls or messages (or use your own words):

“Airbnb’s announcement that it will be delisting Jewish homes in Judea/Samaria Israel is outrageous, unlawful discrimination and antisemitism.  I urge you to immediately rescind this hateful Jew-hating policy.  I and my friends and family will no longer use your services until this Jew-hatred ends and a strong apology is made publicly.”

We would love to hear from you! Please fill out this form and we will get in touch with you shortly.
Trending Z
Uncategorized November 20, 2018
FLASH: ISRAEL-JORDAN PEACE TREATY (1994) GUARANTEES JEWS ACCESS TO THE TEMPLE MOUNT – LET MY PEOPLE PRAY
Uncategorized November 20, 2018
ZOA Analysis: Most American Rabbis Who Are Boycotting Some Israeli Ministers Are From Extremist Left Wing Groups (J Street; T’ruah; JVP)
Uncategorized November 20, 2018
Israel’s “Right of Return” Grandparent Clause is De-Judaizing the Jewish State – Eliminate It
Uncategorized November 20, 2018
Exclusive: ZOA Accuses Ilhan Omar of Hating the U.S. ‘as Much as Israel,’ Lauds Kevin McCarthy for ‘Throwing Her Off the HFAC’
Center for Law & Justice
We work to educate the American public and Congress about legal issues in order to advance the interests of Israel and the Jewish people.
We assist American victims of terrorism in vindicating their rights under the law, and seek to hold terrorists and sponsors of terrorism accountable for their actions.
We fight anti-Semitism and anti-Israel bias in the media and on college campuses.
We strive to enforce existing law and also to create new law in order to safeguard the rights of the Jewish people in the United States and Israel.
Our Mission
ZOA STATEMENT
The ZOA speaks out for Israel – in reports, newsletters, and other publications. In speeches in synagogues, churches, and community events, in high schools and colleges from coast to coast. In e-mail action alerts. In op-eds and letters to the editor. In radio and television appearances by ZOA leaders. Always on the front lines of pro-Israel activism, ZOA has made its mark.
Related Articles
OP-ED Protest Opening Night of Met’s Anti-Semitic Opera Monday, 6PM, Oct. 20

The Zionist Organization of America (ZOA) urges everyone to attend an important press conference and KEEP IRAN NUKE-FREE Rally this Friday, March 27, at 12:00 noon, at 780 Third Avenue (between 48th & 49th Streets) in Manhattan. This is a critical time to make our voices heard.  There are two important pending Senate bills now, […]