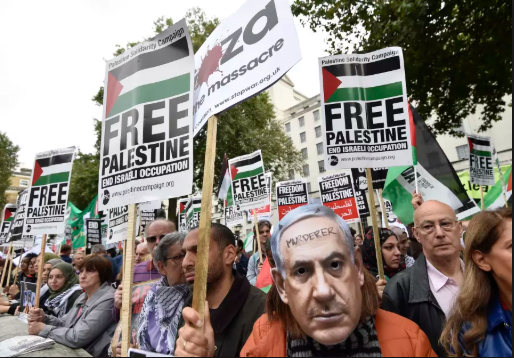 The PFLP has a long record of terrorism dating back to the 1960s, including hijackings, bombings, shootings and other acts of terrorism directed against Israel civilians. It is the second largest of the PLO terrorist factions, second in size only to Abbas’ Fatah. Since 2000, the PFLP has carried out at least 13 suicide bombings, stabbings, shootings and ax attacks, including the murder in 2001 of the Israeli Minister for Tourism, Rehavam Ze’evi, making it responsible for the murder of at least 90 Israeli civilians and the wounding and maiming of hundreds more.

It is clearly high time for the U.S. government to exercise better oversight over the activities of American NGOs that operate in the field of international conflict zones.

ZOA National President Morton A. Klein said, “It is simply scandalous that American NGOs have anything at all to do with a U.S.-designated terrorist organization. Where is the responsibility and accountability of such NGOs and their leaders? How is it possible that they have backed a blood-soaked terrorist group seeking the destruction of the Jewish state of Israel without being called to account all these years?

“It is clearly high time for the U.S. government to exercise better oversight over the activities of American NGOs that operate in the field of international conflict zones.

“The U.S. government must ensure that American NGOs are not supporting outlawed terrorist groups, working to undermine U.S. allies and subverting American foreign policy and U.S. interests. The activities of Interfaith Peace-Builders and Dream Defenders would be a good place to start.”

We would love to hear from you! Please fill out this form and we will get in touch with you shortly.
Trending Z
News December 13, 2018
ZOA Condemns U.S. State Dept. & U.S. Amb. Nides For Siding with Antisemitic, Discriminatory Palestinian & Hamas Terrorists re: the Temple Mount, Violating Jews’ Religious Freedom
News December 13, 2018
ZOA’s Klein JPost Op-Ed: There is Nothing Extreme About Israel’s New Government
Uncategorized December 13, 2018
FLASH: ISRAEL-JORDAN PEACE TREATY (1994) GUARANTEES JEWS ACCESS TO THE TEMPLE MOUNT – LET MY PEOPLE PRAY
Uncategorized December 13, 2018
ZOA Analysis: Most American Rabbis Who Are Boycotting Some Israeli Ministers Are From Extremist Left Wing Groups (J Street; T’ruah; JVP)
Center for Law & Justice
We work to educate the American public and Congress about legal issues in order to advance the interests of Israel and the Jewish people.
We assist American victims of terrorism in vindicating their rights under the law, and seek to hold terrorists and sponsors of terrorism accountable for their actions.
We fight anti-Semitism and anti-Israel bias in the media and on college campuses.
We strive to enforce existing law and also to create new law in order to safeguard the rights of the Jewish people in the United States and Israel.
Our Mission
ZOA STATEMENT
The ZOA speaks out for Israel – in reports, newsletters, and other publications. In speeches in synagogues, churches, and community events, in high schools and colleges from coast to coast. In e-mail action alerts. In op-eds and letters to the editor. In radio and television appearances by ZOA leaders. Always on the front lines of pro-Israel activism, ZOA has made its mark.
Related Articles
OP-ED ZOA: Why Are We Funding a PA Terror Regime Which Is Also A Police State?