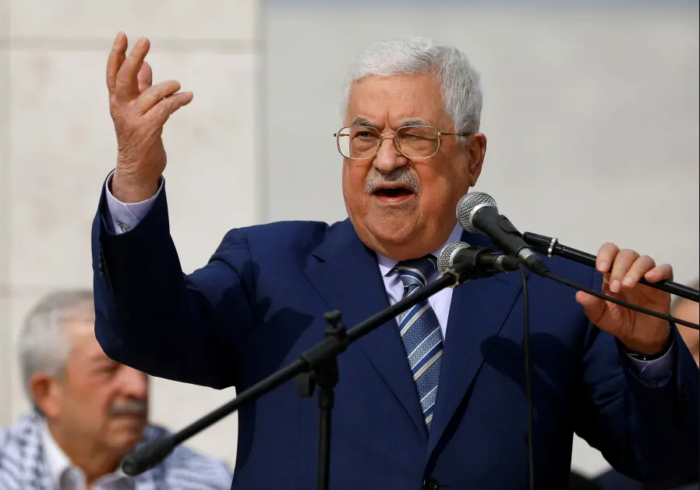 The Zionist Organization of America (ZOA) has noted reports that dictator Mahmoud Abbas’ Palestinian Authority (PA) is boasting of its success in his antisemitic thwarting of numerous sales of land to Jews. The PA’s security forces announced earlier this week that it had “foiled” the sale to Jews of roughly 3,000 dunams (741 acres) in Judea/Samaria and the eastern part of Jerusalem. According to the PA, it has arrested 44 Palestinian Arabs who had been attempting to sell property near Jerusalem, Ramallah, Nablus, Hebron, Qalqiliya, and Salfit.

According to the PA, it has arrested 44 Palestinian Arabs who had been attempting to sell property [to Jews] …. Three of the 44 arrested have already been sentenced to 15 years’ hard labor.

One of those arrested is Issam Akel, a Jerusalem resident, who had been attempting to sell property in the Muslim Quarter of Jerusalem’s Old City to Jews. Last month, Israel twice detained Adnan Ghaith, the PA “governor” of Jerusalem, for his reported connection to Akel’s arrest by the PA.

Three of the 44 arrested have already been sentenced to 15 years’ hard labor. Last month, the PA High Judicial Council’s website announced the sentencing of “F.A.E. and A. Kh. M. from Kafr Thulth in the Qalqilya Governorate for the crime of leaking land to the enemy.” In a separate incident, in early November, the body of Ala’a Qirsh, one of six Palestinians who died in a major road accident in the Jordan Valley, was barred from being buried in a Muslim cemetery in Jerusalem over allegations that he had sold property to Israeli Jews.

In the PA, it is a crime to sell any property to Jews, and those convicted of doing so have been sentenced to hard labor or judicially murdered, though no executions, which must be approved by Abbas, have been signed by him since 2006 (Jacob Magid, ‘Palestinian Authority boasts it “thwarted” major land sales to Jews in Jerusalem,’ Times of Israel, December 23, 2018).

ZOA National President Morton A. Klein said, “This is a telling example of the Abbas regime’s anti-peace, antisemitic behavior –– hard labor or execution of those who stand in its way; in this case, its policy of creating a judenrein Palestinian state.

“Abbas’ PA takes an issue which is a crime in any normal, democratic polity, like the sale of land, and outlaws it in respect of sales to Jews, and only Jews, because they are Jews.

“This PA policy is an adjunct to its larger, oft-declared policy of establishing a Jew-free Palestinian state and it is enforced by harsh sentences up to and including death.

“The PA continues to starkly demonstrate that it will not respond positively to the Trump Administration’s call to cease pro-terror, anti-peace actions like paying salaries to terrorists and stipends to their families and indulging in vicious hate propaganda in PA media, mosques, schools and youth camps promoting violence and murder as a national and religious duty. It is now demonstrating that to these pro-terror and anti-peace actions, it is continuing the foul practice of harsh sentences for any Palestinian Arab who sells, or even attempts to sell, property to Jews.

“This is a clear indicator that Mahmoud Abbas’ pro-terror, anti-peace PA has not changed its spots and remains the obstacle to any possibility of a genuine peace.”

We would love to hear from you! Please fill out this form and we will get in touch with you shortly.
Trending Z
Uncategorized December 27, 2018
ZOA Analysis: Most American Rabbis Who Are Boycotting Some Israeli Ministers Are From Extremist Left Wing Groups (J Street; T’ruah; JVP)
Uncategorized December 27, 2018
ZOA: Israel’s Reasonable Judicial Reform Proposals Are Good for Democracy, the Rule of Law and the Economy
News December 27, 2018
ZOA is Disappointed, Offended and Frightened by 211 U.S. House Votes Supporting Jew-Hating, Israel-Hating Rep. Ilhan Omar
Uncategorized December 27, 2018
Israel’s “Right of Return” Grandparent Clause is De-Judaizing the Jewish State – Eliminate It
Center for Law & Justice
We work to educate the American public and Congress about legal issues in order to advance the interests of Israel and the Jewish people.
We assist American victims of terrorism in vindicating their rights under the law, and seek to hold terrorists and sponsors of terrorism accountable for their actions.
We fight anti-Semitism and anti-Israel bias in the media and on college campuses.
We strive to enforce existing law and also to create new law in order to safeguard the rights of the Jewish people in the United States and Israel.
Our Mission
ZOA STATEMENT
The ZOA speaks out for Israel – in reports, newsletters, and other publications. In speeches in synagogues, churches, and community events, in high schools and colleges from coast to coast. In e-mail action alerts. In op-eds and letters to the editor. In radio and television appearances by ZOA leaders. Always on the front lines of pro-Israel activism, ZOA has made its mark.
Related Articles
OP-ED BY: ZOA Staff J Street Poll Shows 72% of American Jews Support Building in Judea/Samaria