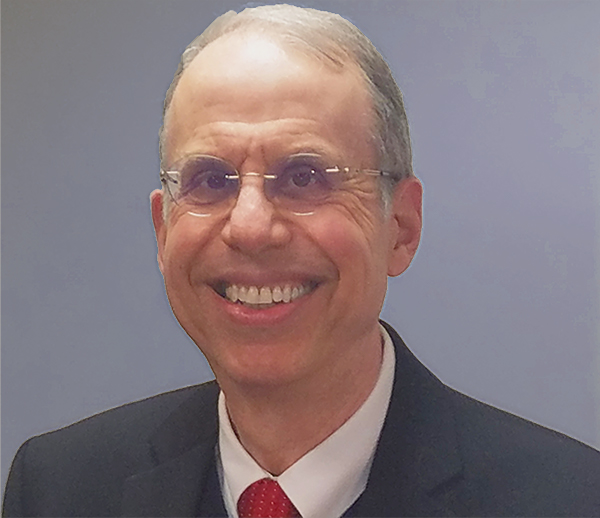 “We are delighted to have a committed Zionist with Joel’s vast public affairs expertise and wide depth of congressional staff experience join us,” said ZOA President Morton A. Kein. The oldest Zionist organization in the United States, ZOA educates Congress on issues related to the Middle East and American policy regarding Israel and the region.

For three decades, Kassiday was a top aide to four U.S. House members and two U.S. senators. Kassiday was chief of staff for former Representatives Elton Gallegy of California, Rick Lazio of New York and Hank Brown of Colorado. He also served as Brown’s administrative assistant in the U.S. Senate and as press secretary to former Senator Kay Bailey Hutchison of Texas and former Rep. James P. Johnson of Colorado, in addition to serving on the staffs of the House International Relations and House Budget Committees.

Additionally, Kassiday was a lobbyist for some of the largest firms in the world as legislative director at Liz Robbins Associates. He also worked as congressional affairs director at the Republican Jewish Coalition and as vice president of the Washington public affairs firm, HillStaffer, LLC. He started his career as an award-winning Colorado journalist after graduating with “high distinction” and as a Phi Beta Kappa member from Colorado State University.

We would love to hear from you! Please fill out this form and we will get in touch with you shortly.
Trending Z
News February 28, 2019
ZOA Condemns U.S. State Dept. & U.S. Amb. Nides For Siding with Antisemitic, Discriminatory Palestinian & Hamas Terrorists re: the Temple Mount, Violating Jews’ Religious Freedom
News February 28, 2019
ZOA’s Klein JPost Op-Ed: There is Nothing Extreme About Israel’s New Government
Uncategorized February 28, 2019
FLASH: ISRAEL-JORDAN PEACE TREATY (1994) GUARANTEES JEWS ACCESS TO THE TEMPLE MOUNT – LET MY PEOPLE PRAY
Uncategorized February 28, 2019
ZOA Analysis: Most American Rabbis Who Are Boycotting Some Israeli Ministers Are From Extremist Left Wing Groups (J Street; T’ruah; JVP)
Center for Law & Justice
We work to educate the American public and Congress about legal issues in order to advance the interests of Israel and the Jewish people.
We assist American victims of terrorism in vindicating their rights under the law, and seek to hold terrorists and sponsors of terrorism accountable for their actions.
We fight anti-Semitism and anti-Israel bias in the media and on college campuses.
We strive to enforce existing law and also to create new law in order to safeguard the rights of the Jewish people in the United States and Israel.
Our Mission
ZOA STATEMENT
The ZOA speaks out for Israel – in reports, newsletters, and other publications. In speeches in synagogues, churches, and community events, in high schools and colleges from coast to coast. In e-mail action alerts. In op-eds and letters to the editor. In radio and television appearances by ZOA leaders. Always on the front lines of pro-Israel activism, ZOA has made its mark.
Related Articles
OP-ED Israel Hating Islamic Lobby CAIR, Van Jones, Media Matters Defend NSC Chair McMaster

The Zionist Organization of America (ZOA) has pointed out it’s revealing and illuminating that the Trump-hating radical anti-Israel Islamic lobby in America, the Council on American-Islamic Relations (CAIR), has promptly come to the defense of President Donald Trump’s National Security Adviser, General H.R. McMaster, whose anti-Israel pro-Iran deal, troubling hiring and firing actions, anti-draining the Washington […]

Zionist Organization of America (ZOA) President Morton A. Klein released the following statement: The ZOA is pleased that the Center for Jewish History (CJH) announced that it is cancelling two of CJH’s scheduled extreme anti-Israel programs, co-sponsored with the disgraceful Israel boycott promoter “Jewish Voice for Peace” (JVP), and featuring JVP leaders.  Even the leftwing […]