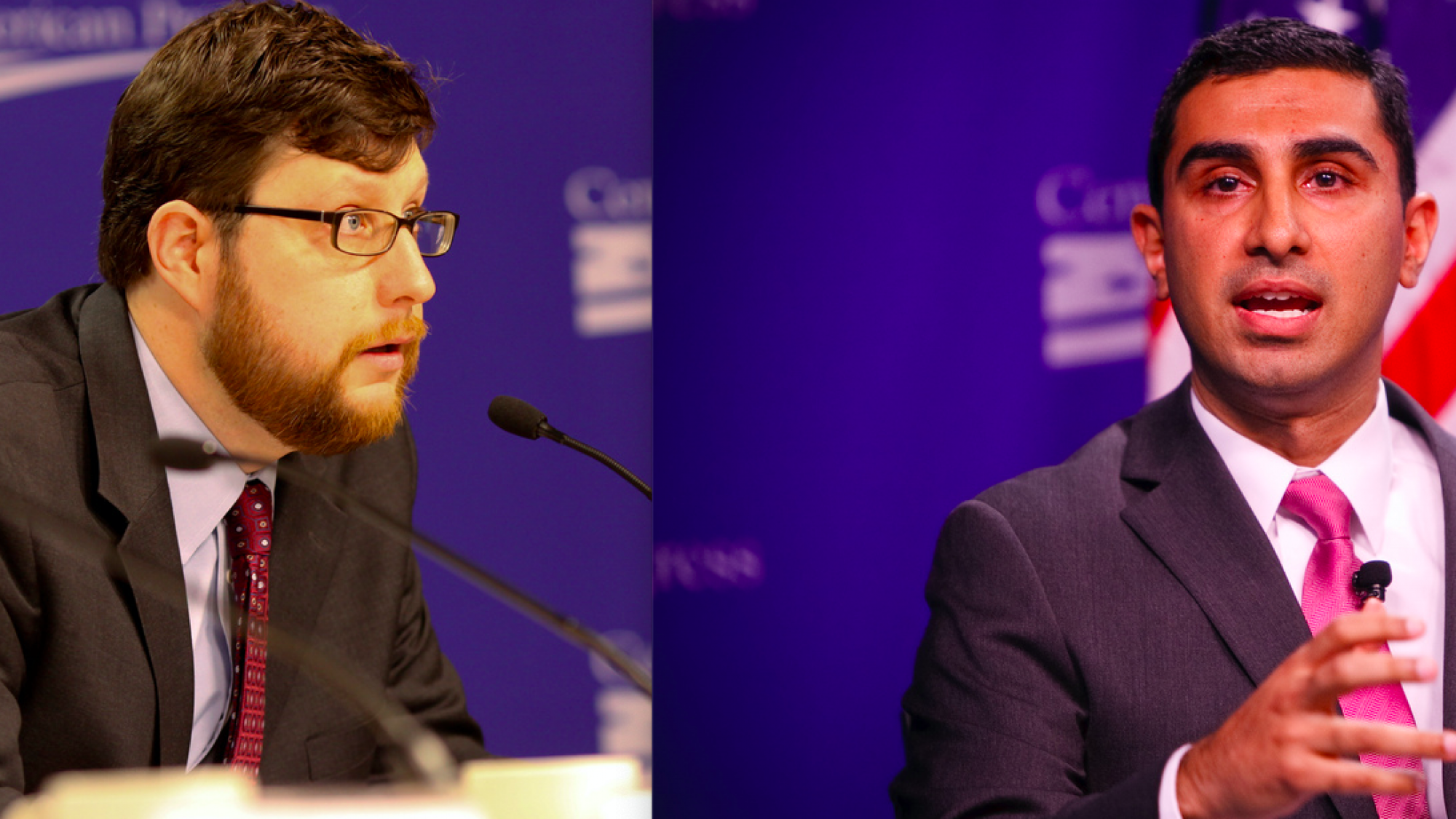 Zionist Organization of America (ZOA) criticizes 2020 Democratic presidential candidate Senator Bernie Sanders (I–VT) for employing three figures as senior staffers on his campaign, Faiz Shakir and Matthew Duss, who come with histories of involvement with anti-Semitism while both served at the left-wing think tank, the Center for American Progress (CAP), and Belén Sisa.

The ZOA calls for Senator Sanders to fire the three advisers and is urging other pro-Israel individuals and organizations to do the same.

Belén Sisa, Sanders’ National Deputy Press Secretary, is an illegal immigrant from Argentina who is protected from deportation through the Deferred Action for Childhood Arrivals program established by former President Barack Obama.

Duss came to CAP’s attention from publications in which he strongly opposed U.S. policy to combat radical Islam and maintained a blog monitoring and condemning as anti-Muslim the of the writings of then-New Republic editor and liberal Democrat, Marty Peretz. At CAP, Duss was a strong critic of Israel, particularly of Jewish communities in Judea/Samaria even before the Obama Administration made a major issue of them, and was also a supporter of President Obama’s Iran nuclear deal (David Klion, ‘Who Is Matt Duss, and Can He Take On Washington’s ‘Blob’?’ The Nation, February 6, 2019).

In 2012, both Shakir and Duss were involved in an incident involving CAP staffers at the ThinkProgress blog who used anti-Semitic tropes about Jewish dual loyalty and domination of money and politics. For example, one of those involved in the controversy, Zaid Jilani, wrote in a tweet that then-President Barack “Obama is still beloved by Israel-firsters and getting lots of their $$.”

Both Shakir and Duss refused at the time to condemn the anti-Semitic language used by their colleagues. “Shakir remained silent as the scandal unfolded, refusing to either apologize for ThinkProgress’ behavior or reprimand its writers for their use of terms popularized by the anti-Semitic fringe” (Adam Kredo, ‘Career-Firster,’ Washington Free Beacon, May 9, 2012).

The controversy engendered a major firestorm at the time which lead to the firing and departure of several ThinkProgress writers. Even the Obama Administration, which was often deeply hostile to Israel, felt impelled to disown the language used by the CAP employees, a Washington Post report noting that the Obama Administration described the hostility to Israel of the CAP employees as “deeply troubling.” (Peter Wallsten, ‘Center for American Progress, group tied to Obama, under fire from Israel advocates,’ Washington Post, January 19, 2012).

Faiz Shakir left CAP in 2012 to become a senior adviser to then-House Minority Leader (now House Speaker) Nancy Pelosi (D–CA) and later to Democratic Senate Leader, Senator Harry Reid (D–NV), before becoming Political Director of the American Civil Liberties Union (ACLU) in 2017. At the ACLU, Shakir spearheaded efforts to challenge anti-Boycott, Divestment & Sanctions (BDS) legislation, claiming it infringed free speech rights under the First Amendment— a notion that has been debunked by many, including the ZOA. Shakir joined the Sanders 2020 presidential campaign in February this year.

Duss left CAP in 2014 and served subsequently as President of the Foundation for Middle East Peace (2014-17) before joining Sanders in February 2017 as Senior Foreign Adviser.

Belén Sisa participated in a recent Facebook discussion in which she, like Sanders, sided with Rep. Ilhan Omar in the controversy engendered by the latter’s use of the anti-Semitic proclamations in arguing that Jews were controlling political debate in America through money and that members of Congress support Israel because of Jewish money.

In a Facebook post which Sisa has since deleted, Sisa questioned whether the “American-Jewish community has a dual allegiance to the state of Israel.” When a Jew from Sisa’s home state of Arizona pointed out the long history of the anti-Semitic slur of dual loyalty, Sisa wrote, “This is a serious question: do you not think that the American government and American Jewish community has a dual allegiance to the state of Israel? I’m asking not to rule out the history of this issue, but in the context in which this was said by Ilhan.” Another person on Facebook then asked, “do you think Bernie Sanders has dual loyalty?” to which Sisa replied, “I think I would probably have to ask him? But his comments make me believe other wise [sic] as he has been very blunt on where he stands.”

“I find it astonishing that the day has come in the United States of America that a major political figure and presidential candidate feels entirely at ease with appointing to senior positions in his campaign two figures who are tainted with anti-Semitism as well as employing a third who makes use of the same anti-Semitic statements that have been highlighted in the controversy over Ilhan Omar’s anti-Semitic statements.”

ZOA National President Morton A. Klein said, “I find it astonishing that the day has come in the United States of America that a major political figure and presidential candidate feels entirely at ease with appointing to senior positions in his campaign two figures who are tainted with anti-Semitism as well as employing a third who makes use of the same anti-Semitic statements that have been highlighted in the controversy over Ilhan Omar’s anti-Semitic statements.

“Regarding Shakir and Duss, their appointments become even more astonishing when one remembers that the anti-Semitic incident in which they were involved encompassed a furor only a few years ago and which led the Obama Administration –– an Administration that was often deeply critical of, and in conflict with, Israel –– to condemn those involved and cease contacts with them.

“Yet these very same people find a welcome mat at the Bernie Sanders presidential campaign.

“Why is Senator Sanders indulging anti-Semitism? Why is he appointing to his retinue staffers with records of sympathy toward anti-Semitism and making antisemitic remarks.

“This incident is occurring in a wider context which includes a drift by the Democratic Party towards the vociferously anti-Israel positions of the left, as well as the election to Congress of legislators who are deeply hostile to Israel, opposing its existence and supportive of anti-Israel campaigns, such as Boycott, Sanctions & Divestment (BDS), including Alexandria Ocasio-Cortez (D–NY), Ilhan Omar (D–MN) and Rashida Tlaib (D–MI).

“More widely, there has been an outbreak of uninhibited anti-Semitism in many countries, not least in Britain, where the British Labour Party under the leadership of Jeremy Corbyn has evoked controversy and even led a number of Labour MPs, both Jewish and non-Jewish, to leave the party in disgust over Mr. Corbyn’s toleration of anti-Semitism in Labour ranks.

“It is high time that the leadership in the Democratic Party, which has failed to take action against Ilhan Omar’s recent anti-Semitic outbursts, to finally take a stand opposing the rising anti-Semitism within the party.

“If Senator Sanders will not remove his enormously hostile-to-Israel/Jews advisers, the Democratic Party should call upon him to do so.

“The ZOA calls upon all pro-Israel individuals and organizations to condemn Senator Sander’s employing these advisers and to call for their immediate firing.”

We would love to hear from you! Please fill out this form and we will get in touch with you shortly.
Trending Z
News March 13, 2019
At ZOA Gala Secy Pompeo Gave the Greatest, Most Pro-Israel Speech Ever Delivered by a Public Official
News March 13, 2019
Dershowitz in Arutz 7: NYC’s Temple Emanu-El Silences a Pro-Israel Voice & Promotes an Anti-Israel Voice
Uncategorized March 13, 2019
Jewish Press: Has Deborah Lipstadt Undercut Both Herself and Future Antisemitism Envoys?
News March 13, 2019
NEW YORK POST: Democratic Leaders’ Shocking Silence Over Attacks on Israel by Fellow Dems
Our Mission
ZOA STATEMENT
The ZOA speaks out for Israel – in reports, newsletters, and other publications. In speeches in synagogues, churches, and community events, in high schools and colleges from coast to coast. In e-mail action alerts. In op-eds and letters to the editor. In radio and television appearances by ZOA leaders. Always on the front lines of pro-Israel activism, ZOA has made its mark.
Center for Law & Justice
We work to educate the American public and Congress about legal issues in order to advance the interests of Israel and the Jewish people.
We assist American victims of terrorism in vindicating their rights under the law, and seek to hold terrorists and sponsors of terrorism accountable for their actions.
We fight anti-Semitism and anti-Israel bias in the media and on college campuses.
We strive to enforce existing law and also to create new law in order to safeguard the rights of the Jewish people in the United States and Israel.
Related Articles
OP-ED ZOA Criticizes Obama For Supplying F-16s to Egypt’s Anti-Semitic Morsi & His Extremist Islamist Regime