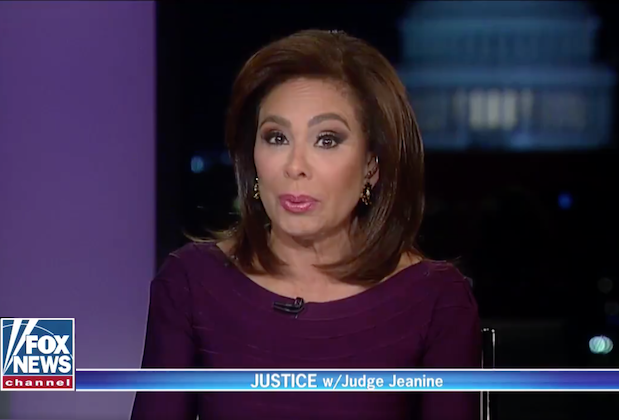 The ZOA strongly urges Fox News not to succumb to the Hamas-linked Council on American-Islamic Relations (CAIR)’s boycott threats and demands to fireFox’s pro-Israel knowledgeable, beloved star TV host, Judge Jeanine Pirro. Giving in to CAIR’s censorship demands would severely damage Fox News’ unique reputation as a “fair and balanced” news outlet – and send a chilling message that no one can discuss the radical Islamist roots of Congresswoman Ilhan Omar’s virulent antisemitism. Firing Judge Jeanine would thus do a tremendous disservice to Fox’s viewers and the American people, as well as diminish Fox’s viewership. Courageous, inquisitive star hosts such as Judge Jeanine and Sean Hannity are why so many Americans watch Fox News.

Back in 2010, when CAIR called for Juan Williams to be fired from NPR, for expressing fears about potential radical Islamists in airports, Muslim reformer Dr Zuhdi Jasser, of the American Islamic Forum for Democracy, explained that CAIR’s demand was a diversionary tactic, to prevent discussion of the radical Islamist ideology that is the root cause of terrorism.

CAIR’s current demand to fire Judge Jeanine is likewise a diversionary tactic to prevent discussion of the radical Islamist ideology underlying Ilhan Omar’s deep-seated, irrational Jew-hatred. The gist of Judge Jeanine’s statement was a query as to whether Ilhan Omar is “getting her anti-Israel sentiment doctrine” from an adherence to Sharia law. Why isn’t that worth discussing?

Judge Jeanine also clarified: “I’ve seen a lot of comments about my opening statement from Saturday night’s show and I did not call Rep. Omar un-American. My intention was to ask a question and start a debate, but of course because one is Muslim does not mean you don’t support the Constitution. I invite Rep. Omar to come on my show any time to discuss all of the important issues facing America today.”

Notably the man who issued the call to fire Judge Jeanine and boycott Fox News, CAIR national executive director Nihad Awad, has a long history of supporting designated terror-group Hamas. As the Investigative Project on Terrorism documented, Awad evenly openly declared “I am a supporter of the Hamas movement,” and revealed that he supports Israel’s extinction and replacement with an Islamist state, saying: “they [Jews] have been saying ‘next year to Jerusalem’; we say ‘next year to all Palestine.’”

We would love to hear from you! Please fill out this form and we will get in touch with you shortly.
Trending Z
Uncategorized March 25, 2019
ZOA Analysis: Most American Rabbis Who Are Boycotting Some Israeli Ministers Are From Extremist Left Wing Groups (J Street; T’ruah; JVP)
Uncategorized March 25, 2019
ZOA: Israel’s Reasonable Judicial Reform Proposals Are Good for Democracy, the Rule of Law and the Economy
Uncategorized March 25, 2019
Israel’s “Right of Return” Grandparent Clause is De-Judaizing the Jewish State – Eliminate It
News March 25, 2019
ZOA is Disappointed, Offended and Frightened by 211 U.S. House Votes Supporting Jew-Hating, Israel-Hating Rep. Ilhan Omar
Center for Law & Justice
We work to educate the American public and Congress about legal issues in order to advance the interests of Israel and the Jewish people.
We assist American victims of terrorism in vindicating their rights under the law, and seek to hold terrorists and sponsors of terrorism accountable for their actions.
We fight anti-Semitism and anti-Israel bias in the media and on college campuses.
We strive to enforce existing law and also to create new law in order to safeguard the rights of the Jewish people in the United States and Israel.
Our Mission
ZOA STATEMENT
The ZOA speaks out for Israel – in reports, newsletters, and other publications. In speeches in synagogues, churches, and community events, in high schools and colleges from coast to coast. In e-mail action alerts. In op-eds and letters to the editor. In radio and television appearances by ZOA leaders. Always on the front lines of pro-Israel activism, ZOA has made its mark.
Related Articles
OP-ED ZOA: Why Are We Funding a PA Terror Regime Which Is Also A Police State?