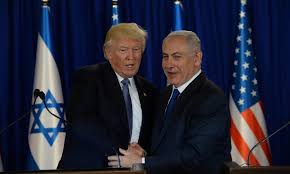 The Zionist Organization of America, the oldest pro-Israel organization in the United States, along with our supporters and friends, understands that only a strong and secure Israel can maintain peace and assure America’s and Israel’s mutual strategic interests in the Middle East.

The ZOA thus strongly disagrees with a letter recently sent to President Trump by several leftwing American Jewish organizations, which urged the president to adopt damaging policies that ignore the will of Israel’s democratically-elected government and people. The ZOA has signed a joint letter together with 21 pro-Israel groups, opposing the leftwing groups’ letter. In addition, ZOA is herein expanding upon the reasons why the leftwing groups’ letter is wrong and dangerous.

Those leftwing American Jewish organizations have repeatedly wrongly pursued appeasement policies that led to more terror, more war, the deaths of thousands of Jews and others, and more Middle East turmoil. For instance, those same leftwing organizations all supported the disastrous Gaza withdrawal. Instead of ushering in peace, Israel’s withdrawal from Gaza resulted in four wars, and Israel being bombarded with 25,000 Hamas/Iranian rockets, Molotov cocktails, terror tunnels, and fire balloons that burnt thousands of acres of Israeli farmland.

It would be an even worse disaster to foist on Israel a so-called “two-state solution” – a euphemism for creating what would surely be an Iranian-Hezbollah-Hamas-Fatah Palestinian-Arab terror state, on land legally designated for the Jewish homeland, in Judea/Samaria and portions of Jerusalem. A Palestinian-Arab state in Judea/Samaria would subject Israel’s major population centers to continuous rocket attacks, and place all of Israel in existential danger.

As PM Netanyahu succinctly stated in the New York Times in March 2018, a Palestinian state “doesn’t work . . . When we leave land, terror organizations take over. Immediately.”

As PM Netanyahu succinctly stated in the New York Times in March 2018, a Palestinian state “doesn’t work . . . When we leave land, terror organizations take over. Immediately.”

We do not understand how anyone desirous of peace can even think of granting statehood to the Palestinian-Arab regime, when the Palestinian Authority continues to glorify and foment terror, and pays Arab terrorists to murder Jews and Americans.

Throughout President Trump’s presidency, he has excelled at keeping his campaign promises. Indeed, while every president since Bill Clinton failed to keep their pledges to move the U.S. Embassy to Jerusalem, President Trump fulfilled that pledge.

Israeli Prime Minister Netanyahu recently pledged to extend Israeli sovereignty over Jewish communities in Judea and Samaria – a step that is overwhelmingly desired by Israel’s people, is essential to Israel’s security, and will bring stability to the area. The areas to which Israeli law would be applied only constitute 2% of Judea/Samaria.

We appreciate the administration’s support for PM Netanyahu keeping his pledge, including Secretary of State Pompeo’s recent statement that these pledged steps by Netanyahu will not harm peace prospects, and Secretary Pompeo’s refusal to support a Palestinian-Arab terror state.

Both Presidents Bush and Obama recognized that Israel would need to retain the Jewish communities in Judea/Samaria in any final peace agreement. It is unfair and unreasonable to continue to hold these Israeli cities and towns hostage to the Palestinian Authority’s continuing intransigent refusal to make peace.

It is also outrageous for leftwing organizations to suggest that Israel’s and President Trump’s policies should kowtow to the antisemitic, anti-Israel, terror-linked “boycott, divestment and sanctions” (BDS) movement, which seeks Israel’s complete annihilation. The BDS movement is galvanized by weakness, by seeing that its tactics are working. Strengthening Israeli sovereignty is the best answer to the BDS movement.

We also note with dismay that the leftwing organizations’ letter made no mention of the Jewish people’s unbroken 3300-year attachment to the entire Land of Israel, including Judea and Samaria. The Jewish people never left these lands except when driven out by massacres and ethnic cleansing.

The Jewish people are moreover entitled to Judea/Samaria under international law – as confirmed by the San Remo Declaration, the Mandate for Palestine signed by 61 nations, the Anglo-American Treaty signed by Britain and the United States, and the United Nations Charter enacted by the UN’s 51 founding members.

The leftwing organizations’ positions opposing Israeli sovereignty over Jewish communities and promoting a Palestinian-Arab terror state are moreover diametrically opposed to the 2016 Republican platform, and the beliefs of millions of staunch American Christian and Jewish Zionists.

The ZOA sincerely thanks President Trump for the numerous important steps he has taken throughout his presidency to enhance America’s relationship with Israel and Jewish communities in the United States and throughout the world, and thanks the president for his warm personal friendship with Israel’s democratically-elected Prime Minister Benjamin Netanyahu. We look forward to the president’s continued friendship and support.

We would love to hear from you! Please fill out this form and we will get in touch with you shortly.
Trending Z
Uncategorized April 16, 2019
FLASH: ISRAEL-JORDAN PEACE TREATY (1994) GUARANTEES JEWS ACCESS TO THE TEMPLE MOUNT – LET MY PEOPLE PRAY
Uncategorized April 16, 2019
ZOA Analysis: Most American Rabbis Who Are Boycotting Some Israeli Ministers Are From Extremist Left Wing Groups (J Street; T’ruah; JVP)
Uncategorized April 16, 2019
Israel’s “Right of Return” Grandparent Clause is De-Judaizing the Jewish State – Eliminate It
Uncategorized April 16, 2019
Exclusive: ZOA Accuses Ilhan Omar of Hating the U.S. ‘as Much as Israel,’ Lauds Kevin McCarthy for ‘Throwing Her Off the HFAC’
Center for Law & Justice
We work to educate the American public and Congress about legal issues in order to advance the interests of Israel and the Jewish people.
We assist American victims of terrorism in vindicating their rights under the law, and seek to hold terrorists and sponsors of terrorism accountable for their actions.
We fight anti-Semitism and anti-Israel bias in the media and on college campuses.
We strive to enforce existing law and also to create new law in order to safeguard the rights of the Jewish people in the United States and Israel.
Our Mission
ZOA STATEMENT
The ZOA speaks out for Israel – in reports, newsletters, and other publications. In speeches in synagogues, churches, and community events, in high schools and colleges from coast to coast. In e-mail action alerts. In op-eds and letters to the editor. In radio and television appearances by ZOA leaders. Always on the front lines of pro-Israel activism, ZOA has made its mark.
Related Articles
OP-ED BY: ZOA Staff J Street Poll Shows 72% of American Jews Support Building in Judea/Samaria