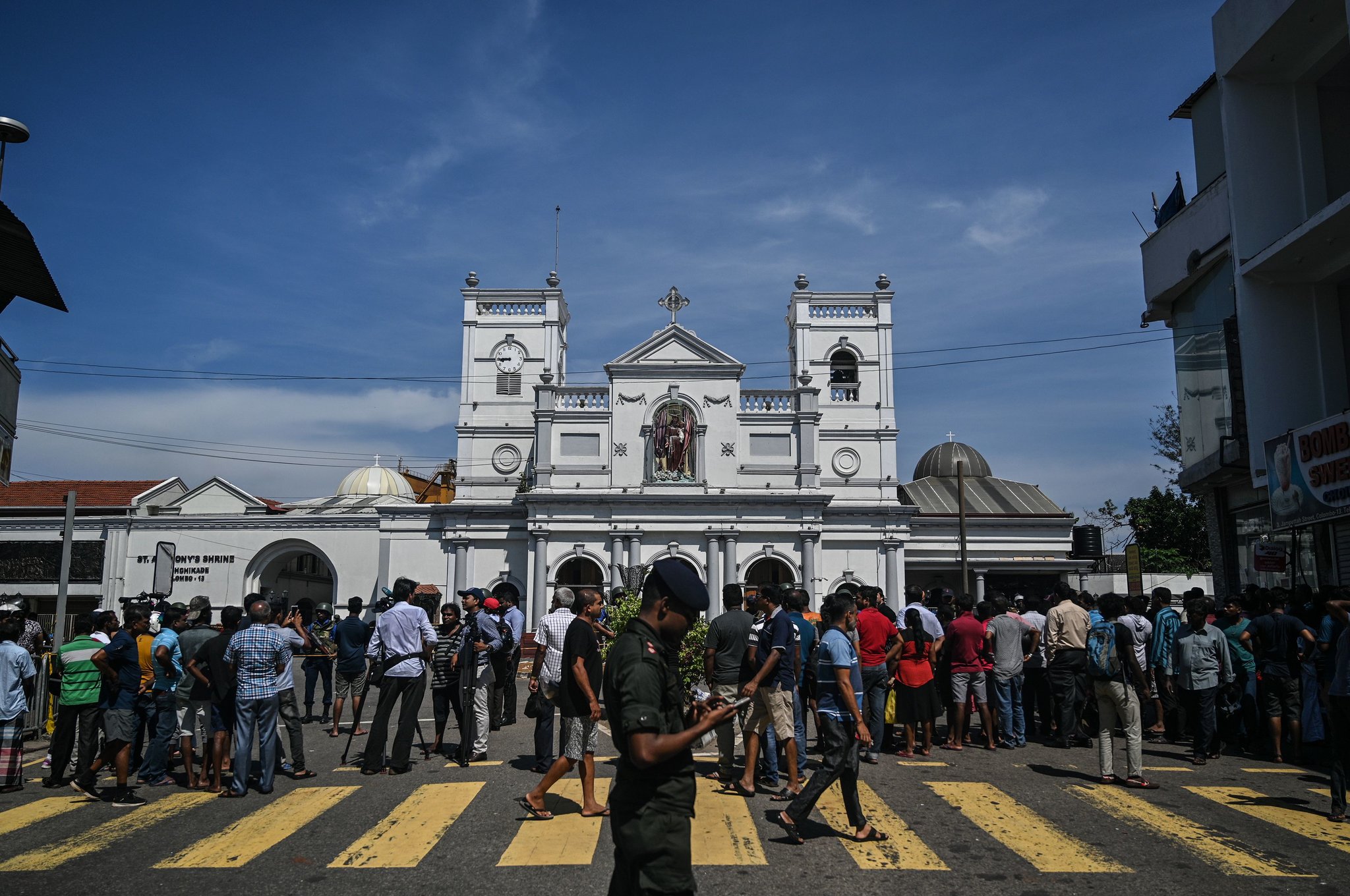 ZOA condemns the Islamic terrorists of the National Thowheeth Jama’ath Islamic terrorist organization, and the international Islamic terror group suspected of assisting them, for perpetrating the horrific multiple bombings of Catholic churches and tourist hotels in Sri Lanka yesterday, on Easter Sunday. We mourn and pray for the nearly 300 murdered and 500 wounded mostly Christian innocents, who were the victims of the worst terror attack since 9-11.

As ZOA President Morton Klein recently testified in Congress, and in keeping with Egyptian President Abdel Fattah El-Sisi’s famous 2015 speech calling for a “religious revolution” among Muslims, Imams at the leading Islamic center of Al Azhar University, and throughout the world, must take the lead in reforming Islam so that murder and terror attacks in the name of Islam are no longer acceptable.

ZOA is also appalled that former President Obama, former Secretary of State Clinton, Senator Bernie Sanders, and Congresswoman Ilhan Omar all failed to name both the Islamic perpetrators and the Christian victims of the massacres in Sri Lanka.

For instance, instead of acknowledging that the victims were Christians, or the Muslim identity of the perpetrators, Obama called the Sri Lanka massacres “attacks on tourists and Easter worshipers” and “an attack on humanity.” Commenters justifiably wondered “Do we have people who worship Easter?,” and “Why can’t you call them what they are… Christians?” By contrast, after the horrendous New Zealand massacre, Obama specified that he grieved with “the Muslim community.”

We cannot solve the problem of Islamic terrorism unless we acknowledge it, confront it, and call upon Muslim religious officials to lead widespread reform.

We would love to hear from you! Please fill out this form and we will get in touch with you shortly.
Trending Z
News April 22, 2019
ZOA Condemns U.S. State Dept. & U.S. Amb. Nides For Siding with Antisemitic, Discriminatory Palestinian & Hamas Terrorists re: the Temple Mount, Violating Jews’ Religious Freedom
Uncategorized April 22, 2019
FLASH: ISRAEL-JORDAN PEACE TREATY (1994) GUARANTEES JEWS ACCESS TO THE TEMPLE MOUNT – LET MY PEOPLE PRAY
Uncategorized April 22, 2019
ZOA Analysis: Most American Rabbis Who Are Boycotting Some Israeli Ministers Are From Extremist Left Wing Groups (J Street; T’ruah; JVP)
Uncategorized April 22, 2019
Israel’s “Right of Return” Grandparent Clause is De-Judaizing the Jewish State – Eliminate It
Center for Law & Justice
We work to educate the American public and Congress about legal issues in order to advance the interests of Israel and the Jewish people.
We assist American victims of terrorism in vindicating their rights under the law, and seek to hold terrorists and sponsors of terrorism accountable for their actions.
We fight anti-Semitism and anti-Israel bias in the media and on college campuses.
We strive to enforce existing law and also to create new law in order to safeguard the rights of the Jewish people in the United States and Israel.
Our Mission
ZOA STATEMENT
The ZOA speaks out for Israel – in reports, newsletters, and other publications. In speeches in synagogues, churches, and community events, in high schools and colleges from coast to coast. In e-mail action alerts. In op-eds and letters to the editor. In radio and television appearances by ZOA leaders. Always on the front lines of pro-Israel activism, ZOA has made its mark.
Related Articles
OP-ED BY: Morton A. Klein ZOA: Iran Pres. Rouhani’s Boasting of Deceiving West on Iran’s Nuclear Weapons Program Underscores the Fraudulence of his Moderate Image