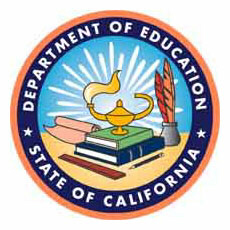 After ZOA and Others Condemn it, CA Board of Ed. Rejects Anti-Semitic Proposed Ethnic Studies Curriculum
News Press Release

After the Zionist Organization of America (ZOA) and many others condemned a proposed Ethnic Studies Model Curriculum (ESMC) for California students that was anti-Semitic and anti-Israel, the California State Board of Education rejected the ESMC, stating that it “falls short and needs to be substantially revised.”

A statement issued on August 12, 2019, by the President, Vice President and a Member of the Board of Education explained:  “Ethnic studies can be an important tool to improve school climate and increase our understanding of one another.  A model curriculum should be accurate, free of bias, appropriate for all learners in our diverse state, and align with Governor Newsom’s vision of a California  for all.”

The statement also provides that a new draft ethnic studies curriculum would be developed for review and approval which “aligns to California’s values.”

Morton A. Klein, ZOA’s National President, and Susan B. Tuchman, Esq., director of the ZOA’s Center for Law and Justice, praised the Board of Education’s decision to reject the ESMC:  “The California State Board of Education made the right and necessary decision to reject the ESMC, which essentially ignored Jews as an ethnic group and actually disparaged them instead, omitted anti-Semitism from the many forms of hatred and bigotry defined in the ESMC’s Glossary, and promoted the anti-Semitic and anti-Israel boycott, divestment and sanctions movement.  We look forward to reviewing the next draft of the ethnic studies curriculum, which we hope and expect will provide California students with an accurate, balanced and scholarly understanding of Jews and other ethnic groups.

“We thank ZOA’s supporters who wrote to the California Department of Education to express their objections to the ESMC and urge that it be revised.  All of us must continue to be vigilant in ensuring that our children are not miseducated and indoctrinated – in California or anywhere else – to hate Jews or Israel.”

We would love to hear from you! Please fill out this form and we will get in touch with you shortly.
Trending Z
News August 16, 2019
ZOA Condemns U.S. State Dept. & U.S. Amb. Nides For Siding with Antisemitic, Discriminatory Palestinian & Hamas Terrorists re: the Temple Mount, Violating Jews’ Religious Freedom
Uncategorized August 16, 2019
FLASH: ISRAEL-JORDAN PEACE TREATY (1994) GUARANTEES JEWS ACCESS TO THE TEMPLE MOUNT – LET MY PEOPLE PRAY
Uncategorized August 16, 2019
ZOA Analysis: Most American Rabbis Who Are Boycotting Some Israeli Ministers Are From Extremist Left Wing Groups (J Street; T’ruah; JVP)
Uncategorized August 16, 2019
Israel’s “Right of Return” Grandparent Clause is De-Judaizing the Jewish State – Eliminate It
Center for Law & Justice
We work to educate the American public and Congress about legal issues in order to advance the interests of Israel and the Jewish people.
We assist American victims of terrorism in vindicating their rights under the law, and seek to hold terrorists and sponsors of terrorism accountable for their actions.
We fight anti-Semitism and anti-Israel bias in the media and on college campuses.
We strive to enforce existing law and also to create new law in order to safeguard the rights of the Jewish people in the United States and Israel.
Our Mission
ZOA STATEMENT
The ZOA speaks out for Israel – in reports, newsletters, and other publications. In speeches in synagogues, churches, and community events, in high schools and colleges from coast to coast. In e-mail action alerts. In op-eds and letters to the editor. In radio and television appearances by ZOA leaders. Always on the front lines of pro-Israel activism, ZOA has made its mark.
Related Articles
OP-ED BY: Morton A. Klein ZOA: Iran Pres. Rouhani’s Boasting of Deceiving West on Iran’s Nuclear Weapons Program Underscores the Fraudulence of his Moderate Image