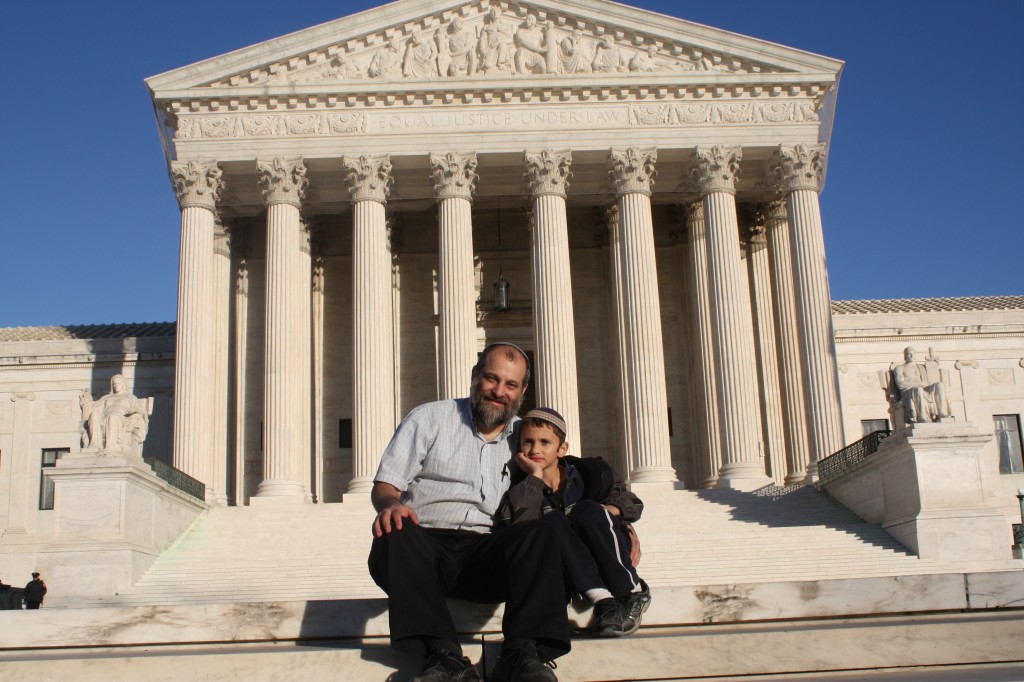 The Zionist Organization of America (ZOA) praised the Trump administration today for considering permitting U.S. citizens born in Jerusalem to list “Israel” as their birthplace on their U.S. passports, and strongly urged the administration to authorize that listing as soon as possible.

In an interview published last Thursday, U.S. Secretary of State Mike Pompeo told the Jewish News Syndicate that what can be listed on passports is “something that’s actively being looked at.”

This is an important development.  It makes perfect sense for the Trump administration to take the next step and authorize listing Jerusalem, given that in 2017, President Trump recognized Jerusalem as Israel’s capital, and the U.S. embassy was moved from Tel Aviv to Jerusalem.

Morton A. Klein, ZOA’s National President, and Susan B. Tuchman, Esq., director of the ZOA’s Center for Law and Justice, urged the Trump administration to finally effectuate the change and permit listing “Israel” on U.S. passports:  “Americans born in Jerusalem have been without a country of birth on their passports long enough.  In 2002, a federal law gave them the legal right to identify ‘Israel’ as their birthplace on their passports.

“When the State Department refused to comply with the law, the ZOA was the only Jewish organization to file a legal action to enforce the law.  Then, for more than a decade, the ZOA supported the legal battle fought by the family of Menachem Zivotofsky and their distinguished legal team to enforce the 2002 law; we filed an amicus brief in the U.S. Court of Appeals and two briefs in the U.S. Supreme Court.  In 2015, the U.S. Supreme Court invalidated the law, ruling that the president has the exclusive power to recognize a foreign sovereign.

“Now that President Trump has exercised that power and recognized Jerusalem as Israel’s capital, Americans born in Jerusalem should no longer be required to remain stateless.  Allowing them to identify Israel as their birthplace on their passports is the logical next step and we urge the Trump administration to finally make this official U.S. policy.”

We would love to hear from you! Please fill out this form and we will get in touch with you shortly.
Trending Z
News September 4, 2019
ZOA Condemns U.S. State Dept. & U.S. Amb. Nides For Siding with Antisemitic, Discriminatory Palestinian & Hamas Terrorists re: the Temple Mount, Violating Jews’ Religious Freedom
Uncategorized September 4, 2019
FLASH: ISRAEL-JORDAN PEACE TREATY (1994) GUARANTEES JEWS ACCESS TO THE TEMPLE MOUNT – LET MY PEOPLE PRAY
Uncategorized September 4, 2019
ZOA Analysis: Most American Rabbis Who Are Boycotting Some Israeli Ministers Are From Extremist Left Wing Groups (J Street; T’ruah; JVP)
Uncategorized September 4, 2019
Israel’s “Right of Return” Grandparent Clause is De-Judaizing the Jewish State – Eliminate It
Center for Law & Justice
We work to educate the American public and Congress about legal issues in order to advance the interests of Israel and the Jewish people.
We assist American victims of terrorism in vindicating their rights under the law, and seek to hold terrorists and sponsors of terrorism accountable for their actions.
We fight anti-Semitism and anti-Israel bias in the media and on college campuses.
We strive to enforce existing law and also to create new law in order to safeguard the rights of the Jewish people in the United States and Israel.
Our Mission
ZOA STATEMENT
The ZOA speaks out for Israel – in reports, newsletters, and other publications. In speeches in synagogues, churches, and community events, in high schools and colleges from coast to coast. In e-mail action alerts. In op-eds and letters to the editor. In radio and television appearances by ZOA leaders. Always on the front lines of pro-Israel activism, ZOA has made its mark.
Related Articles
OP-ED BY: Morton A. Klein ZOA: Iran Pres. Rouhani’s Boasting of Deceiving West on Iran’s Nuclear Weapons Program Underscores the Fraudulence of his Moderate Image