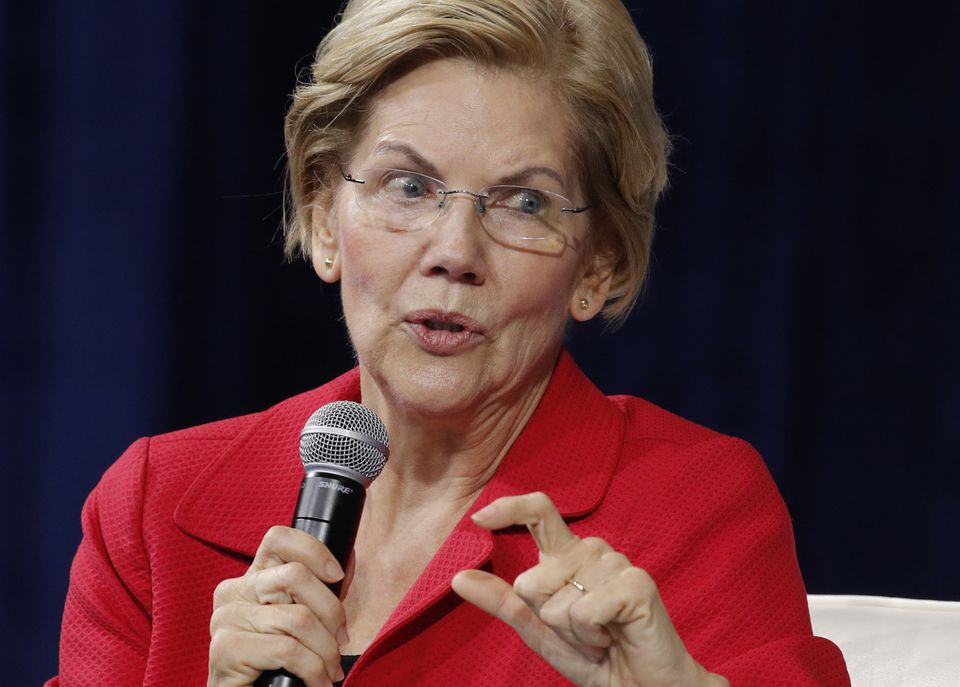 ZOA Appalled: Sen. Warren Proclaims “Everything (Against Israel) Is On the Table” If Israel Doesn’t Create a Palestinian State
News Press Release

The Zionist Organization of America (ZOA) has condemned Democratic presidential candidate, Senator Elizabeth Warren (D–MA), for declaring that “everything is on the table” to punish and pressure Israel if it doesn’t establish a Palestinian State and stop building homes in Judea Samaria and eastern Jerusalem.

Senator Warren, one of the leading Democratic presidential candidates according to recent polls, stated in response to a question at a campaign event in Iowa about her positions on aid to Israel and the construction of Jewish communities that, “It is the official policy of the United States of America to support a two-state solution, and if Israel is moving in the opposite direction, then everything is on the table …Right now, [Israeli Prime Minister Benjamin] Netanyahu says he is going to take Israel in a direction of increasing settlements, that does not move us in the direction of a two-state solution” (‘Elizabeth Warren: ‘Everything is on the table’ to get Israel to support two-state solution,’ Jewish Telegraphic Agency, October 22, 2019).

“Anyone who believes that Israel should be economically penalized because it supports the right of Jews to live in the biblical heartland of Judea/Samaria is not only saying that these territories should be judenrein, but revealing that they do not regard Israel as an ally.”

The ZOA notes that it is not the official policy of the Trump Administration to support a dangerous Palestinian State which would surely be a Hamas/Iran terror State. Moreover, the Jewish communities of Judea and Samaria only comprise 2% of those areas. Additionally it is racist and anti-Semitic to state that Jews can’t live in Judea Samaria white Arabs live can live in Israel proper.

Israel currently receives $3.8 billion annually in US military assistance. It no longer receives economic assistance and has not done so for years. Almost all of the military aid package is spent in purchasing US military systems and weaponry.

ZOA National President Morton A. Klein and Chairman Mark Levenson, Esq. said, “With this statement, Senator Warren has revealed her own hostility to Israel.

“Anyone who believes that Israel should be economically penalized because it supports the right of Jews to live in the biblical heartland of Judea/Samaria is not only saying that these territories should be judenrein, but revealing that they do not regard Israel as an ally. And anyone who demands that Israel establish a Palestinian terror State ala Gaza is being blind to the reality of the Arab Islamic war against the Jewish State.

“Allies are not issued diktats. Disagreement among allies are usually handled delicately and privately, not with grandstanding threats about withdrawing aid.

“It is up to Israel, as with any other US ally, to determine for itself which policies it supports without attracting hostile statements threatening penalties. That Senator Warren thinks otherwise is a measure of her lack of support for Israel –– all the more so when she does not criticize the Palestinian Authority (PA) for refusing negotiations for nearly a decade, refusing to dismantle terrorist groups, refusing to end the incitement to hatred and murder that suffuses the PA-controlled media, mosques, schools and youth camps and refusing to stop paying Arabs to murder Jews.

“The ZOA urges Senator Warren to retract her ugly and vicious anti-Israel statement against America’s best and most reliable ally.”

We would love to hear from you! Please fill out this form and we will get in touch with you shortly.
Trending Z
News October 24, 2019
ZOA Condemns U.S. State Dept. & U.S. Amb. Nides For Siding with Antisemitic, Discriminatory Palestinian & Hamas Terrorists re: the Temple Mount, Violating Jews’ Religious Freedom
News October 24, 2019
ZOA’s Klein JPost Op-Ed: There is Nothing Extreme About Israel’s New Government
Uncategorized October 24, 2019
FLASH: ISRAEL-JORDAN PEACE TREATY (1994) GUARANTEES JEWS ACCESS TO THE TEMPLE MOUNT – LET MY PEOPLE PRAY
Uncategorized October 24, 2019
ZOA Analysis: Most American Rabbis Who Are Boycotting Some Israeli Ministers Are From Extremist Left Wing Groups (J Street; T’ruah; JVP)
Center for Law & Justice
We work to educate the American public and Congress about legal issues in order to advance the interests of Israel and the Jewish people.
We assist American victims of terrorism in vindicating their rights under the law, and seek to hold terrorists and sponsors of terrorism accountable for their actions.
We fight anti-Semitism and anti-Israel bias in the media and on college campuses.
We strive to enforce existing law and also to create new law in order to safeguard the rights of the Jewish people in the United States and Israel.
Our Mission
ZOA STATEMENT
The ZOA speaks out for Israel – in reports, newsletters, and other publications. In speeches in synagogues, churches, and community events, in high schools and colleges from coast to coast. In e-mail action alerts. In op-eds and letters to the editor. In radio and television appearances by ZOA leaders. Always on the front lines of pro-Israel activism, ZOA has made its mark.
Related Articles
OP-ED BY: Morton A. Klein, ZOA Jerusalem is Holy to Jews, Not to Muslims