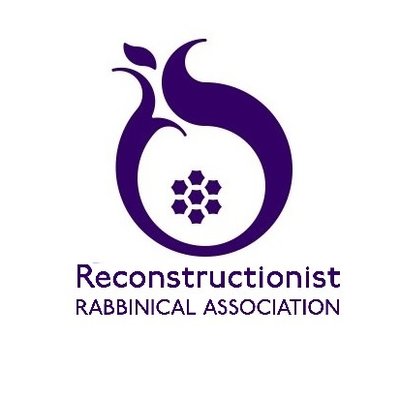 The Zionist Organization of America (ZOA) has criticized the Reconstructionist Rabbinical Association for its endorsement last week of legislation in the House of Representatives purportedly aimed at protecting the lives of Palestinian Arab children from the Israeli military. Sponsored by hostile-to-Israel Representative Betty McCollum (D–MN), the Promoting Human Rights for Palestinian Children Living Under Israeli Military Occupation Act (HR 2407) would prohibit US funding from contributing to “the military detention, interrogation, abuse, or ill-treatment of children in violation of international humanitarian law” (‘Reconstructionist Rabbinical Association Endorses US Legislation Protecting Palestinian Children From Israeli Military Prison,’ Press statement, October 16, 2019).

The ZOA notes that the Israeli military is the most scrupulous in the world in seeking to avoid killing or harming protected persons under international law, including Palestinian Arab children, who are willfully, deliberately and needlessly exposed to death and injury by the actions of Mahmoud Abbas’ PA and Hamas and the other Palestinian Arab terrorist groups.

“Palestinian Arab children have been used, not only as human shields, ensuring that many of them are killed and maimed during hostilities, but also as smugglers, couriers and gunmen, as well as in other roles which amount to blatant breaches of international law.”

ZOA National President Morton A. Klein and Chairman Mark Levenson, Esq. said, “This endorsement by the Reconstructionist Rabbinical Association is nothing other than a case of moral inversion, the product of moral confusion.

“It is a documented fact that Mahmoud Abbas’ PA and the other Palestinian Arab terrorist groups deliberately and routinely use Palestinian youth, even children, in their terrorist war on Israel.

“Palestinian Arab children have been used, not only as human shields, ensuring that many of them are killed and maimed during hostilities, but also as smugglers, couriers and gunmen, as well as in other roles which amount to blatant breaches of international law.

“Instead, Palestinian Arab children have been bussed en masse to the scene of hostilities between Israel and Palestinian Arab forces, have been exposed to death and injury by the placement of weaponry in schools and kindergartens, have been inculcated with a philosophy of hatred and violence against Jews and Israel and are daily encouraged to aspire to any early death in the process of trying to murder Jews.

“This legislation seeks to penalize Israel and the IDF for having to arrest and detain Palestinian Arab children, while utterly ignoring the actual problem –– the Palestinian use of children to carry and even use arms and bombs, thus imperiling their safety and turning them from peaceful, civilian protected persons into combatants.

“The Reconstructionist Rabbinical Association should have no difficulty recognizing the evil of the perfidious use of innocent children by the PA and other Palestinian Arab terrorist organizations. Instead, by its support of this legislation, it incentivizes this inhuman and criminal abuse of innocent children, ensuring that these Palestinian groups will continue to do so.

“The only thing the Reconstructionist Rabbinical Council has achieved by its endorsement of such legislation is showing the Palestinian terrorist groups that breaches of international law pay when they should in fact result in condemnation and ostracism by the international community.”

We would love to hear from you! Please fill out this form and we will get in touch with you shortly.
Trending Z
News October 29, 2019
New Biden Nominees Opposed Abraham Accords & Involved in Israeli Election Interference
Uncategorized October 29, 2019
ZOA Letter to DOJ & FBI on New “Mapping Project” Antisemitic Threat by ZOA Pres. Morton Klein, Dir. of Research/Special Projects Liz Berney, Esq., Dir. Center for Law & Justice Susan Tuchman, Esq.
News October 29, 2019
ZOA’s Condemnation of Black Lives Matter Defended by JNS’ Tobin: Jews Supporting BLM Empowered Antisemitism
Op-Ed October 29, 2019
ZOA’s Mort Klein JPost Op-Ed: BDS Mapping Project Targets Every Jew, Including Left Wing, Israelophobic Jews
Center for Law & Justice
We work to educate the American public and Congress about legal issues in order to advance the interests of Israel and the Jewish people.
We assist American victims of terrorism in vindicating their rights under the law, and seek to hold terrorists and sponsors of terrorism accountable for their actions.
We fight anti-Semitism and anti-Israel bias in the media and on college campuses.
We strive to enforce existing law and also to create new law in order to safeguard the rights of the Jewish people in the United States and Israel.
Our Mission
ZOA STATEMENT
The ZOA speaks out for Israel – in reports, newsletters, and other publications. In speeches in synagogues, churches, and community events, in high schools and colleges from coast to coast. In e-mail action alerts. In op-eds and letters to the editor. In radio and television appearances by ZOA leaders. Always on the front lines of pro-Israel activism, ZOA has made its mark.
Related Articles
OP-ED BY: ZOA Staff P.A.’s Abbas Confers Highest Award On Terrorist Leader Al-Wazir, Calling Him “Martyr,” “Model Of a True Fighter”