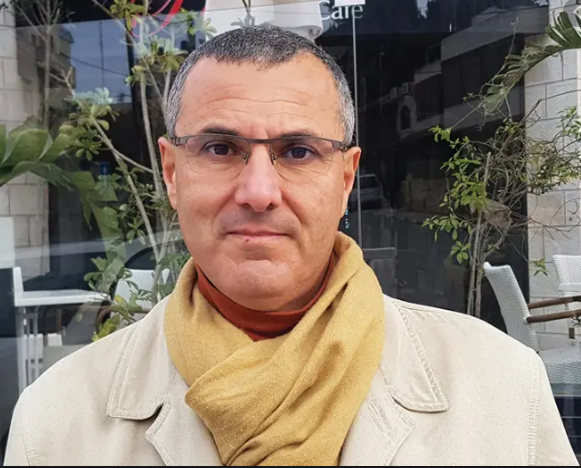 BDS Founder Omar Barghouti’s Incredible Hypocrisy: Boycott Israeli Products, Except When They Can Save His Life
News Press Release

The Zionist Organization of America (ZOA) condemns the outrageous hypocrisy of Omar Barghouti, a founder of the anti-Semitic boycott, divestment and sanctions (BDS) movement against Israel.  Barghouti recently made it clear that if Israel develops a vaccine that would protect Israel-boycotters from the coronavirus, then it is “not a problem” for boycotters to use the Israeli vaccine.

“Barghouti has shown his true colors.  He is unrelenting in his commitment to harm and eliminate the Jewish state, unless he can personally benefit from all the great innovations and achievements that Israel can offer.”

As first reported by the Jerusalem Post, Barghouti made these hypocritical remarks in an Arabic language webinar last Sunday, April 5, 2020, entitled “BDS and Anti-Normalization: The Most Important Strategies to Fight Against the Deal of the Century, Even in the Time of COVID-19.”  Barghouti elaborated, “If Israel finds a cure for cancer, for example, or any other virus, then there is no problem in cooperating with Israel to save millions of lives.”

In fact, Barghouti has demonstrated a lack of regard for human life.  He supports terrorism against Israelis, and never condemned the Palestinian Authority’s (PA) “pay to slay” payments to Arabs to murder Jews.  Barghouti is indifferent to how boycotting companies in Judea and Samaria means that Jews and Arabs alike will lose needed jobs that sustain their families.  Barghouti is also a longtime supporter of the “one-state solution,” which means eliminating Israel as the nation-state of the Jewish people.

This is not the first time that Israel-bashers and anti-Semites like Barghouti hypocritically seek to benefit from Israel’s extraordinary advances and commitment to preserving human life.  Both the PA and Hamas, the terrorist group that rules Gaza, refuse to live in peace with Israel or even to recognize Israel as a Jewish state.  But that does not stop PA and Hamas leaders from taking advantage of Israeli hospitals when they need them.

Barghouti himself chose to go to school at, of all places, Tel Aviv University in Israel.  Apparently, the “moral imperative” – as he has called it – to boycott Israeli academia, is an imperative for others but not for himself.

ZOA National President Morton A. Klein, ZOA Chairman Mark Levenson, Esq., and Director of ZOA’s Center for Law and Justice Susan B. Tuchman, Esq. condemned Barghouti’s hypocrisy: “Barghouti has shown his true colors.  He is unrelenting in his commitment to harm and eliminate the Jewish state, unless he can personally benefit from all the great innovations and achievements that Israel can offer.  Then his so-called principles go right out the window.  Barghouti is not just a hater; he is a laughable phony, too.”

We would love to hear from you! Please fill out this form and we will get in touch with you shortly.
Trending Z
News April 8, 2020
ZOA Condemns U.S. State Dept. & U.S. Amb. Nides For Siding with Antisemitic, Discriminatory Palestinian & Hamas Terrorists re: the Temple Mount, Violating Jews’ Religious Freedom
Uncategorized April 8, 2020
FLASH: ISRAEL-JORDAN PEACE TREATY (1994) GUARANTEES JEWS ACCESS TO THE TEMPLE MOUNT – LET MY PEOPLE PRAY
Uncategorized April 8, 2020
ZOA Analysis: Most American Rabbis Who Are Boycotting Some Israeli Ministers Are From Extremist Left Wing Groups (J Street; T’ruah; JVP)
Uncategorized April 8, 2020
Israel’s “Right of Return” Grandparent Clause is De-Judaizing the Jewish State – Eliminate It
Center for Law & Justice
We work to educate the American public and Congress about legal issues in order to advance the interests of Israel and the Jewish people.
We assist American victims of terrorism in vindicating their rights under the law, and seek to hold terrorists and sponsors of terrorism accountable for their actions.
We fight anti-Semitism and anti-Israel bias in the media and on college campuses.
We strive to enforce existing law and also to create new law in order to safeguard the rights of the Jewish people in the United States and Israel.
Our Mission
ZOA STATEMENT
The ZOA speaks out for Israel – in reports, newsletters, and other publications. In speeches in synagogues, churches, and community events, in high schools and colleges from coast to coast. In e-mail action alerts. In op-eds and letters to the editor. In radio and television appearances by ZOA leaders. Always on the front lines of pro-Israel activism, ZOA has made its mark.
Related Articles
OP-ED BY: ZOA Staff ZOA Statement on Proposed Funding Cuts to CUNY