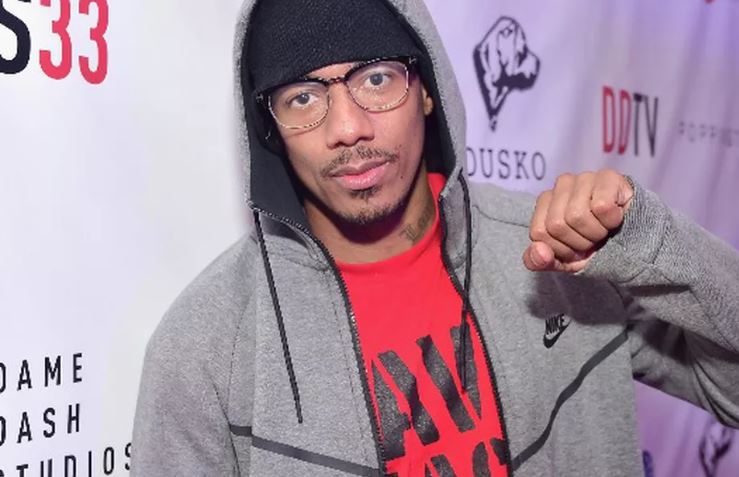 The Zionist Organization of America (ZOA) calls on Fox to fire television host Nick Cannon for his recent antisemitic comments, including praising Louis Farrakhan, a vicious anti-Semite who has described Hitler as “a very great man” and compared Jews to termites. While Cannon eventually apologized for his remarks, he failed to renounce and retract his praise for Farrakhan. Unless he does so, Fox should cut ties with Cannon immediately, as ViacomCBS appropriately did last Tuesday.

On a recent episode of his podcast “Cannon’s Class,” Cannon spoke with rapper Richard Griffin, known as Professor Griff, about Griff’s 1989 dismissal from the hip-hop group Public Enemy. The dismissal resulted from Griffin’s antisemitic statements about the power and “wickedness” of Jews.

On Cannon’s podcast, Griffin doubled down on his antisemitic remarks. Cannon said, “You’re speaking facts. There’s no reason to be scared of anything when you’re speaking the truth.” Cannon also referred to conspiracy theories about the Rothschilds, a Jewish banking family. In addition, he praised the anti-Semite Farrakhan, saying that “every time I’ve heard him speak, it’s positive, it’s powerful, it’s uplifting,” and that Farrakhan “has been demonized.”

In firing Cannon last week, ViacomCBS stated that “we are deeply troubled that Nick has failed to acknowledge or apologize for perpetuating antisemitism.” Cannon apologized after ViacomCBS’s decision.

Shockingly, Fox decided to retain Cannon as host of its televisions show “The Masked Singer.” In a statement last Wednesday, Fox said that Cannon had apologized and “quickly taken steps to educate himself and make amends.”

ZOA National President Morton A. Klein criticized Fox’s decision, stating, “If Cannon doesn’t publicly retract his praise for vicious Jew hater, and Israel hater Louis Farrakhan and publicly renounce this abhorrent anti-Semite, then Cannon’s limited forced apology has little credibility. If he doesn’t, then Fox should cut ties with Cannon, to make it clear that Fox truly has zero tolerance for antisemitism, the world’s oldest and longest hatred.”

We would love to hear from you! Please fill out this form and we will get in touch with you shortly.
Trending Z
News July 20, 2020
New Biden Nominees Opposed Abraham Accords & Involved in Israeli Election Interference
Uncategorized July 20, 2020
ZOA Letter to DOJ & FBI on New “Mapping Project” Antisemitic Threat by ZOA Pres. Morton Klein, Dir. of Research/Special Projects Liz Berney, Esq., Dir. Center for Law & Justice Susan Tuchman, Esq.
Op-Ed July 20, 2020
ZOA’s Mort Klein JPost Op-Ed: BDS Mapping Project Targets Every Jew, Including Left Wing, Israelophobic Jews
News July 20, 2020
U.S. Senators Criticize Tamara Wittes, Biden Nominee’s Anti-Israel Bias ― Jewish Groups are Deafeningly Silent
Center for Law & Justice
We work to educate the American public and Congress about legal issues in order to advance the interests of Israel and the Jewish people.
We assist American victims of terrorism in vindicating their rights under the law, and seek to hold terrorists and sponsors of terrorism accountable for their actions.
We fight anti-Semitism and anti-Israel bias in the media and on college campuses.
We strive to enforce existing law and also to create new law in order to safeguard the rights of the Jewish people in the United States and Israel.
Our Mission
ZOA STATEMENT
The ZOA speaks out for Israel – in reports, newsletters, and other publications. In speeches in synagogues, churches, and community events, in high schools and colleges from coast to coast. In e-mail action alerts. In op-eds and letters to the editor. In radio and television appearances by ZOA leaders. Always on the front lines of pro-Israel activism, ZOA has made its mark.
Related Articles
OP-ED BY: ZOA Staff ZOA Statement on Proposed Funding Cuts to CUNY